As much as I just love a plate full of blueberry pancakes in the morning for breakfast, there’s one thing that I love even more: blueberry waffles. Especially waffles that are made entirely from scratch with paleo friendly whole food ingredients. That’s exactly what you get with this recipe for blueberry coconut flour waffles. It makes delicious homemade waffles made with coconut flour instead of refined white flour, sweetened with a bit of honey, and of course, plenty of fresh blueberries. It’s one of my very favorite paleo breakfast recipes, and the best part of all is it only takes about 20 minutes to prepare from start to finish. 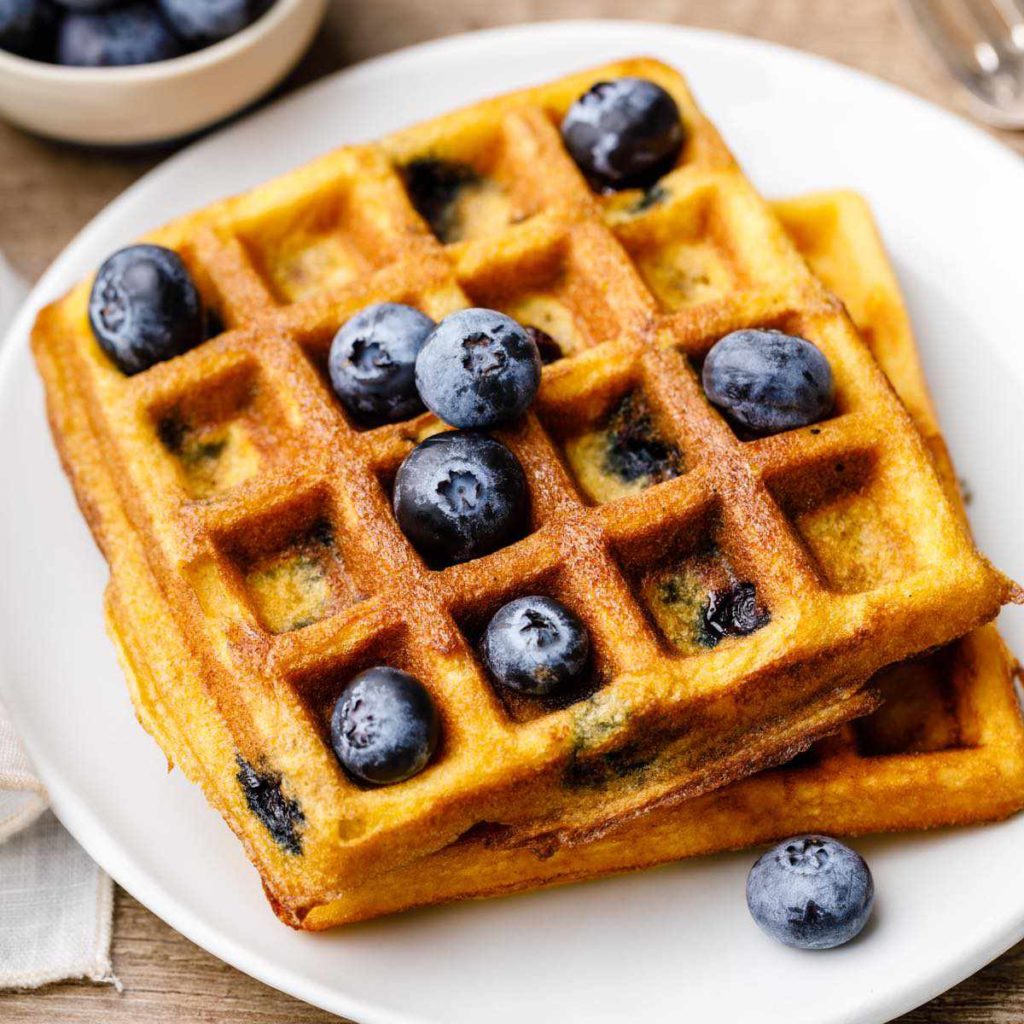 Making your waffle batter is incredibly simple, and you’ll only need a few ingredients to do so. It starts with mixing together your coconut flour with a bit of baking soda and salt in a bowl. I’ve been on a huge coconut flour baking kick as of late, and I’m sure once you start trying some of these paleo recipes that use it, you’ll fall in love with it as well. Unlike other forms of baking flours made with refined wheat, coconut flour has actually been shown to lower the glycemic index of certain foods it’s added to, partly because of its high dietary fiber content. (1)

After setting your flour mixture to the side, you’re going to need to beat your eggs and honey together on a medium speed until they are well combined. It shouldn’t surprise anyone that we use eggs to make the waffles, as they help to give some added protein and omega-3 fats to your breakfast while also adding consistency to the batter. Honey is one of my favorite all natural sweeteners to use in my recipes. It adds a ton of deliciously sweet flavor to things, but even more importantly, it’s packed full of beneficial phenols and flavonoids that have been shown to help reduce your risk of developing diseases like cancer. (2) 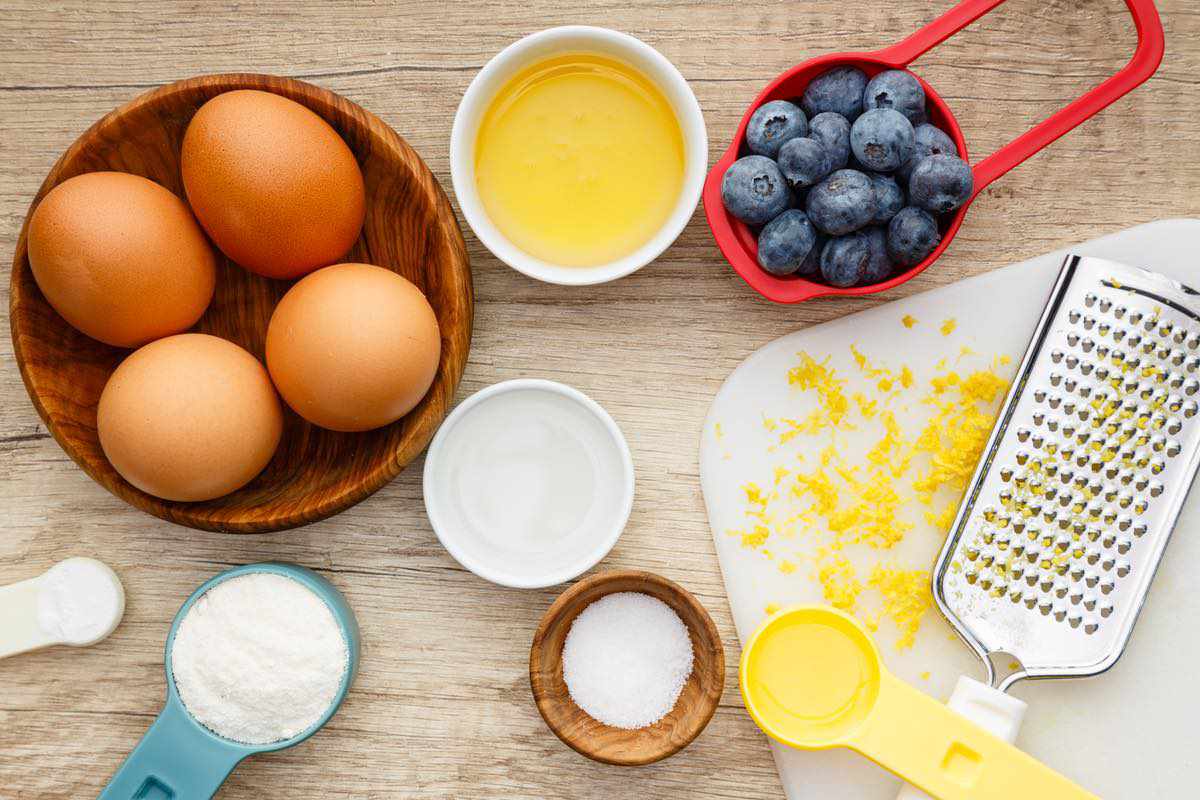 The next step is to add in the lemon zest, lemon juice, and melted coconut oil. Beat in these ingredients until they are well combined, and then gradually add in your coconut flour mixture as well. After doing this, you’re going to want to let the batter sit for between 5-10 minutes until it thickens. Now you can finally fold in your blueberries. They are not only a fantastic fruit to use in pancake and waffle recipes, but they’re also packed full of nutritional benefits as well. Blueberries are a well known source of antioxidants, and studies have even demonstrated that they possess several anti-cancer properties as well. (3) 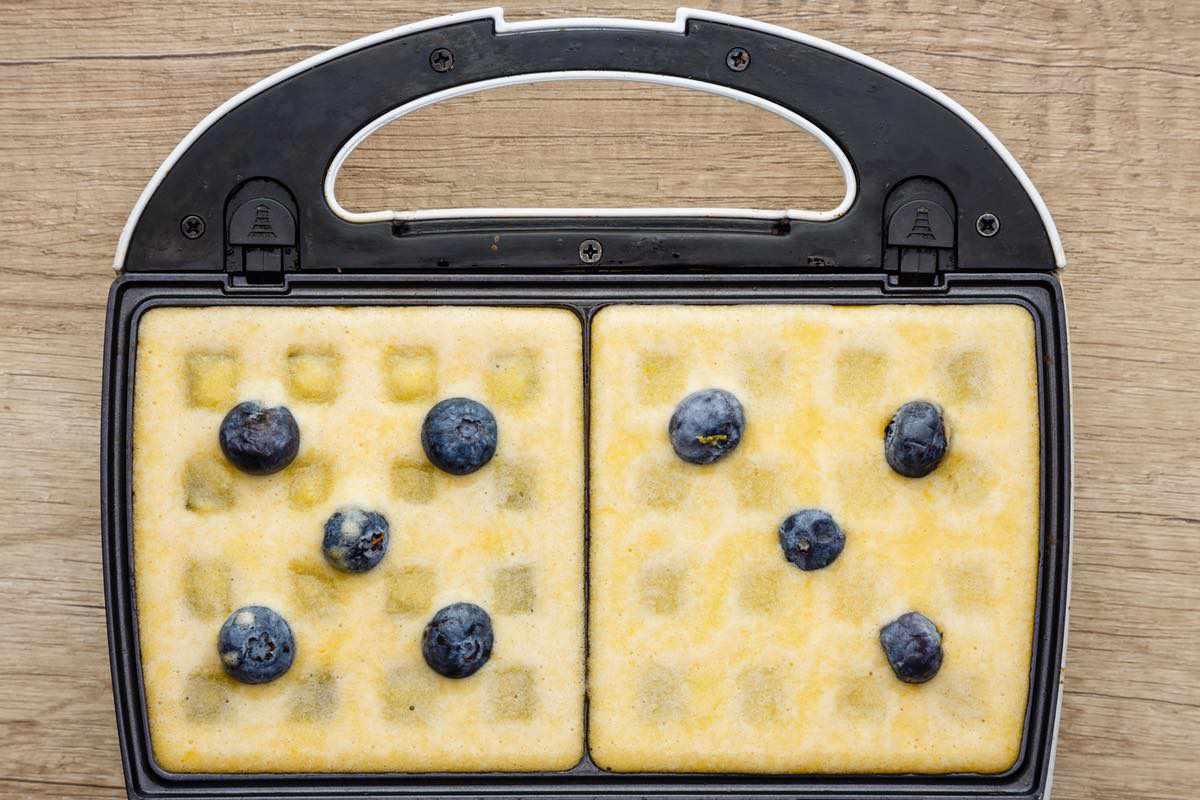 The Secret to Crisp Waffles

Before you cook your waffles, you’re going to want to generously coat your waffle iron with extra coconut oil. After the waffles are done cooking, serve them warm with extra fresh blueberries (feel free to use strawberries or any other type of berries) and your choice of additional topping. I like to switch back and forth between drizzling honey or organic maple syrup on mine to mix things up a little bit. 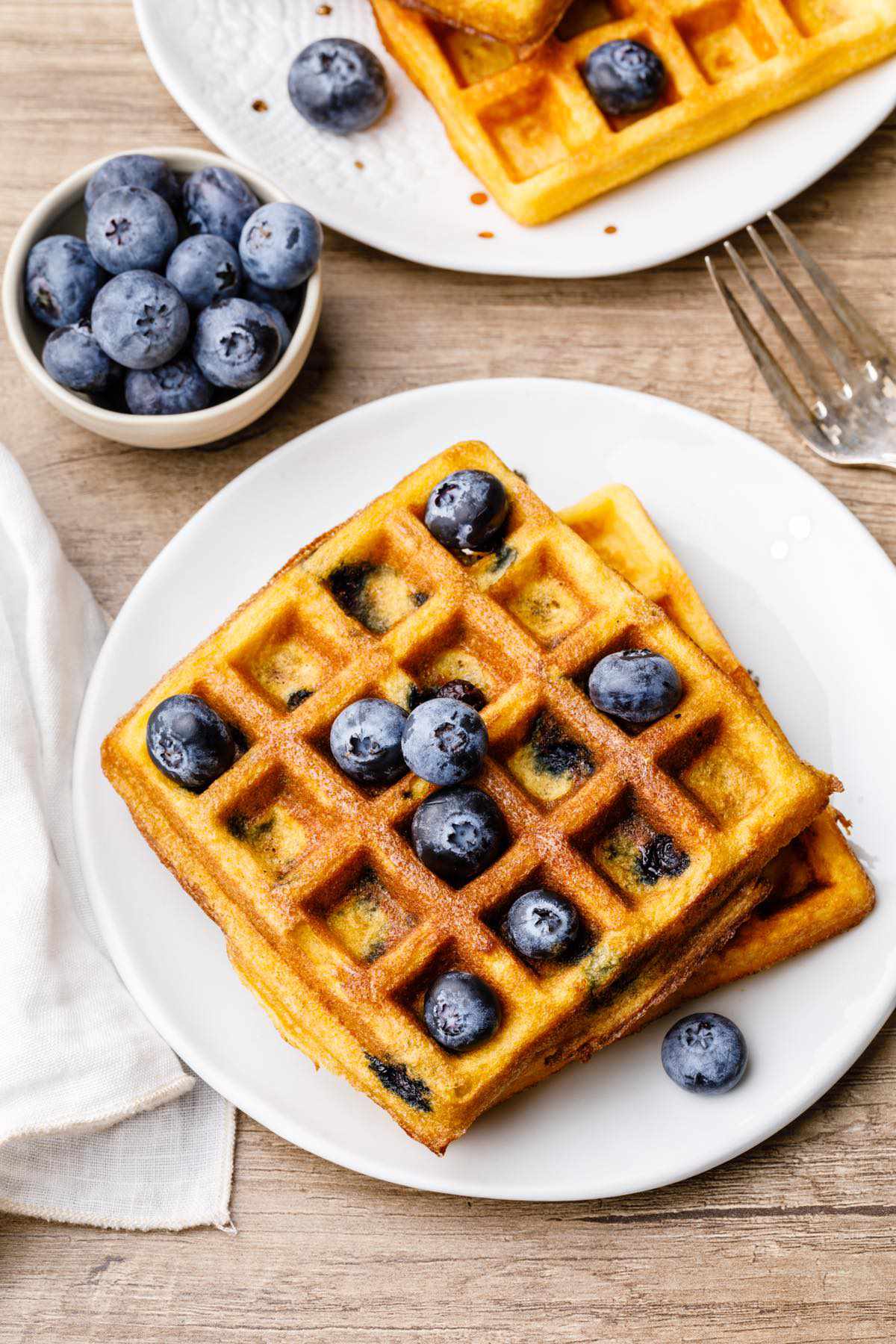 P.S. – Now that you’ve seen how delicious paleo waffles for breakfast can be, why not try out a few of our other great waffle recipes? They’re all totally paleo friendly and great to make for the family.

#3 – The Best Belgian Waffles Ever