Coconut bread can go a long way in helping you overcome any bread cravings that might pop up when you start eating Paleo. Coconut flour makes it so you avoid using wheat or other grains for the base of the bread, and it creates a nice light loaf that you’re sure to enjoy. Paleo is more about finding ways to have the foods you enjoy rather than writing them off entirely. These coconut bread recipes will have you feeling good that you’re on a diet plan rather than loathing it, which is half the battle. 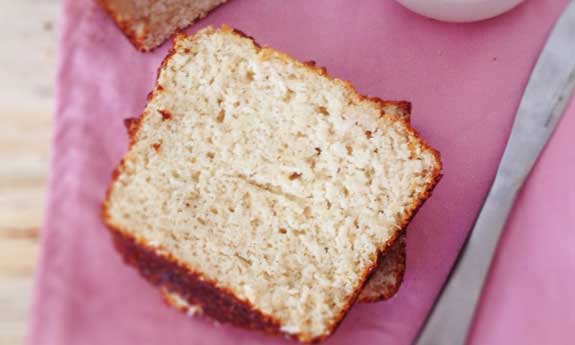 1. Coconut Bread
This offering uses dessicated coconut in addition to coconut flour for extra coconut flavor. Each recipe used here is totally in line with the Paleo foods you can eat, with items like cardamom, eggs, coconut yogurt and lemon you there isn’t anything in this that will make you feel bad after you eat it. This is the sort of bread you can bake up regularly so that you always have some on hand, or as a treat every once in awhile. Try spreading a bit of ghee on the top of it for a buttery experience.

2. Coconut Banana Bread
You can use coconut flour to make this rendition of banana bread, which includes one ripe banana for added potassium and fiber. If you’re not familiar with using coconut flour, it’s very similar to using all-purpose flour, and it’s a good idea to follow a recipe a few times before branching out on your own with it. This is a good place to start because it’s loaded with goodies like coconut oil which will give it a nice rich flavor, as well as honey which will help sweeten it up without the need of refined sugar.

3. Coconut Zucchini Bread
Getting vegetables at the same time as you’re getting a serving of bread is one way to make it even healthier. There’s even a banana used in this, so you’re getting even more nutrition than you might have originally realized. The one hallmark of eating Paleo is that it really is founded on sound principles, eating plenty of vegetables, some fruit, and lean meat is a proven way of eating right, and has been used by many people to get into the shape they want to be in. Don’t let a few misperceptions turn you away from eating Paleo. 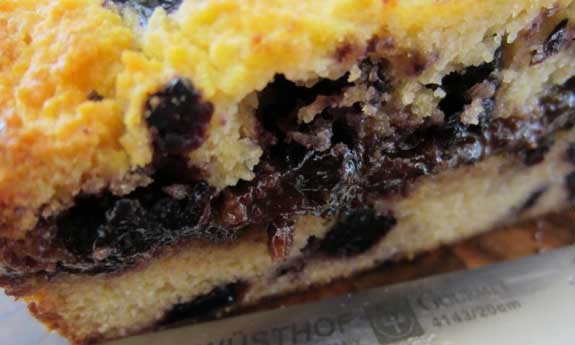 4. Coconut Bread with Chocolate Frosting
One way to make coconut bread taste better is to frost it with chocolate. Another is to load it up with blueberries, which is what they’ve done here. The combination of the chocolate and blueberries is enough to make this a passable entry for dessert, or a great anytime snack to have around. The combination of coconut flour and coconut oil will help the coconut flavor come through, and keeps this grain-free and dairy-free, two important considerations while on the Paleo diet. It’s also sugar free, even though it has a chocolate frosting they’re using raw organic honey for the sweetener and a special kind of chocolate chip that is Paleo friendly.

5. Coconut Flour Bread
This is a very basic coconut bread recipe that shows you just how little it takes to make an edible loaf of bread on the Paleo plan. There are only a small handful of ingredients being used, and this makes it a great base for adding your own selection of additional items to customize it to your liking. Ghee and honey start things off right with some much-needed buttery flavor and sweetness. Add to that the coconut flour which is where the magic really happens and you’re well on your way to a tasty loaf of bread in no time.

6. Paleo Cornbread
This is cornbread that doesn’t contain any corn, and is made with coconut flour instead. This makes it a great recipe to employ when you’re in the mood for cornbread and are reminded that corn isn’t allowed on the Paleo diet. It’s perfect combined with any of these Paleo chili recipes. It’s also great with most any meat dish, as well as soups and stews of all types. It’s so important to avoid corn and products made from corn because in most instances it contains GMOs which can really be a problem for the body. That’s what makes the Paleo diet so effective, because it cuts out so many foods that have been ruined by the food industry and brings things back to a simply time, or at least attempts to.