Cinnamon rolls are one way to remind yourself that the Paleo diet isn’t so hard to follow. After all, what other diet plan out there needs no Free Day or Cheat Meal to let you have what you really want? Only on Paleo can you have your cake and eat it too, or in this case cinnamon rolls. These recipes all conform to Paleo eating guidelines, losing the wheat-based flour and making the icing using natural and wholesome forms of sugar and sweetness. Oh, and of course loads of cinnamon. 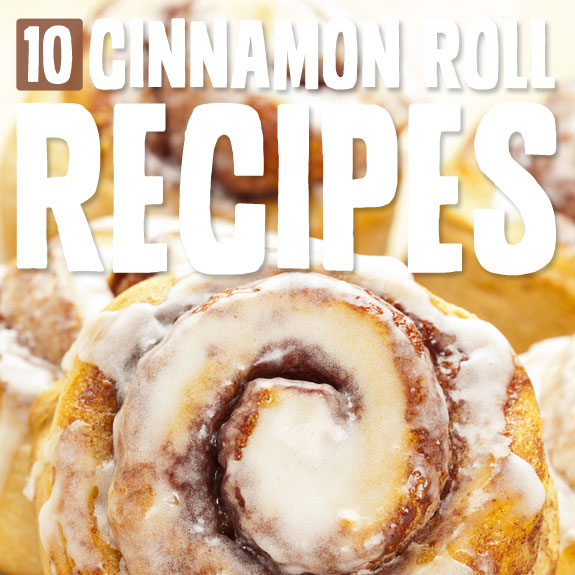 1. Paleo Cinnamon Rolls
This is Kelly’s second attempt at Paleo cinnamon rolls, and we think she got it right, although we’d welcome a third attempt if she thinks she can best herself. These are just right, ooey-gooey and are the doppelganger you’ve been looking for. The dough is made with a combination of tapioca flour and coconut flour, so it’s not dense and weighty like other Paleo flours. She includes the recipe for both the filling that goes in between the dough, and the icing that goes on top. We like the way she’s structured this and it’s easy to follow and re-create in your own kitchen. 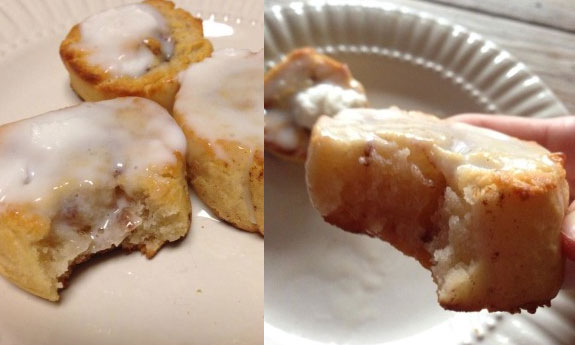 2. Grain-Free Cinnamon Rolls
Here’s a grain-free batch of cinnamon rolls that you can’t help but become enamored with, and you may end up baking them up on the regular. She’s using almond flour for the main ingredient of the dough, and cutting it up with some coconut flour for the right taste and texture. Butter, eggs, honey, and cinnamon combine to give you the basic necessities of a cinnamon roll. Really once you solve the flour problem you just need to be sure not to use any refined sugar and cinnamon rolls are perfectly edible on Paleo. Honey and coconut milk form a simple yet effective icing.

3. Pumpkin Butter Cinnamon Rolls
Pumpkin butter can be your friend on Paleo, and here they’re using it as part of the icing that goes on the rolls, as well as right in the dough itself. She provides a link to the recipe for pumpkin butter so if you’re unable to find any locally you can make your own. It’s always preferable to make your own everything while on Paleo rather than trust that you’re getting a Paleo friendly version from the store, even a health food store. Once you’ve got your pumpkin butter sorted, the rest of the recipe falls together and in a short time you will be stuffing your face ever so politely with these.

4. Microwave Cinnamon Rolls
Sometimes the cinnamon roll urge is so strong you need them like 5 minutes ago. At these times you need to do a self-intervention to keep yourself from speeding to the nearest Cinnabon. These microwave cinnamon rolls may be just the ticket to stop yourself from doing anything drastic, and staying on track. You won’t have to torture yourself with minute after minute of the wonderful cinnamon roll aroma emanating from your oven, as by the time you smell the smell these are done and you can eat them. All Paleo approved ingredients so don’t let that stop you, dig in! 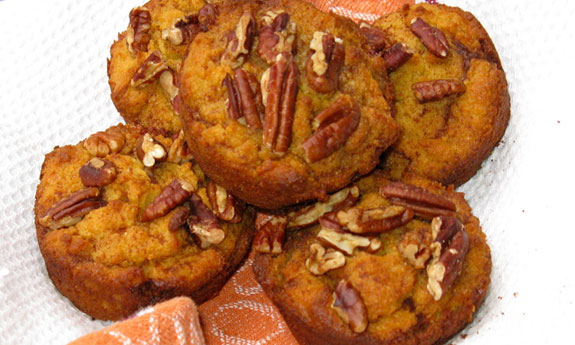 5. Cinnamon Roll Squash Muffins
Cinnamon rolls are yummy but sometimes they can be a bit messy, and they aren’t the best choice when you need something portable. Problem solved with these cinnamon roll squash muffins. You get the classic flavoring of cinnamon roll in muffin form, with squash baked in so you are getting some vegetable along with your muffin. Muffins get the award for best portable morning meal, and here you’ve got something that will not only make it so you satisfy your sweet tooth, but also so you don’t get hungry 30 minutes later and can actually focus and feel good until lunch.

6. Walnut Raisin Cinnamon Rolls
These cinnamon rolls are suped up with walnuts and raisins so you are getting extra protein, healthy fats, and vitamins with your rolls. You can tell Taylor has an eye for using high quality ingredients, something you should adopt while on Paleo because quality matters, a lot. Examples of this include her decision to use grass-fed butter, and the decision to go with two different types of flour to get the mixture just right. Only using coconut flour would make these too light, and only using almond flour would make them too dense, but blending them in the right ratio works perfectly, as you’ll see.

7. Apple Chunk Cinnamon Rolls
Add the delicious taste of apples to your cinnamon rolls and you’ll never look back. When you think about it, an apple pie and a cinnamon roll have a lot in common, and it’s only natural that apples would be used. Here they’ve got them wrapped right up in the roll, so you don’t have to worry about them falling off the top or sliding around on the icing. Honey and coconut oil are used to make the topping, and once you taste all of these ingredient together you’ll be hooked on having apples with your cinnamon rolls. 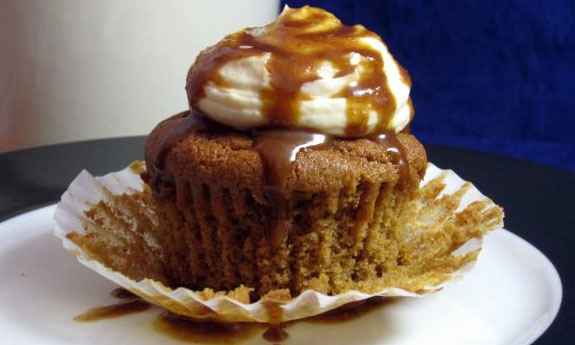 8. Cinnamon Roll Cupcakes
Putting cinnamon rolls in cupcake form is a great idea, and they’ve even included the instructions on how to make a butter bourbon cream cheese frosting. They’re using cream cheese here, which isn’t strictly Paleo as it’s dairy, but they’re using organic cream cheese so at least it will be free of antibiotics and growth hormones. If you already know that you don’t digest dairy well, you may want to take pass on these, or at least on the frosting. The use of bourbon will give your taste buds something to smile about, and this is one cinnamon roll recipe not to take lightly.

9. Gluten Free Paleo Cinnamon Rolls
These cinnamon rolls are gluten-free, as is any Paleo recipe because Paleo is a grain-free diet by default. Just because they’ve gotten the gluten out of these doesn’t mean they taste funny, or will have you thinking that you’re eating “modified” food. These taste like the real deal, and they also look scrumptious too, so you can really pull a fast one over on your palate. Coconut sugar is used, so rather than the industrial-grade refined sugar you get in big bags at the store, you’re using something less processed and more real.

10. Peanut Butter and Carob Chunk Cinnamon Rolls
We know, you can’t eat peanut butter on Paleo, but this doesn’t use any peanut butter, yet provides that peanutty taste to these cinnamon rolls. There’s also carob being used, so you’re getting chocolate and peanut butter taste to go along with the classic taste of cinnamon rolls. This really upgrades the entire experience and you’d be hard-pressed to find a tastier cinnamon roll recipe that goes this far to satisfy multiple cravings with one roll. And even though it sounds complicated thanks to the extra ingredients, it’s really not much more difficult than making a regular batch of cinnamon rolls.