Is there anything more comforting than the smell of freshly baked cinnamon rolls? How about the smell of browning butter in a pan? Combine the two and it’s absolute heaven, and the best part is it can be healthy, too. In fact, with certain recipes, I’ve grown to like the paleo version even more because I love knowing that I’m giving my body what it needs to perform well, and when I have a full day of work and chores ahead of me, I need all the help I can get. These cinnamon roll paleo waffles are just the kind of breakfast you need to take on a long day, trust me. 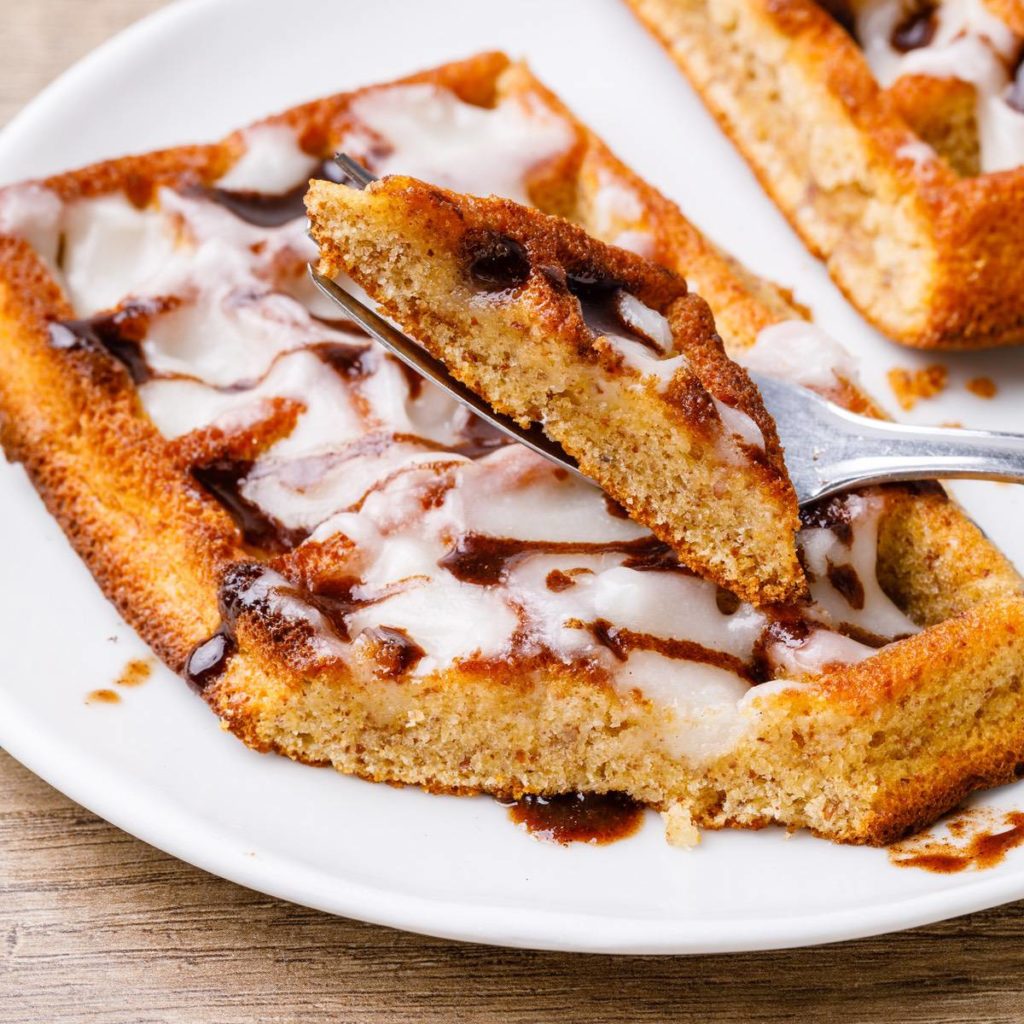 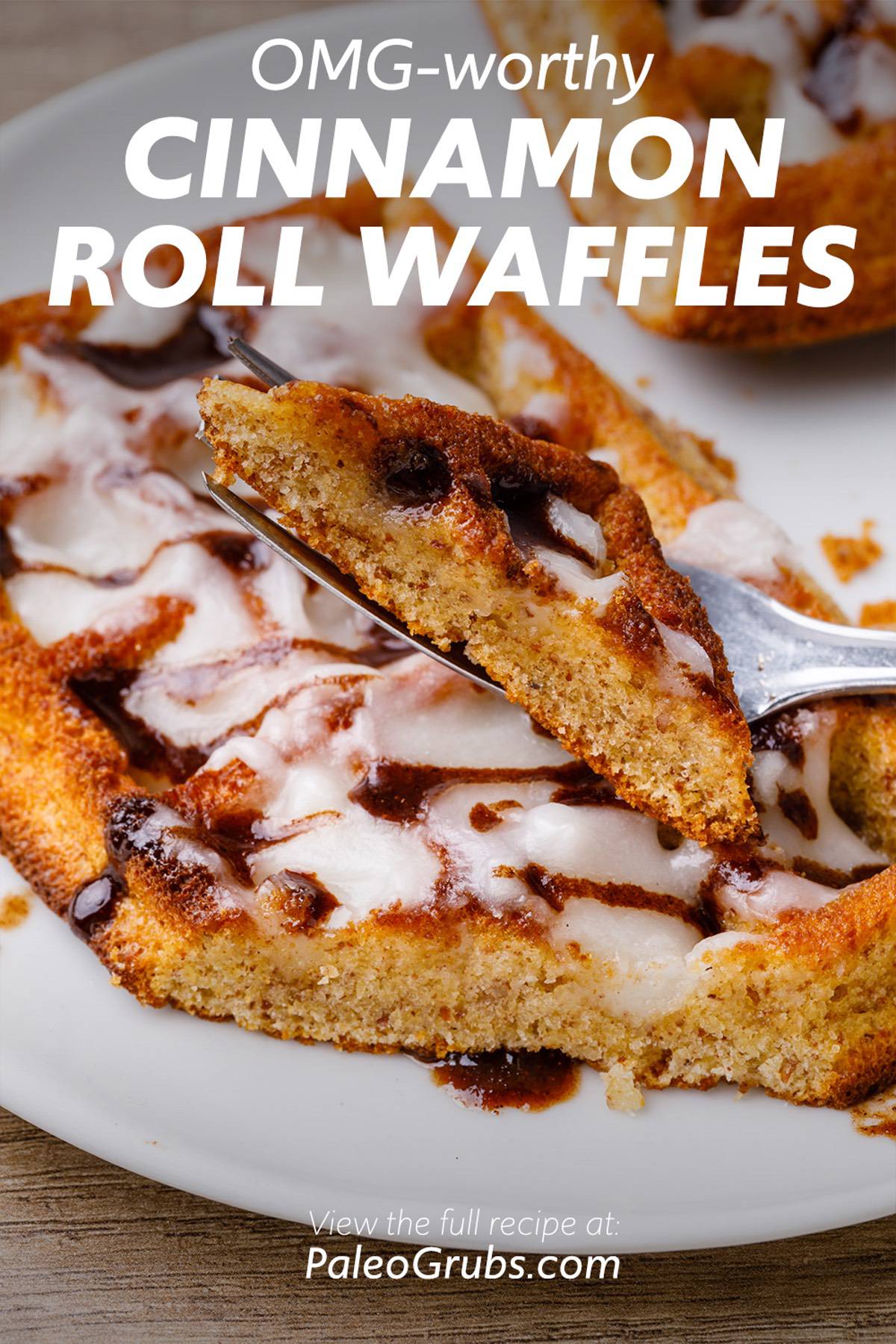 The Best Paleo Waffles You Will Ever Have

I have a classic paleo waffle recipe, which I love to make when I’m on a chicken-and-waffles kick, but cinnamon rolls are my absolute favorite, so it needed to be done. Like my classic waffle recipe, this cinnamon roll variant is also made with almond flour, but it requires a few more ingredients to give it that signature flavor. 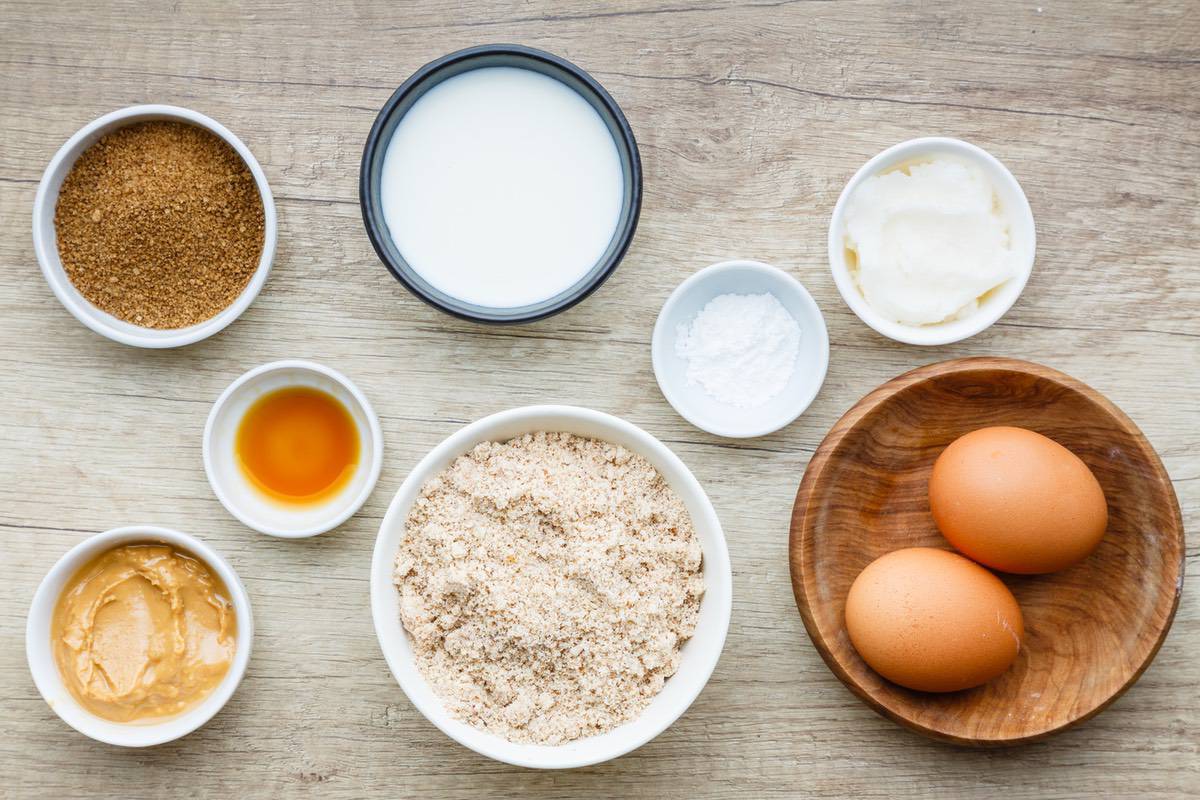 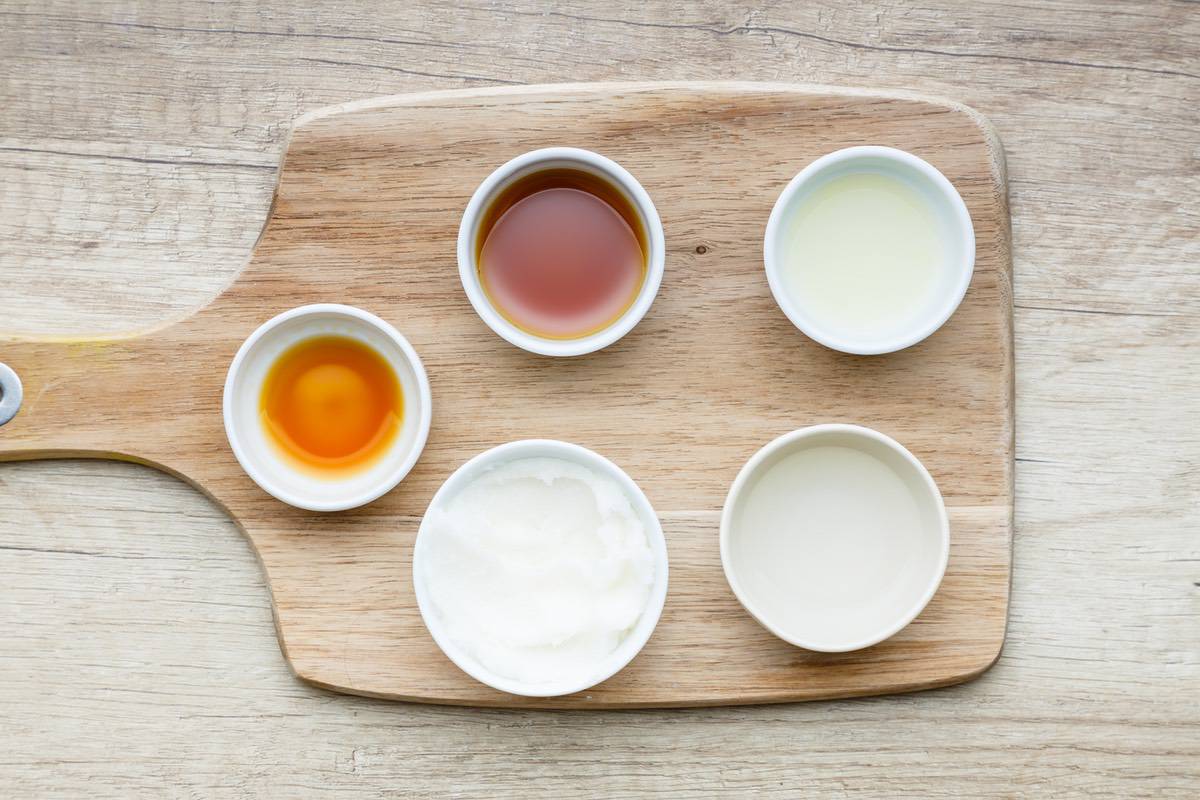 The sauce is actually pretty easy. For the cinnamon sauce, simply combine the coconut oil, maple syrup and vanilla in a bowl and set aside. For the cream cheese glaze (my favorite!), mix together your coconut butter, maple syrup, lemon juice, vanilla extract and water until you reach your desired consistency and set aside.

In my paleo cinnamon rolls recipe, I used a slightly different glaze made with coconut cream, honey and cinnamon. I highly, highly recommend trying that one out as well.

Now, back to the waffles…

For the waffles, you’ll need to mix up your almond flour, coconut sugar, baking powder, salt, egg yolks, almond milk, almond butter, vanilla extract and coconut oil until smooth. I like using a food processor for this just to save me some elbow grease, but you could also mix this by hand as well. 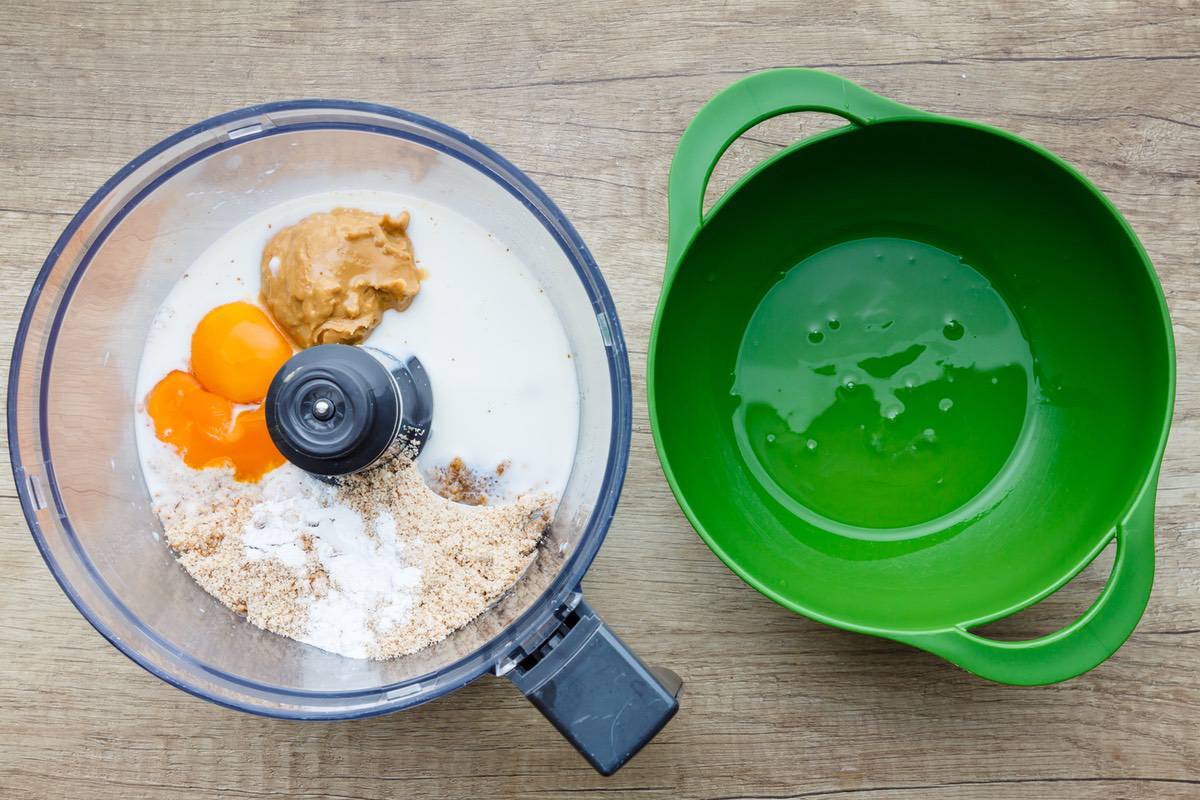 In another bowl, beat the egg whites until they form stiff peaks. This step is important as it will help fluff up the waffles so if you have a hand mixer, now’s the time to use it! Gently fold the egg whites into the batter. 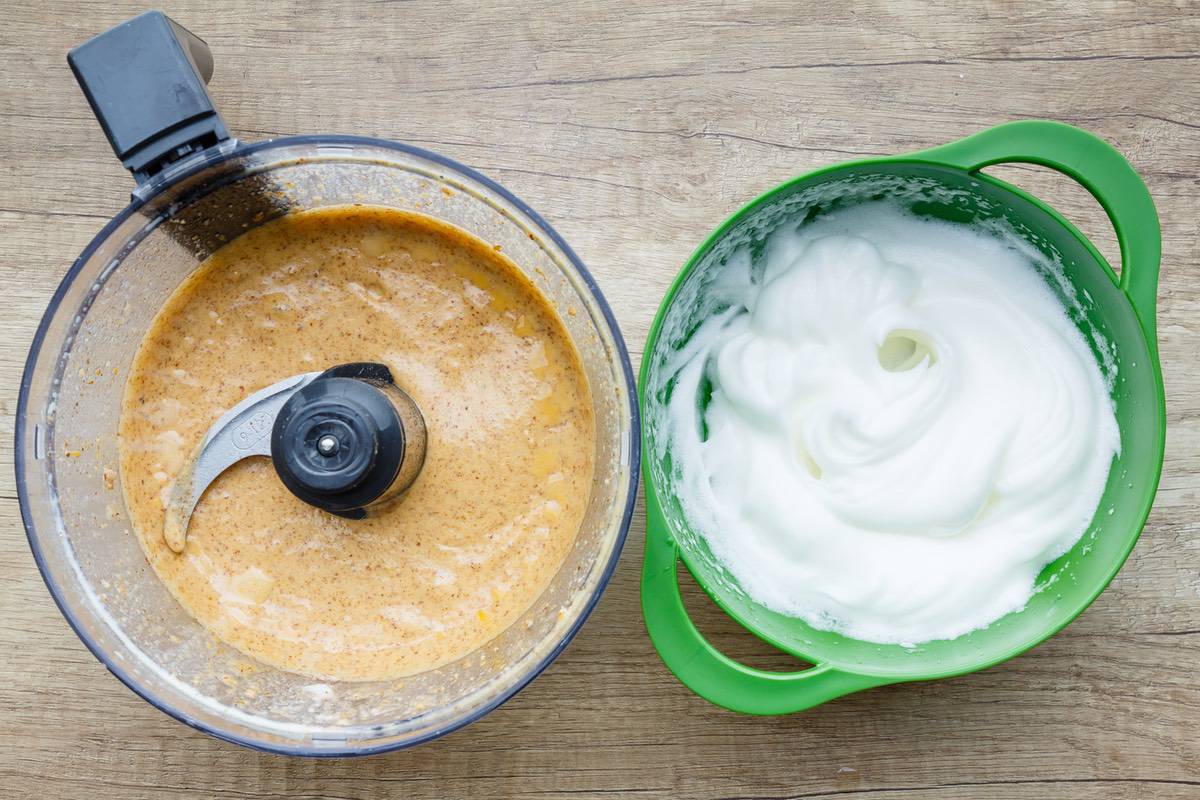 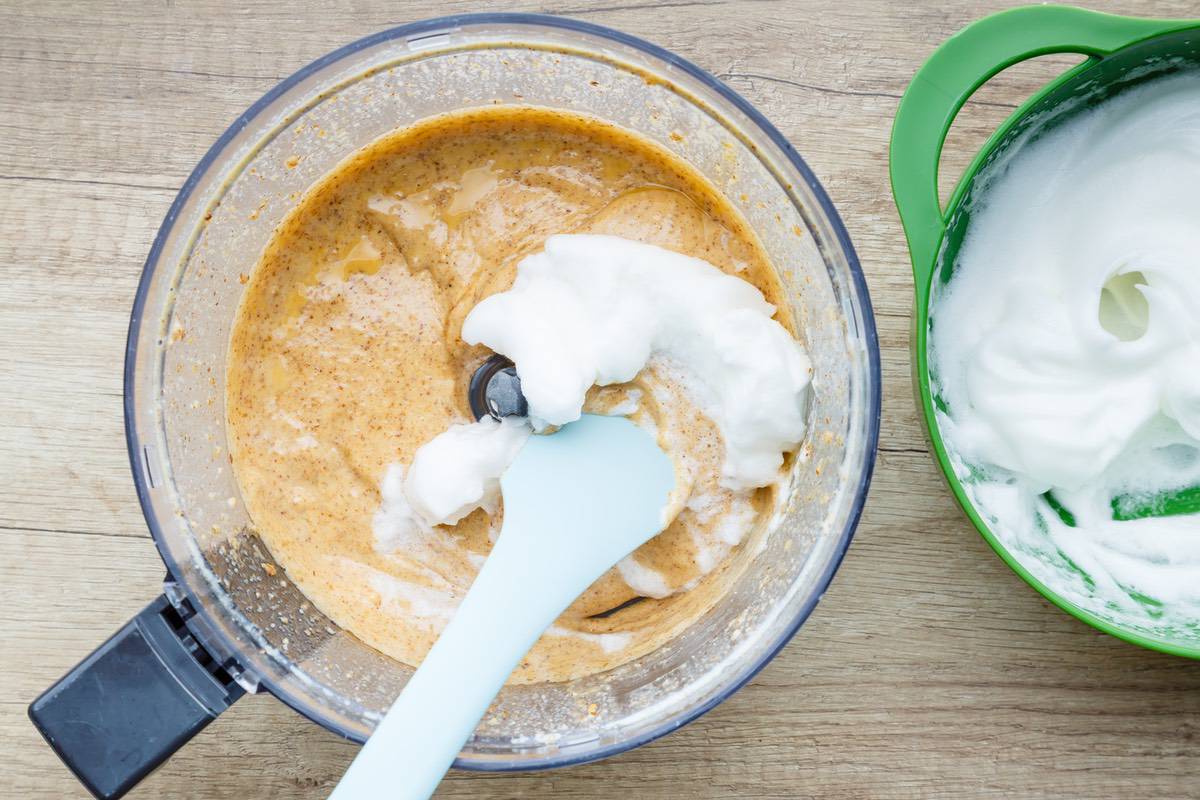 Can I Still Make Waffles Without a Waffle Iron? 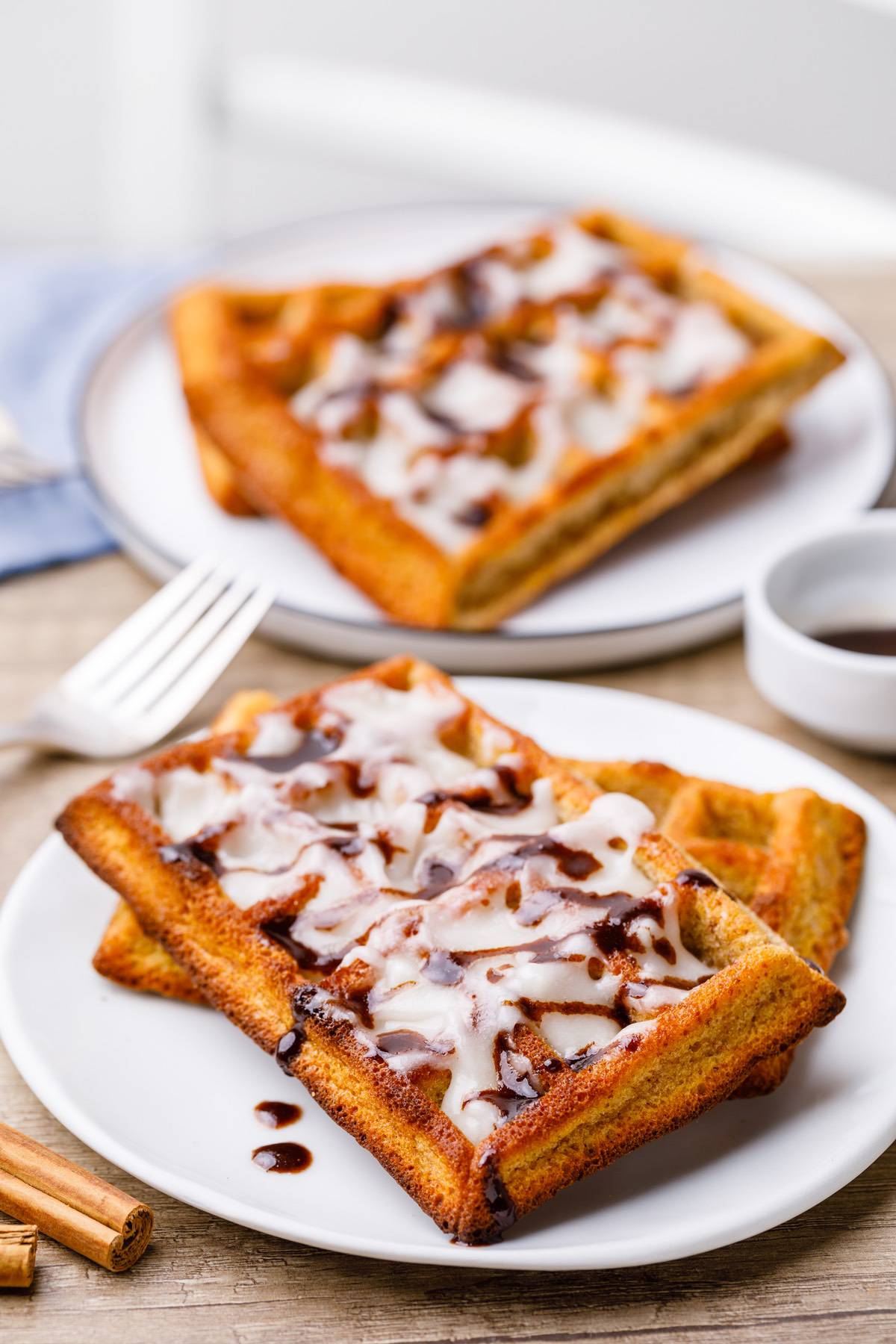 You may think making waffles is as easy as pouring the batter in and waiting for the timer to beep, but there are certainly some things worth considering if you’re interested in making the best waffles ever.

Just like when you’re about to deep-fry something, you want to make sure that the pan and oil are the right temperature. With waffle irons, there is usually a light indicator to show that the waffle iron is hot and ready to go. However, if it doesn’t have one, usually 3-5 minutes is enough for your waffle iron to heat up. 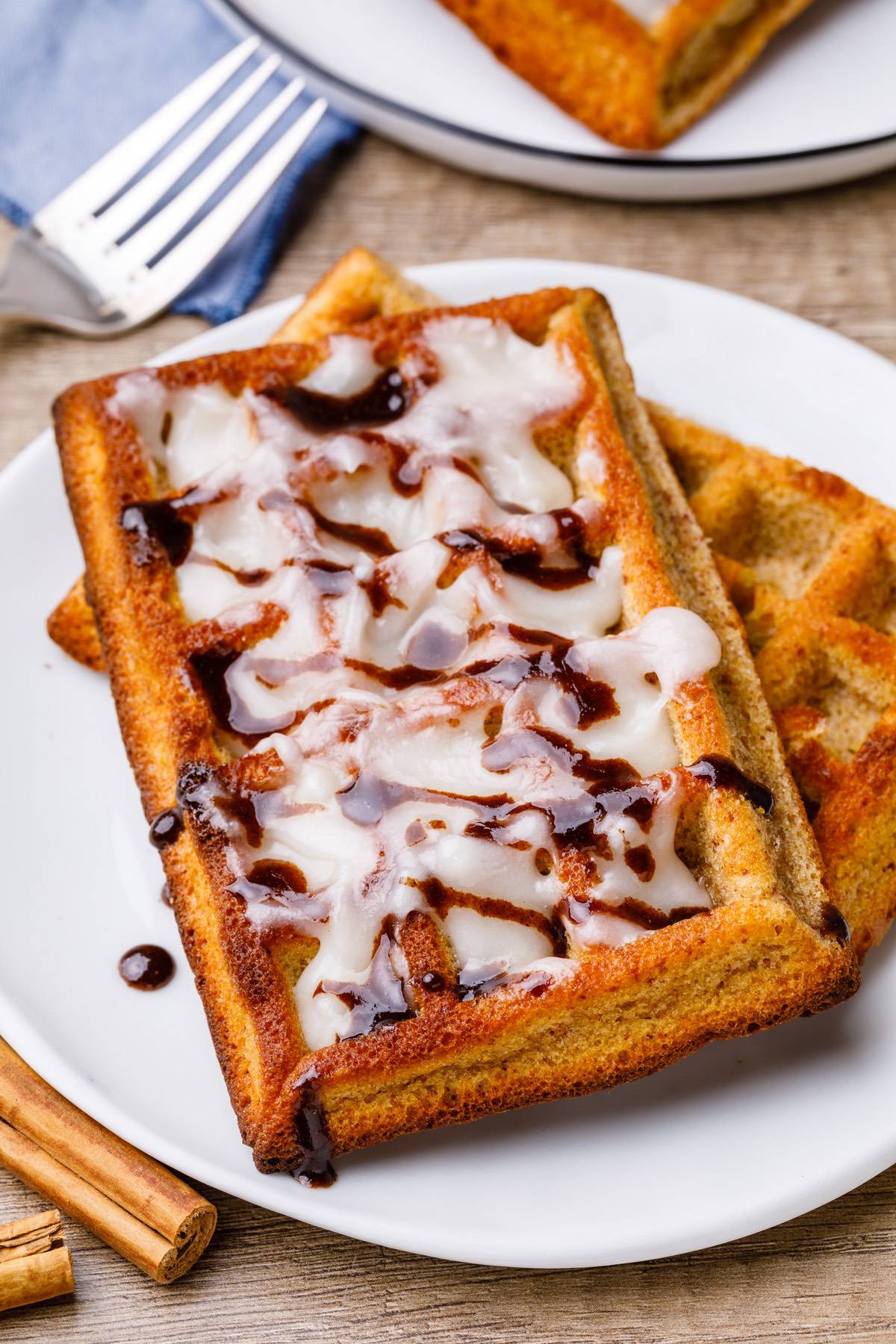 For this recipe, I like to use coconut oil to coat my waffle iron but you could use whatever oil you’d like, really. This will not only prevent your waffle from sticking, but it will also add flavor and texture to your waffle.

Most waffle irons are two halves that must be folded together to form a whole, sealing the waffle into one solid piece. However, it can be difficult to gauge just how much batter is needed to fill the top half without causing it to overflow over the sides of the waffle iron. I find that barely covering the bottom of the waffle iron is enough to make an adequately thick waffle.

You’re probably so excited to check if your waffle is ready, but I must insist that you wait for the prescribed 3-5 minutes before lifting the top of the waffle iron.

If you lift it up even just a little bit before it’s ready, the two waffle halves can separate, leaving you with two very sad-looking pieces instead of one whole piece.

With enough time, the waffle will cook as one piece and you’ll have an easier time lifting the lid with minimal risk of the upper waffle half going along with the top lid.

It’s crucial that you don’t leave your waffles in for too long because they will start to look extra toasted and start drying out on the inside. By the time you bring it out and it cools, your waffles will be dense, powdery and not at all how it is intended to be. 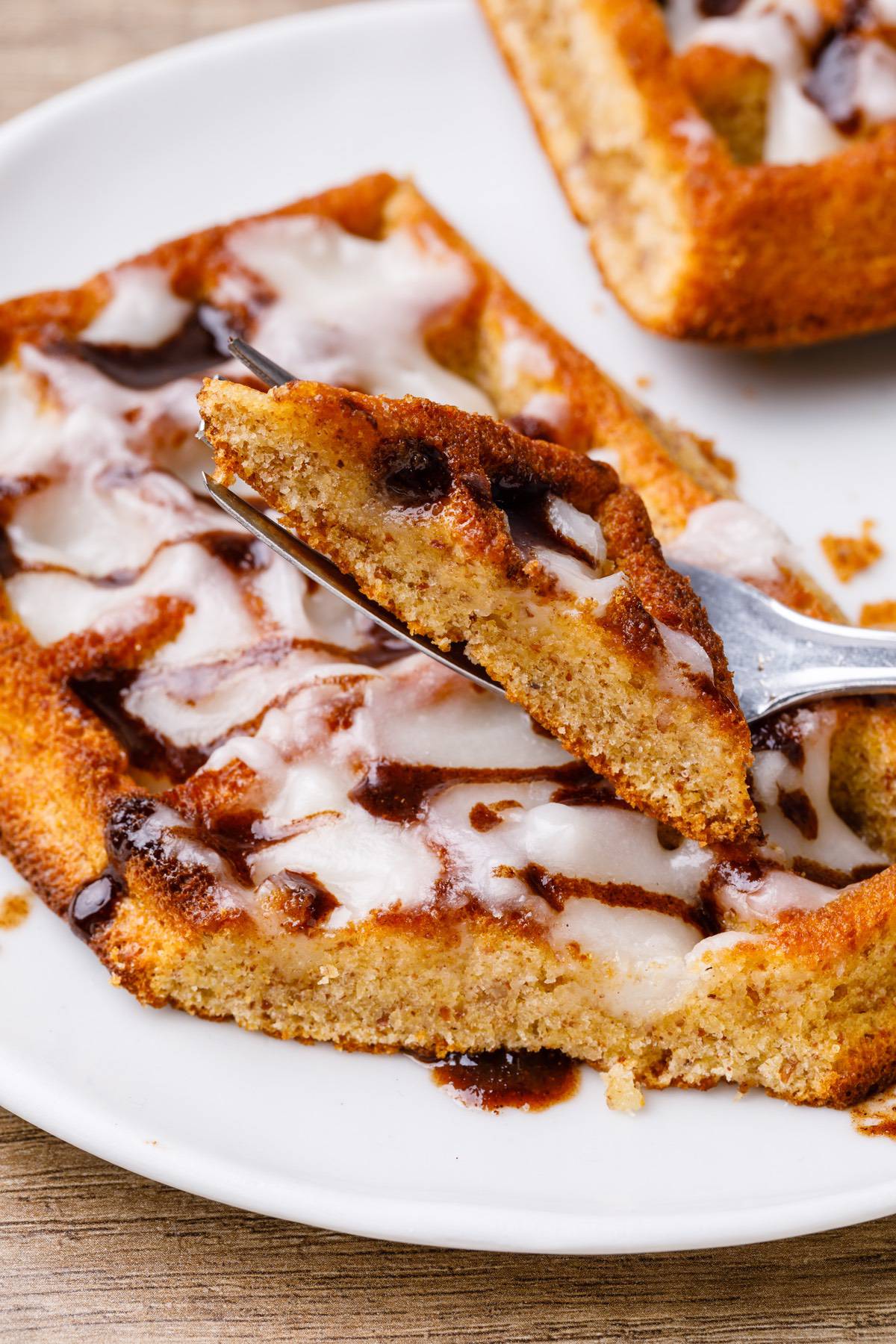 Can Waffle Batter Be Used for Pancakes?

Strictly speaking, you could of course use waffle batter for making pancakes. However, waffles are meant to be crisp on the outside, so the recipe is made to create that texture. Cooking it on a pan or pancake griddle could result in it burning more easily due to the oil and/or sugar content.

How to Reheat Waffles

If you have some waffles left over, do store it in the refrigerator in an airtight container. I would use cling film to wrap each individual piece to prevent it from drying out. To reheat, simply leave your waffles out at room temperature for a few minutes and preheat your waffle iron. Leave it in your waffle iron for 1-2 minutes and you should be good to go. Don’t forget the paleo maple syrup!