Slow-cooked chicken and vegetables turn out incredibly moist and flavorful in this chicken tagine recipe. Inspired by Moroccan flavors, this fragrant dish is actually incredibly easy to put together. Once all of the ingredients are in the pot, you are free to do other things for an hour until it is finished cooking. Serve the chicken and vegetables, along with the accompanying rich, sweet sauce, over cauliflower rice. 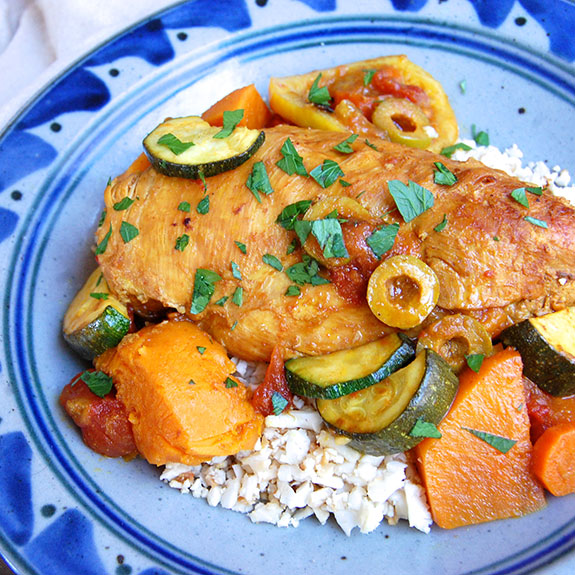 Tagine is the word used to describe a type of North African dish, and also to describe the actual vessel that it is cooked in. The vessel is similar to a Dutch oven, in that the ingredients are placed into the tagine and slowly cooked together over a long period of time. The conical shape of the tagine traps the steam in the pot. If you do not have a tagine for this recipe, it is not a problem. I used a Dutch oven (so that is what is detailed in the instructions), or you could also use a heavy-bottomed pot with a lid. The recipe still provides the depth and flavor of traditional tagine in little over an hour.

The ingredients that you incorporate into a tagine are flexible. For example, the tagine could also be made with an equal amount of chicken legs or thighs. When cooked this slowly, the chicken comes out tender and tasty. If you don’t have one of the vegetables on the ingredients list it’s also not a big deal. Other popular add-ins (that I did not incorporate into this particular recipe) include raisins, dried apricots, and preserved lemons, which would all correlate with the existing Moroccan flavors. 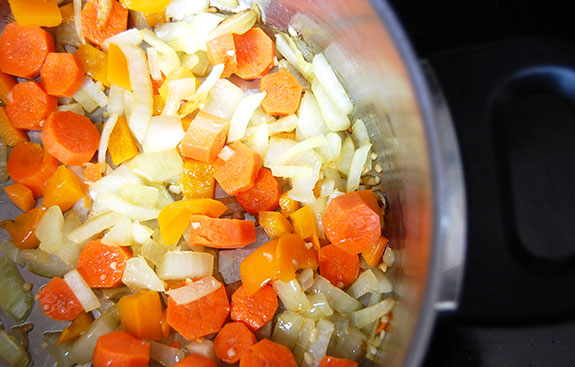 The sweet and savory flavors of this dish take time to develop, so this is a good recipe to make on the weekend when you have that time. You might also have food left over for the rest of the week, depending on how much you make. The leftovers tend to get better and better since the flavors deepen the longer they sit together. 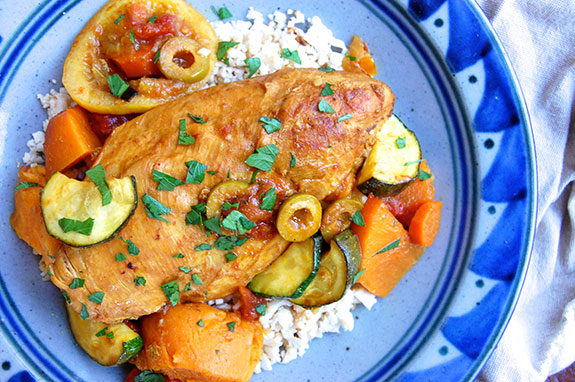