You’ll be happy to know that this paleo pumpkin chili recipe spares no expense when it comes to loading up on high quality, wholesome ingredients. There’s enough spices in it to get your tastebuds humming, but it’s also full of nutritious ingredients like pumpkin, chicken breast, and garden fresh vegetables. This is an easy way to sneak more vegetables into your kids’ diet without making them feel deprived. 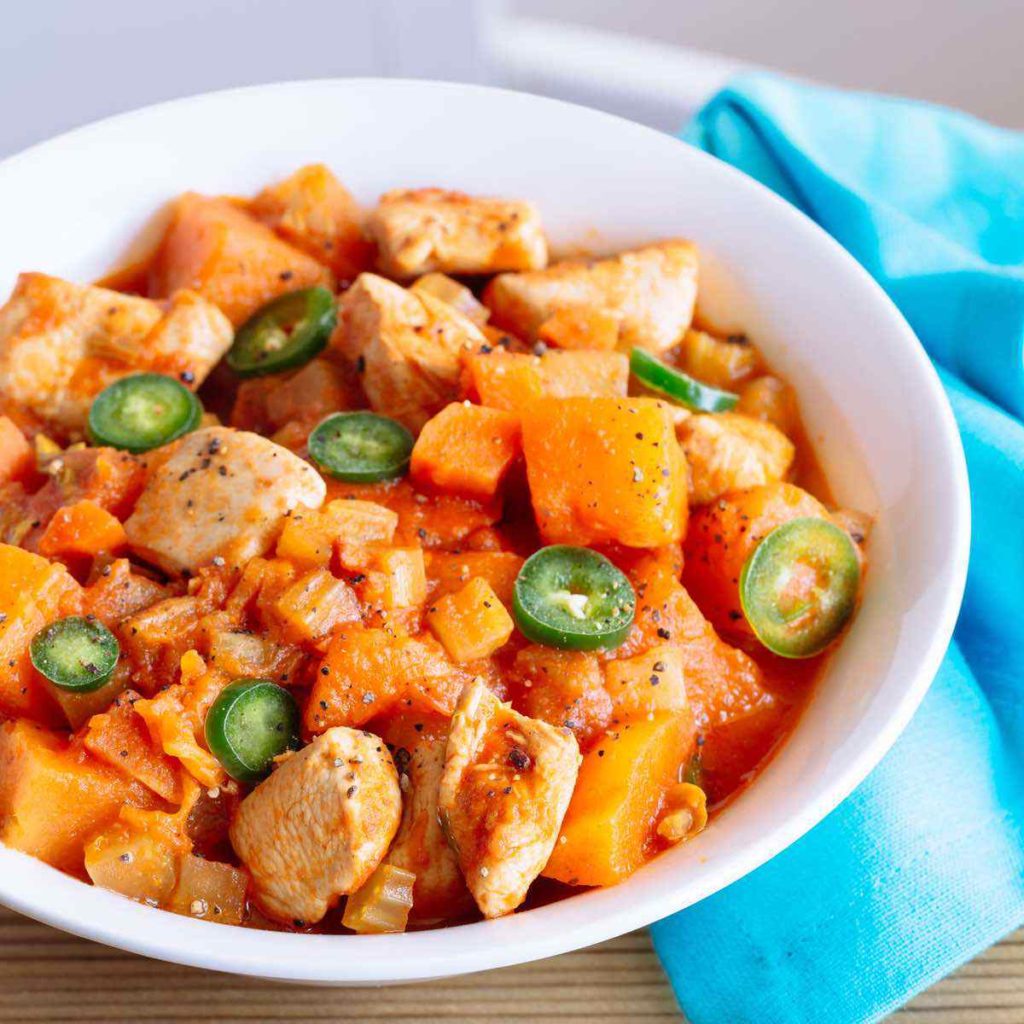 Like I said, I prefer my warmer weather chilis packed with veggies. And this recipe brings the veggies! It has celery, carrots, onion, and pumpkin. So you’ll be getting tons of fiber and a hearty meal without feeling bogged down. And I like that this recipe uses chicken. Again, it simply gives it a lighter overall feel than beef chili does (but don’t get me wrong – I love my beef chili too!) and the chicken is loaded with protein so your hunger will definitely be satisfied by this.

I’ve learned over time that sticking to my Paleo eating is a matter of preparation. If I don’t prepare ahead of time, one of two things happen (and sometimes both). One, I have nothing on hand when I get the munchies and instead of keeping my body on an even keel, I get so hungry that I overeat at my next meal. Or two, I grab something quick from a store – and that almost inevitably leads me to something that’s not Paleo-friendly. So, planning my meals ahead has become part of my weekly and daily ritual. 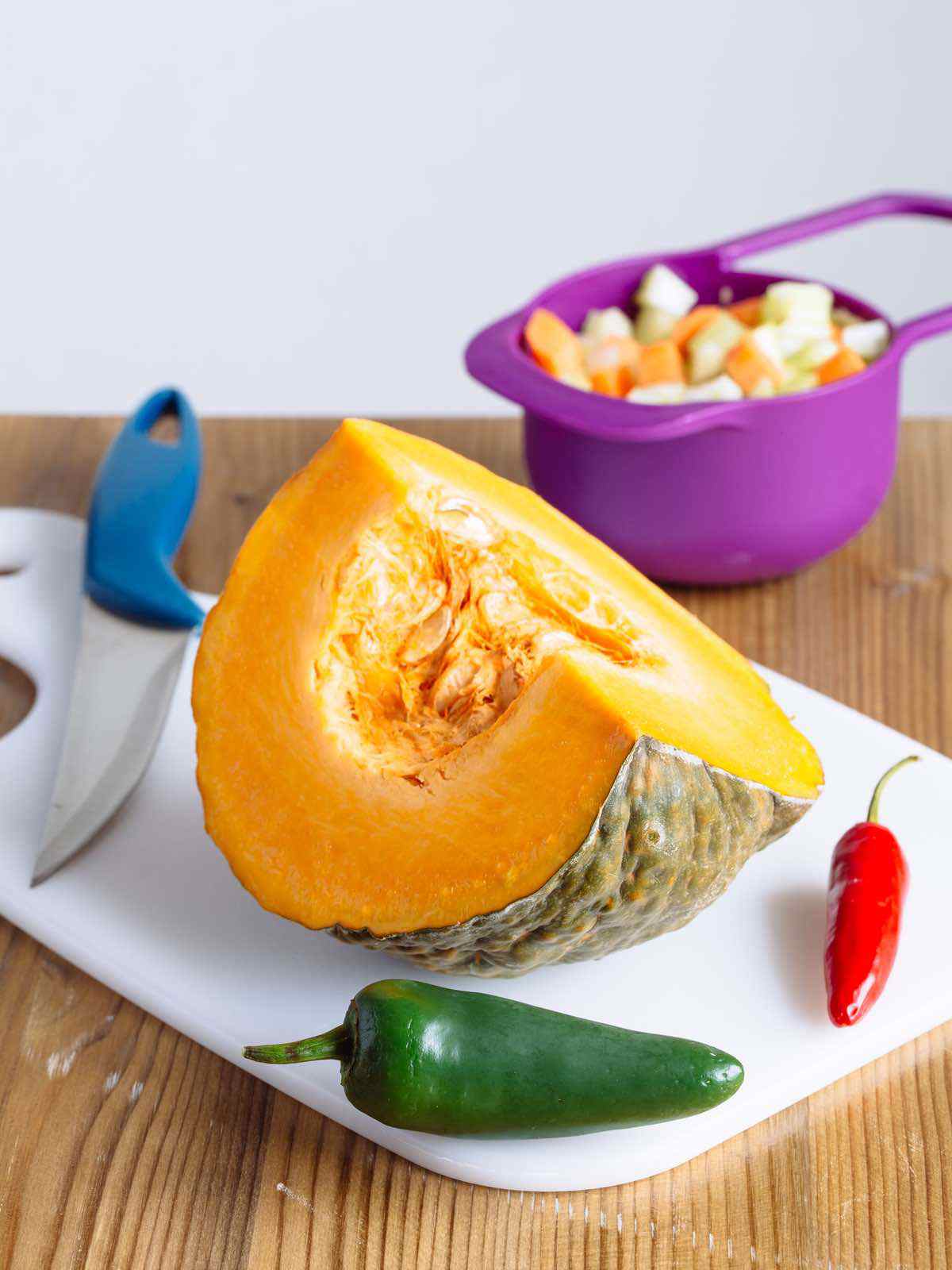 I’m telling you about planning ahead in conjunction with this recipe because this is a great one to make ahead and portion out and have ready to go in the fridge or the freezer, if you’re not going quickly get through the whole batch. A few minutes of reheating and you’ve got a healthy Paleo meal, packed with protein and vitamins and nutrients and fiber just waiting for you. 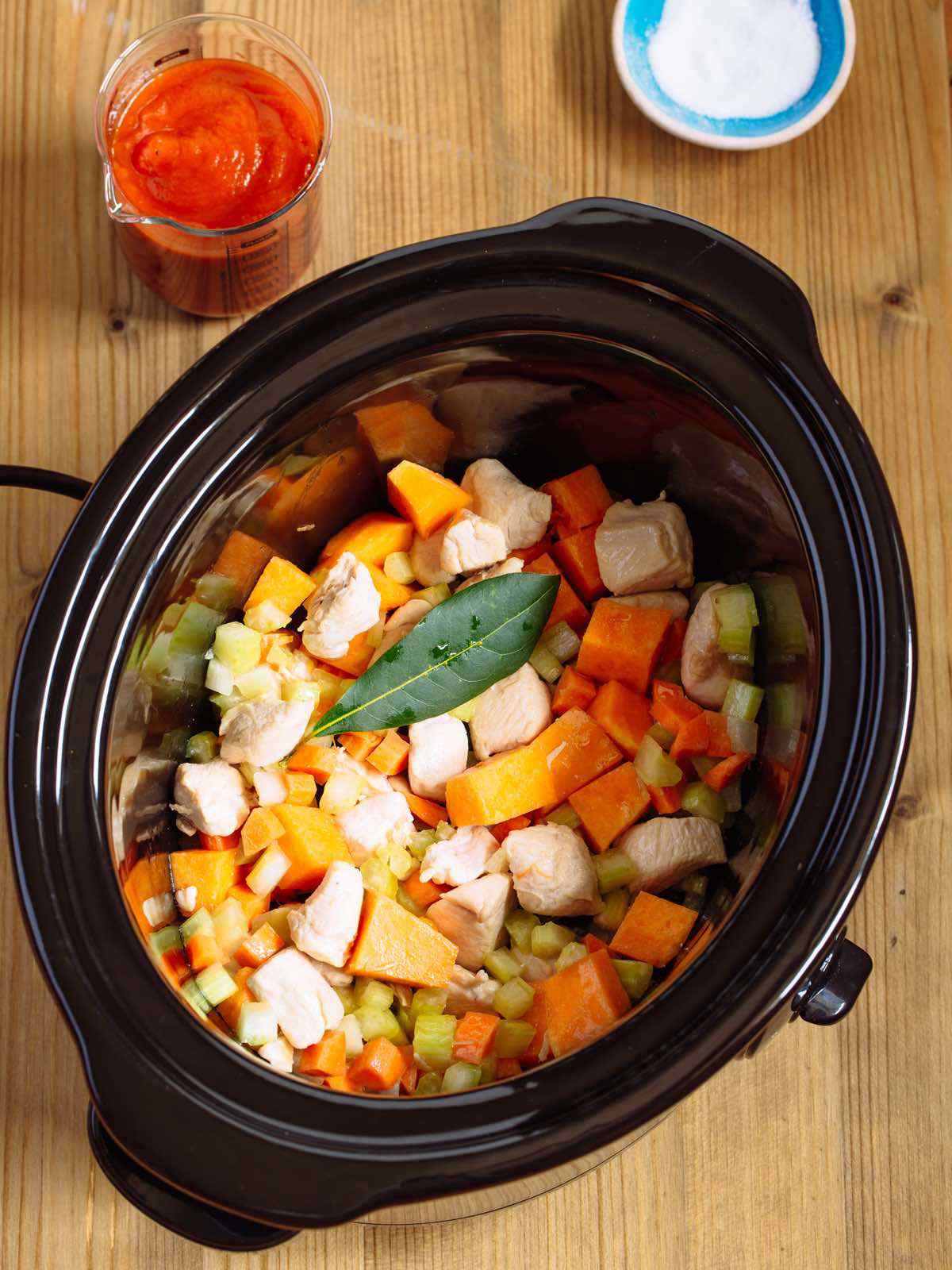 Of course, this is also a great dish for when you have guests because all the prep is done way ahead of serving time. Once it’s ready, all you have to do is serve it – so no time with your guests is wasted while you slave away in the kitchen. 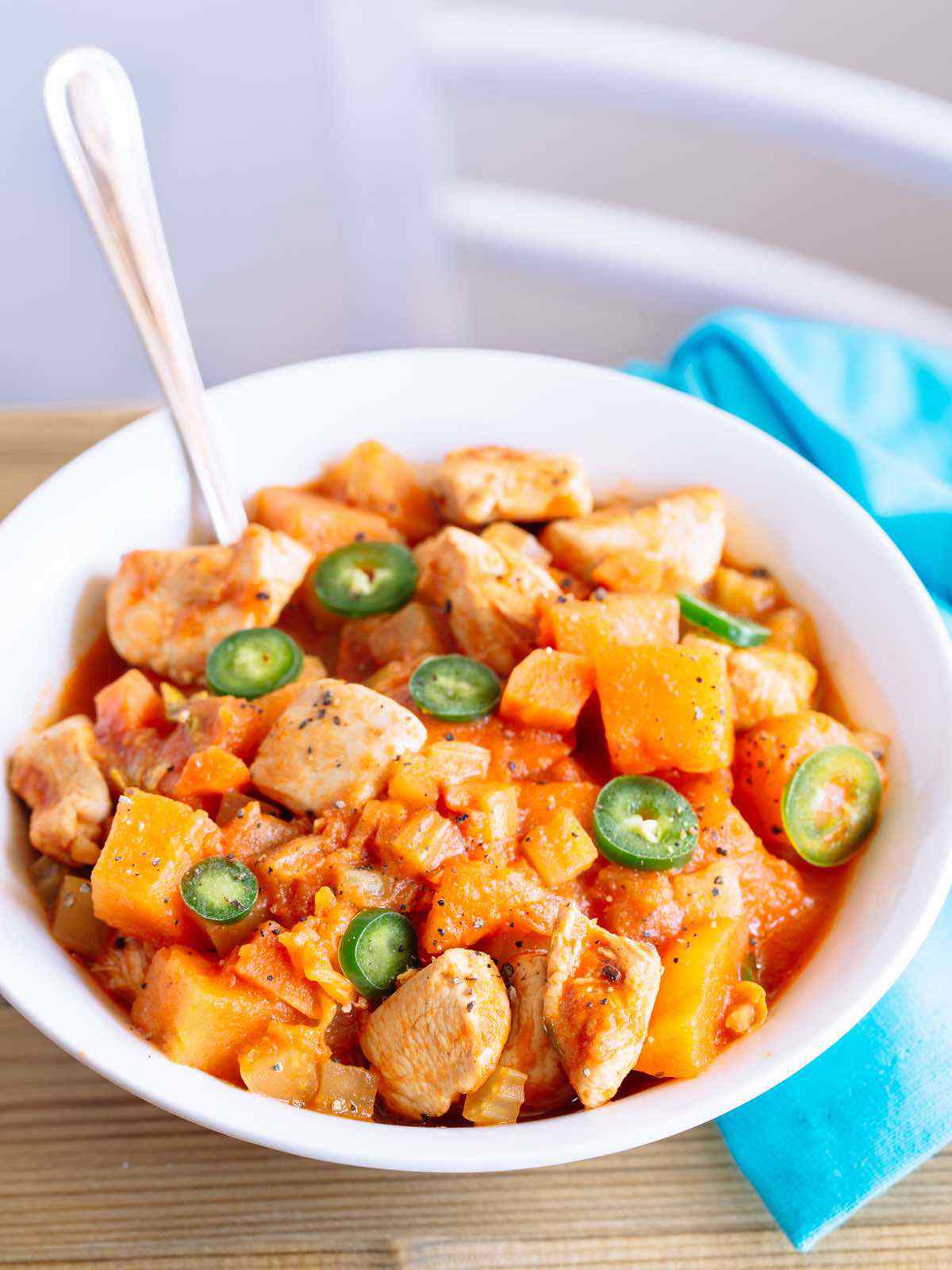 Now let’s talk about ingredients. You’ll see that the recipe calls for homemade chicken soup or a homemade bouillon cube. That word “homemade” isn’t in there just for fun. I mean it – no store bought stuff! Why? Because at best the store-bought stuff is packed with salt. And I hear a few of you out there saying, “but what if I buy the low-salt version?” You still don’t really know everything that went into it and how it was made.

Even worse, a lot of store-bought soups and bouillon have MSG in them. Besides, you can make homemade chicken soup or my Paleo homemade instant bouillon cubes in no time flat. Then you know exactly what’s in there. If you make soup, you can easily freeze a bunch of it to use whenever you like. So next time you bake a chicken, keep the bones, grab a few extra veggies and make yourself some soup!

Finally, I want to point out my favorite secret ingredient in this recipe (ok, I guess it’s not really “secret” anymore, is it?). It’s the cinnamon. I put cinnamon in nearly all of my chili recipes, even when the recipe doesn’t call for it! Cinnamon blends with the chili powder and cumin really well and lends a bit of sweetness to the smokiness that the other two herbs bring. And in this recipe, the cinnamon really highlights the natural essence of the pumpkin.

So whether it’s spring, summer, fall, or winter, pull out your slow cooker and get some chili cooking. This pumpkin chicken chili is a great, lighter alternative to heavier meat-based chili and wows you with a great taste that keeps you hunger-free for hours.