Have cherry pie with no regrets! There’s no grains, dairy, or refined sugar in this masterpiece, just pure cherry pie flavor that puts pie back on the map. 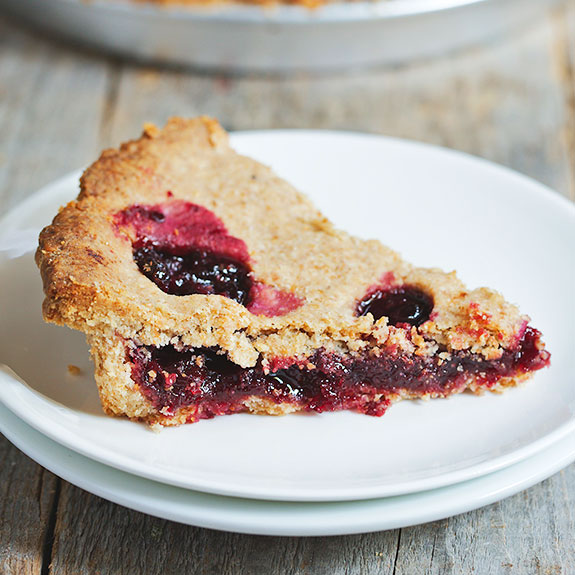 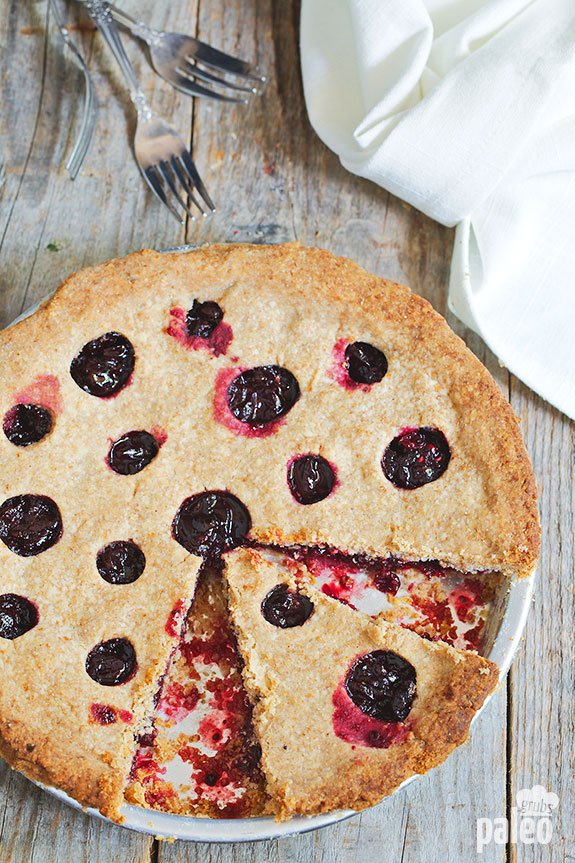 Cherry pie is one of the most popular pies out there, contending with apple and blueberry for the top ranking. There’s something about its tart sweetness that makes you pucker up with delight before eating it.

It’s pretty easy to see why a traditionally prepared cherry pie is not really something that is going to be healthy for you. Let’s take a look at some of the ingredients from one of the most popular cherry pie recipes out there:

● An entire cup of granulated sugar.
● Four tablespoons of cornstarch.
● Crust made from all-purpose flour.

The sugar content alone is enough to send your body out of whack. Your blood sugar levels would soar, and you’d get that lethargic feeling that follows such a sugar rush. Not only that, but the excess sugar would just be converted to fat. Not fun! 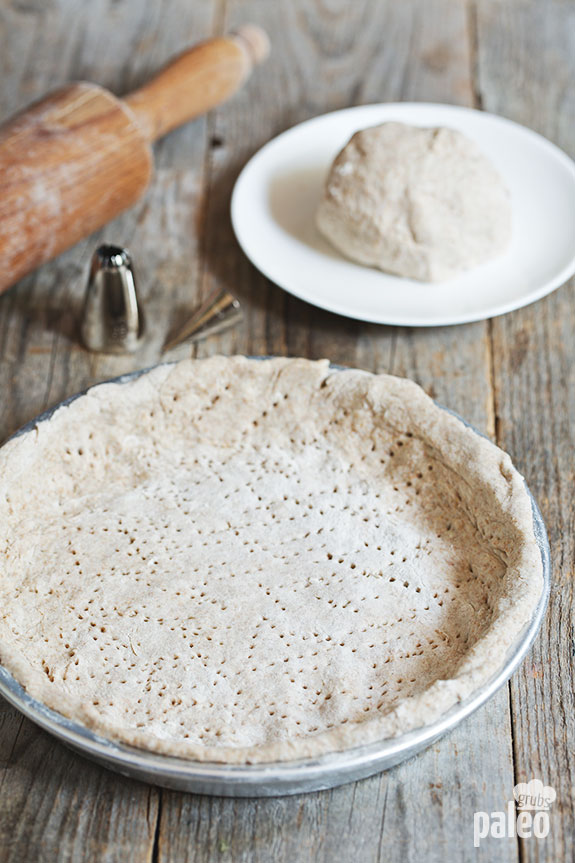 The cornstarch is likely fully of GMOs which will cause further problems for the body, and the all-purpose flour is made from grains which can disrupt your digestion and boosts your carb count. 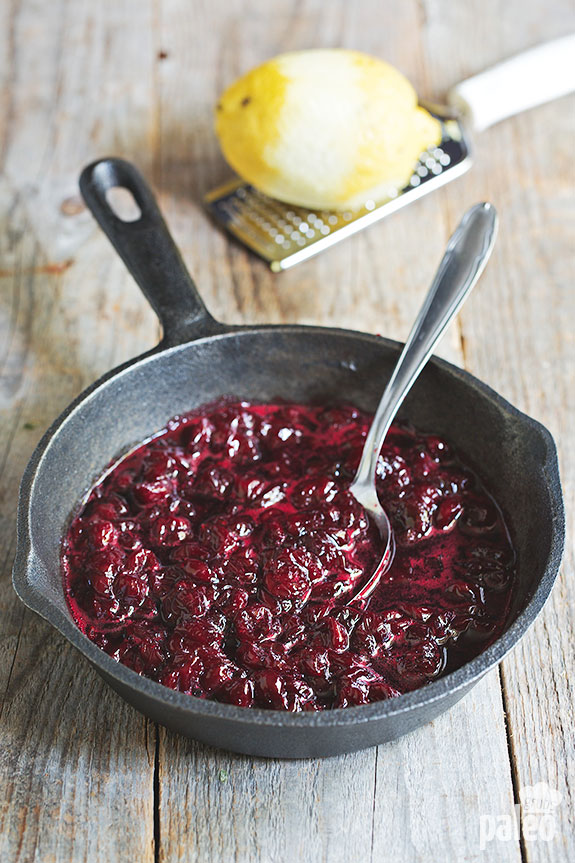 In contrast, my cherry pie contains no refined sugar, and leaves out anything containing corn or grains. It’s therefore gluten-free, but tastes so much like the “real thing” it’s surprising. Making food that actually helps you instead of hinders you, and that tastes the way cherry pie is supposed to taste is pretty amazing and staying healthy becomes fun instead of a chore.

Almond flour produces a pie crust that is just the right consistency for a cherry pie. We need something that’s dense enough to hold up to all of that cherry goodness, but that still tastes good and has the perfect texture. Cinnamon and honey infuse the crust with flavor that complements the cherry filling. 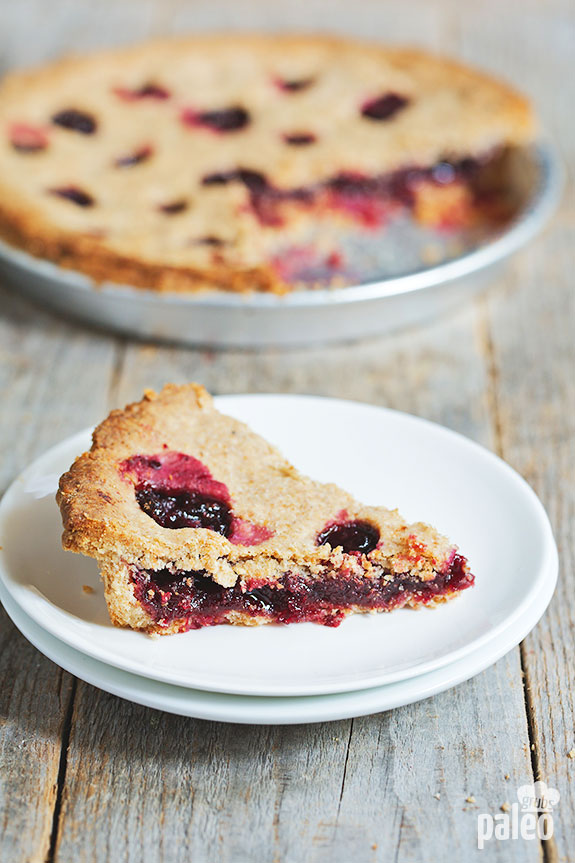 The filling itself uses arrowroot flour instead of the cornstarch found in a more traditional recipe. it does the same job of thickening up the filling while being easier to digest. Lemon zest brings out the tartness of the cherries and adds in a bit more flavor to bring this all together.

The beauty of this pie is that it’s easy enough to prepare, and you can get it going while you’re making dinner. Then it can bake while you’re eating dinner and will be ready when you are.

Now technically you could get ten servings out of this recipe, but you have to know your audience. It might be easier and smarter to cut it into 8 pieces or even six if you know that you’re going to want more substantial slices. A second pie may be in order if you’re feeding ten people. 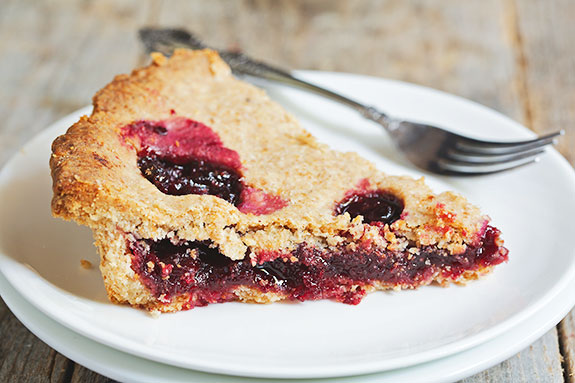 This is definitely a crowd-pleaser, and makes a great dessert when entertaining friends and family.