I personally love making cauliflower recipes because it really throws people off. They can’t believe how versatile an ingredient it is. It’s terrific in practically any dish because it absorbs the flavors of other ingredients, almost like a sponge. So when you give it enough time to cook, the end result is always flavorful. Cauliflower ground beef paleo casserole is a terrific example of that. The sweetness of the onions and the pungent flavor of garlic are enhanced by the cauliflower and helps contrast the savory ground beef. Additionally, the cauliflower is tossed in a smooth creamy mixture and topped with crispy bacon crumbles. 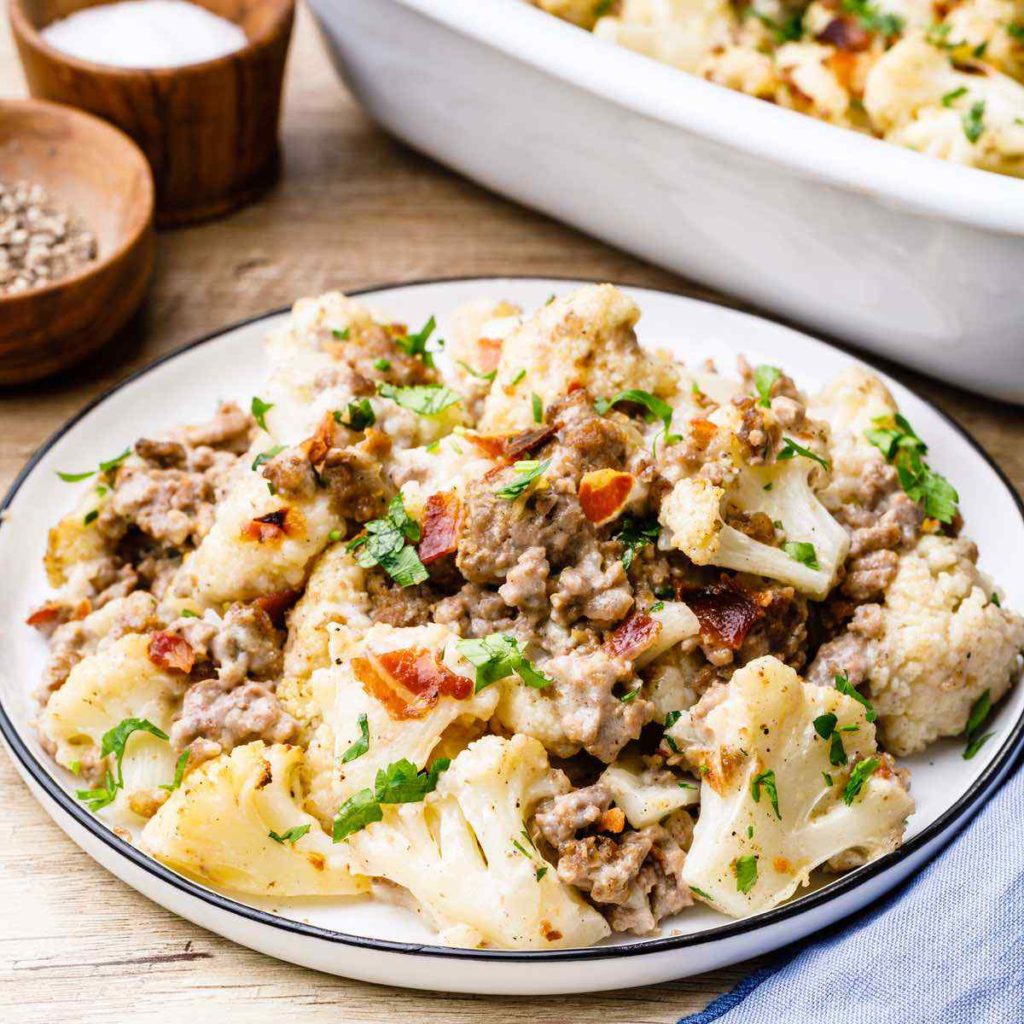 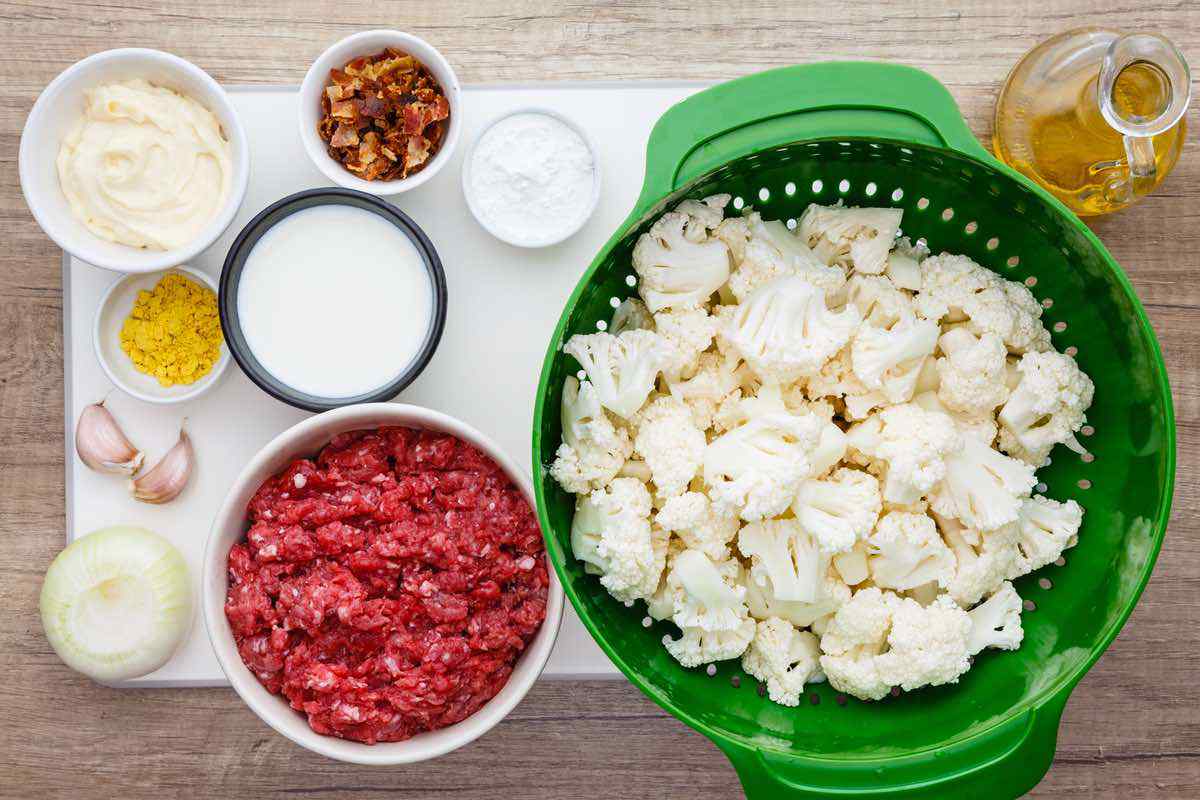 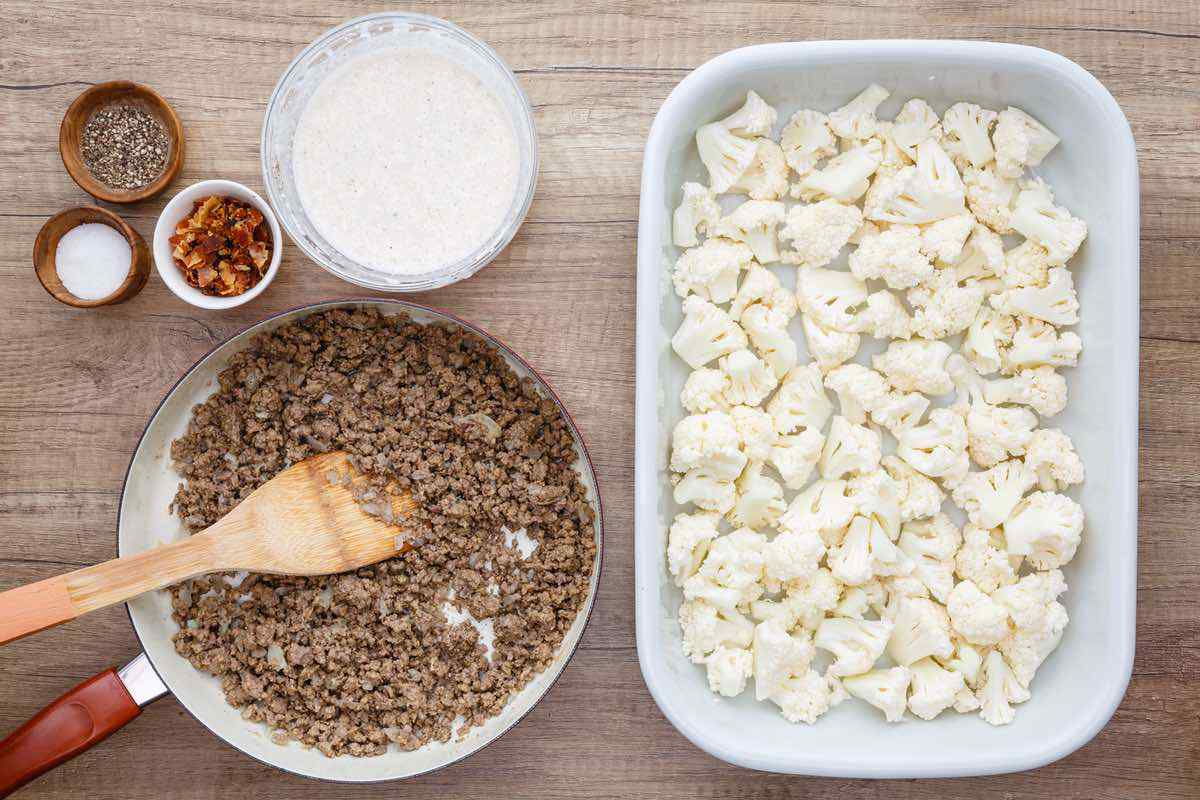 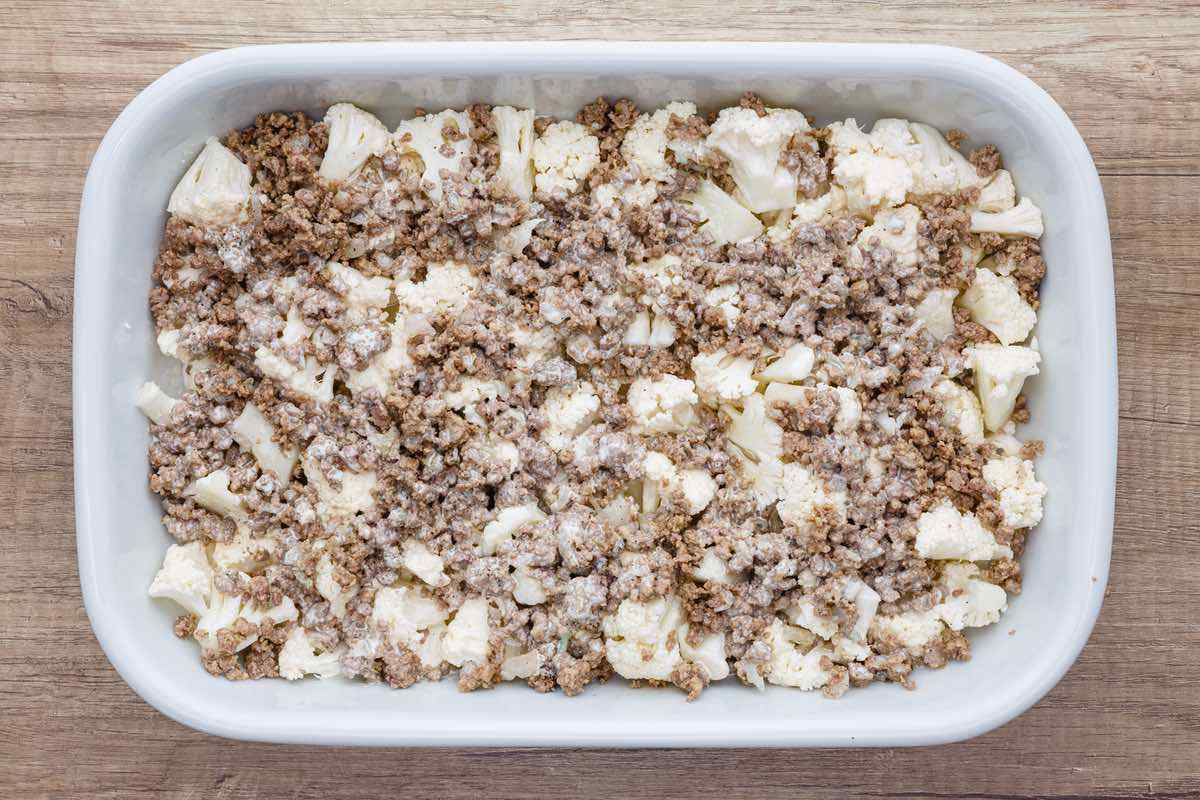 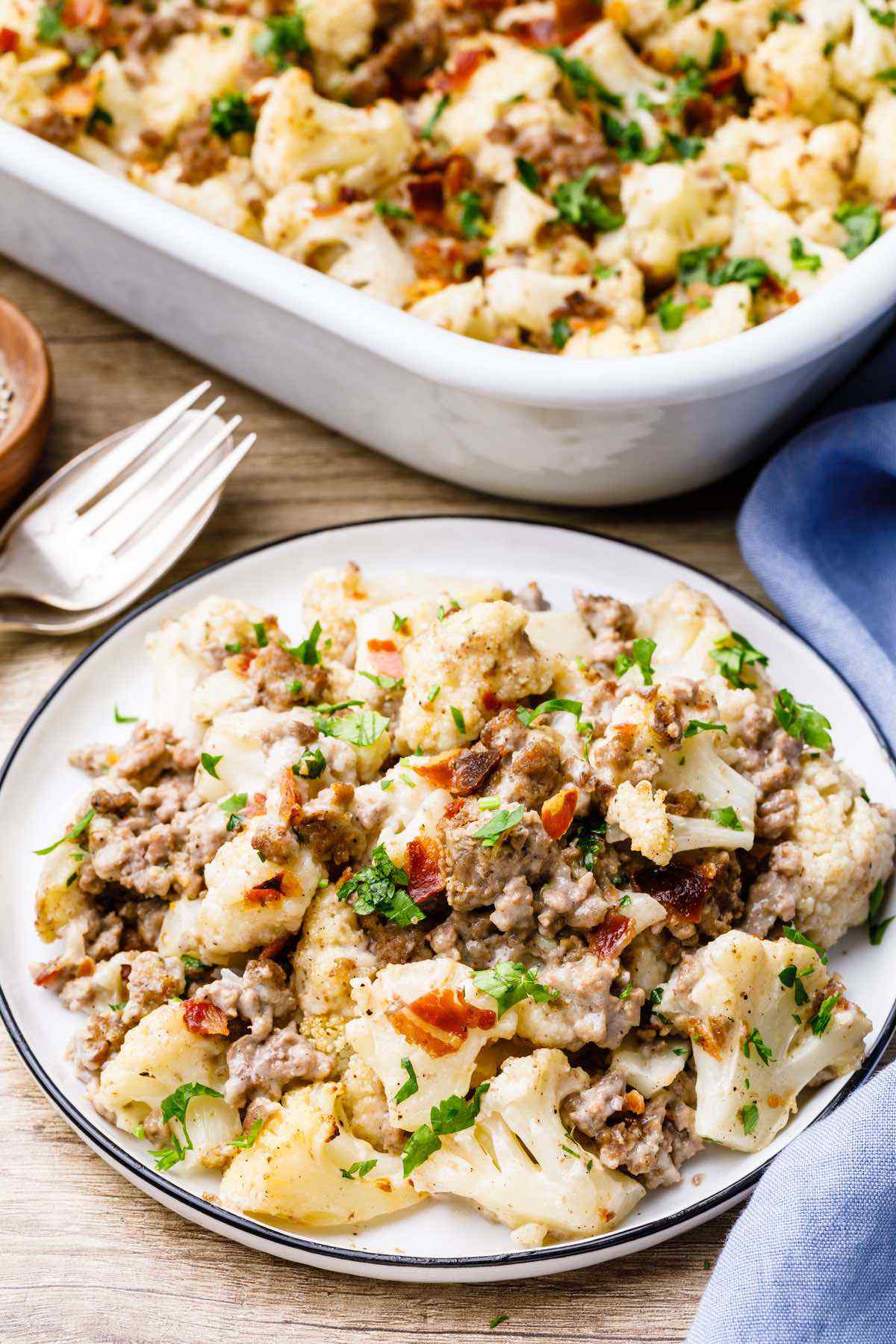 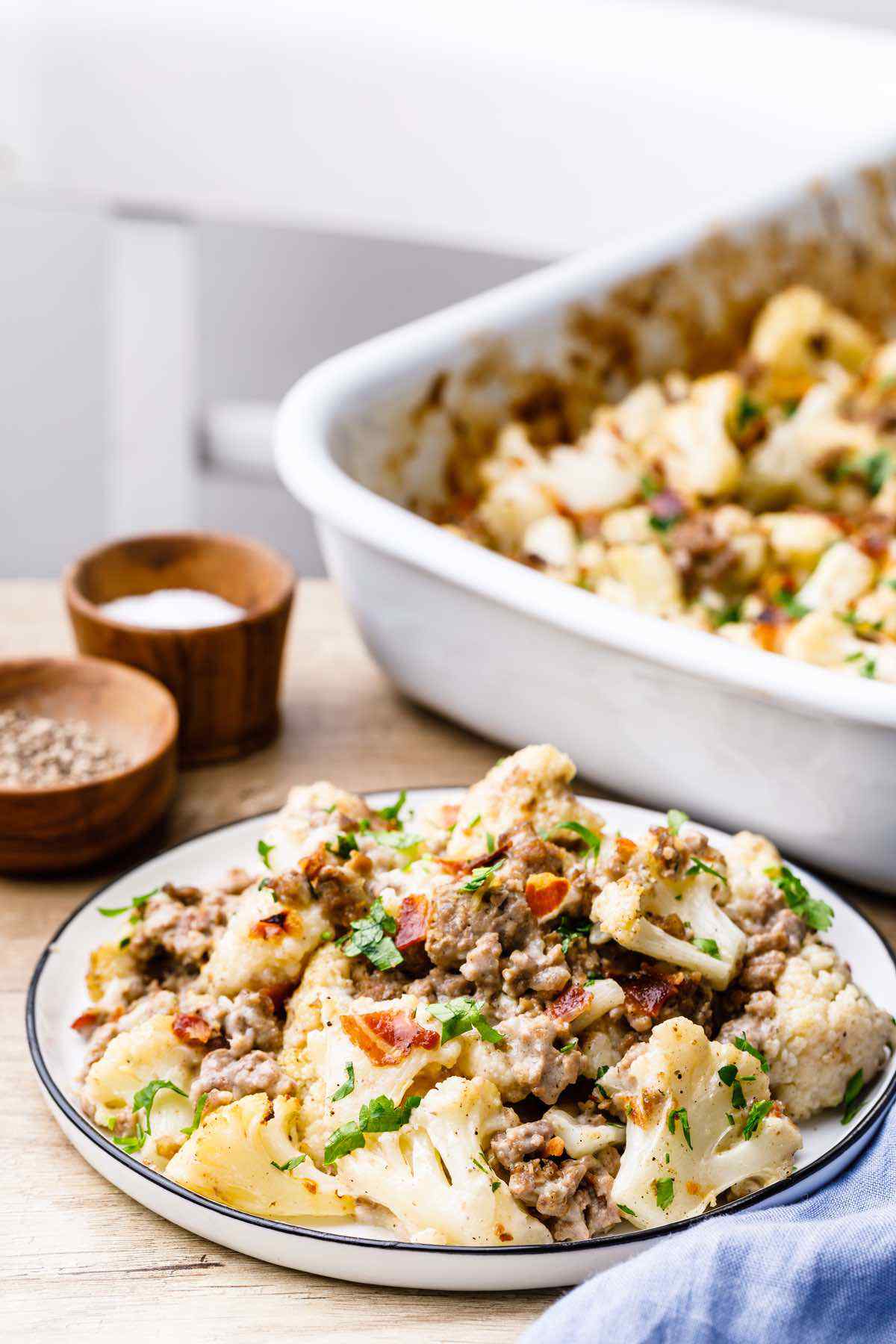