Fudge. Sweet, creamy, chewy, fudge. Believe it or not, I’m not tempting you with something you can’t have. Instead, I’m about to tell you that you can have fudge – cashew vanilla fudge – while still keeping Paleo. If you love a touch of sweetness after a meal or as a snack like I do, hurry up and make this recipe because it’s going to make your day. 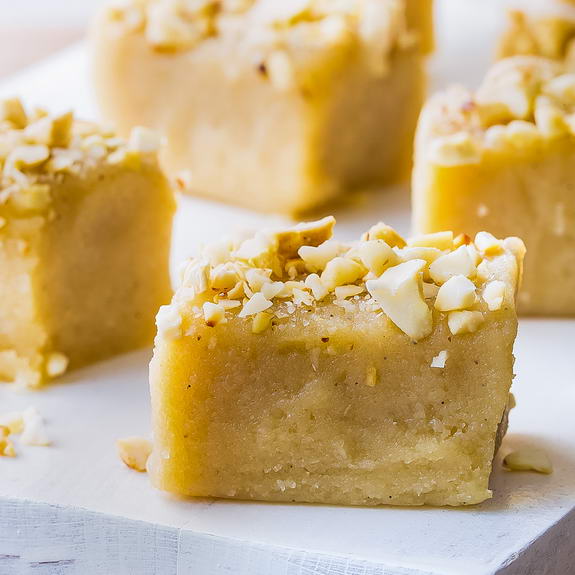 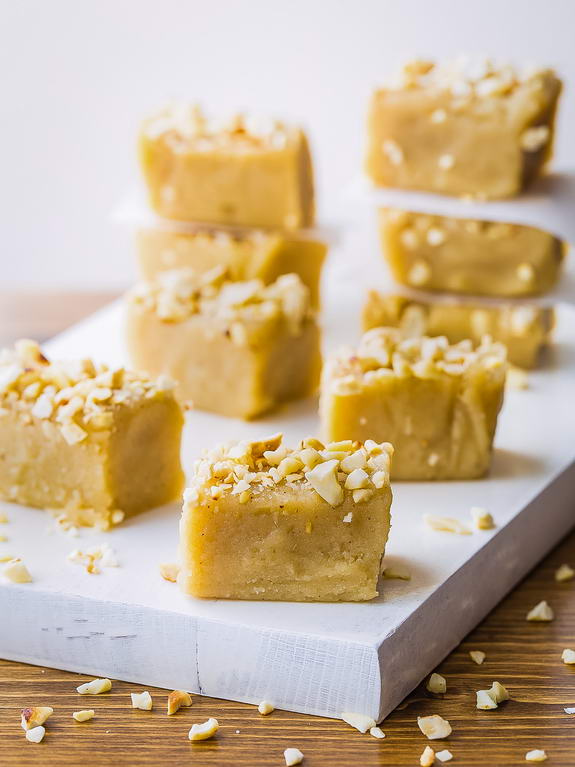 Traditional vanilla fudge is pretty much the antithesis of what you want to eat when you’re eating Paleo. Most recipes call for sugar (usually white sugar and/or confectioner’s sugar), some form of milk (milk, cream, evaporated milk, etc.), butter, and vanilla extract. As you probably know, even if you only know the basics about Paleo, refined sugar and most dairy are Paleo no-no’s. If you’ve read my blogs before you know that I’m not 100% opposed to butter, but I do prefer that it is ghee instead of the butter that we buy in the grocery store.

But what about that vanilla extract? You may have noticed that this recipe uses vanilla bean paste instead of vanilla extract. Now let’s be honest: a splash of vanilla extract isn’t going to ruin your Paleo lifestyle. But like with so many other Paleo techniques, it’s more about improving the quality of the food we eat than really prohibiting one thing or another. 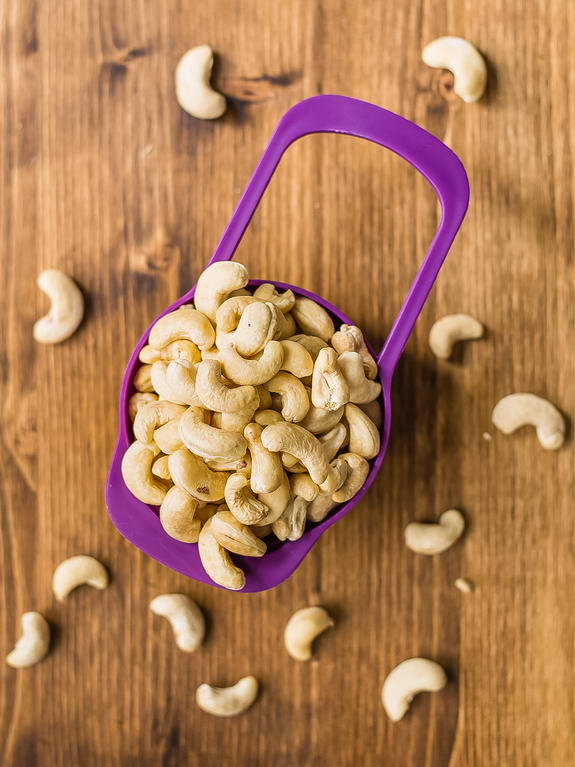 Vanilla extract is made by smashing up vanilla bean pods in alcohol and water and letting it sit. So, the extract itself has vanilla bean, alcohol, water, and usually a bit of sugar added.

Vanilla bean paste is one step closer to the real thing. One big bonus is that it generally doesn’t have alcohol in it. It’s also more viscous, which is great for a recipe like this where you don’t want to add too much liquid.

But my most favorite thing about it is that, unlike vanilla extract, it has real flecks of vanilla bean in it so whatever you make with it gets those little black spots that always says “real vanilla” to me. Look for vanilla bean paste in a jar in the baking goods aisle. 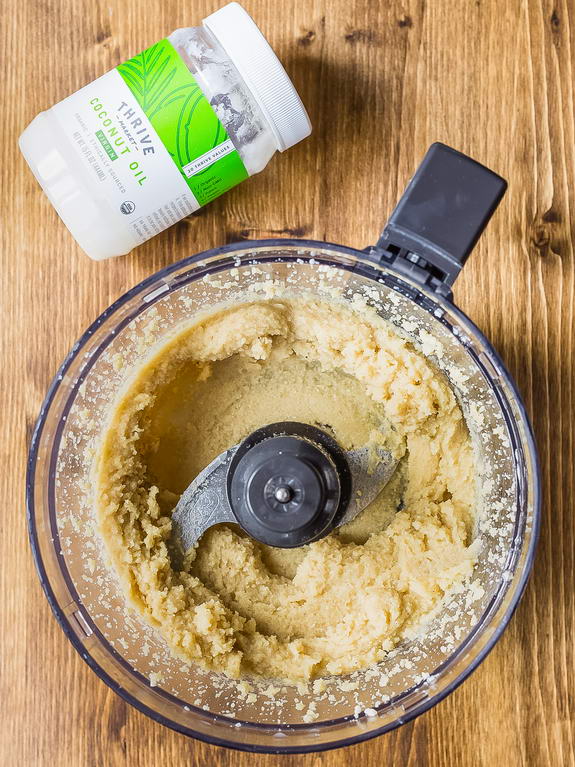 Of course, if you’re really a die hard, you could use whole vanilla beans instead of the paste in this recipe. You’ll need about 2/3 of a vanilla bean for this recipe – and that is why I prefer using the paste instead. What are you going to do with 1/3 of an extra vanilla bean? In fact, you generally have to buy more than one vanilla bean at a time and they don’t keep forever (they lose flavor over time) so unless you’re making a really big batch, go with the paste, which will last longer in the jar.

And if you’re making a really big batch, then that means you’ll have to scrape out an awful lot of vanilla beans so in that case the paste might be easier as well. 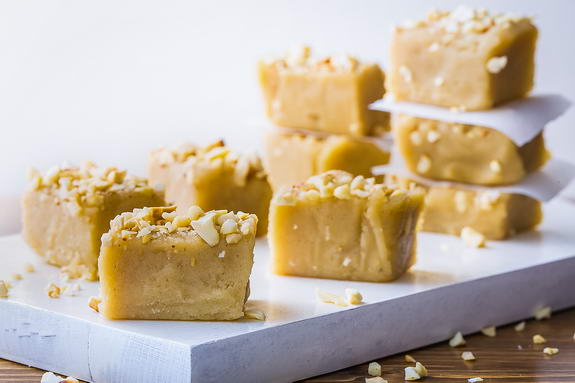 The body of this cashew vanilla fudge is made from ground up raw cashews and coconut oil, instead of sugar, dairy, and butter. Not only are these Paleo-friendly recipe changes, but the cashews bring you a bit of nutrition that you won’t get from any traditional fudge.

They have protein, healthy fat, fiber, potassium, iron, and magnesium. I love this about Paleo recipes: not only are you cutting out the bad stuff, you’re almost always adding extra good stuff that you wouldn’t have gotten in the original recipe. 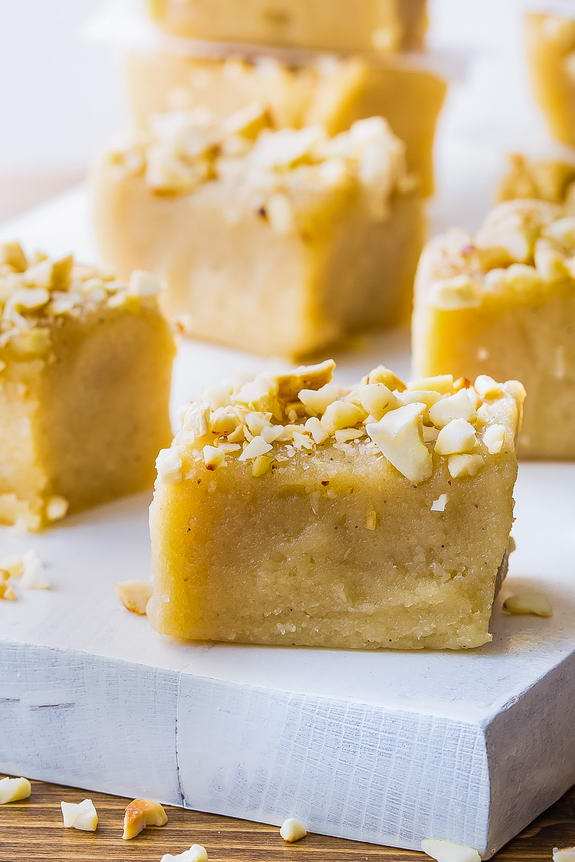 Finally, the sweetness for our cashew vanilla fudge comes from honey instead of processed sugar. So you’re not completely denying yourself of any sweetness or any carbs ever – who could live like that?! – instead, you’re making a better, more natural, healthier choice.

One final tip about this fudge: after you’ve refrigerated it and it has firmed up, cut it into pieces and divvy up into one or two piece packages for friends and co-workers. Why, you ask? Because that way you won’t eat it all in one sitting!

(Make this next: 33 Yummy Fudge Recipes)