Chinese take-out is undeniably an American favorite. But it’s also pretty hard to find a dish on your standard Chinese restaurant menu that is Paleo friendly. Even if you skip the rice, almost all of the sauces are likely made with thickeners that are not Paleo approved. But you shouldn’t hate to deny yourself. My rule of thumb is that any diet that makes you restrict yourself is a failed diet waiting to happen. The good diets – like Paleo – simply require you to modify a few things. And this homemade classic Chinese take-out dish, Cashew Chicken, is the perfect example. 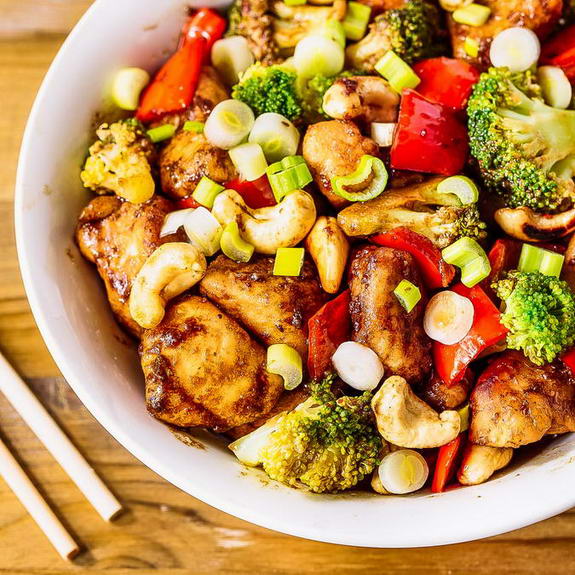 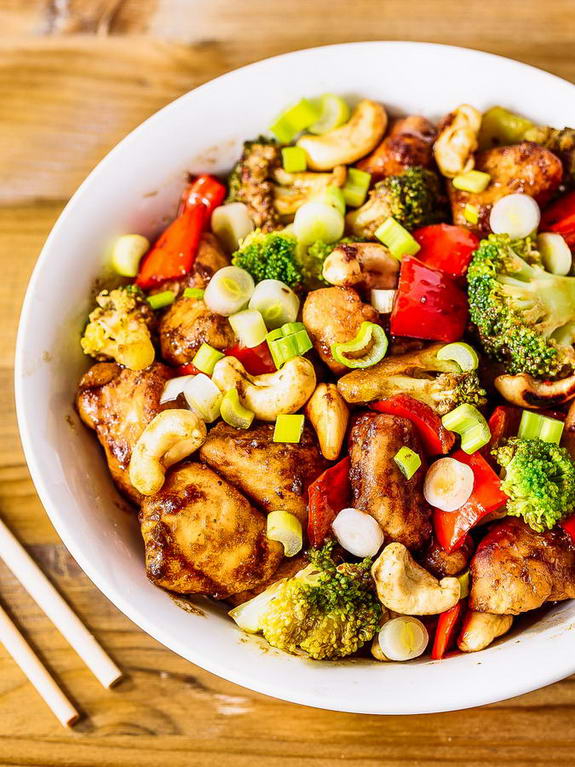 When I started eating Paleo, I swore off Chinese take-out. The rice was just too much temptation and I knew I couldn’t be sure what was in all those sauces. And I knew without a doubt that General Tso’s deep fried chicken in a sweet and spicy sauce was about as far from Paleo-friendly as I could get. But that didn’t diminish my love for all those Chinese take-out flavors: ginger, garlic, chili, sesame…mmmmm…

So not long after starting my Paleo journey, I realized I could still get all those great flavors without compromising my Paleo standards. And that’s what I love about Paleo eating. You can make a few small substitutions in nearly any recipe to get the same flavors and textures, but in a Paleo-friendly package. 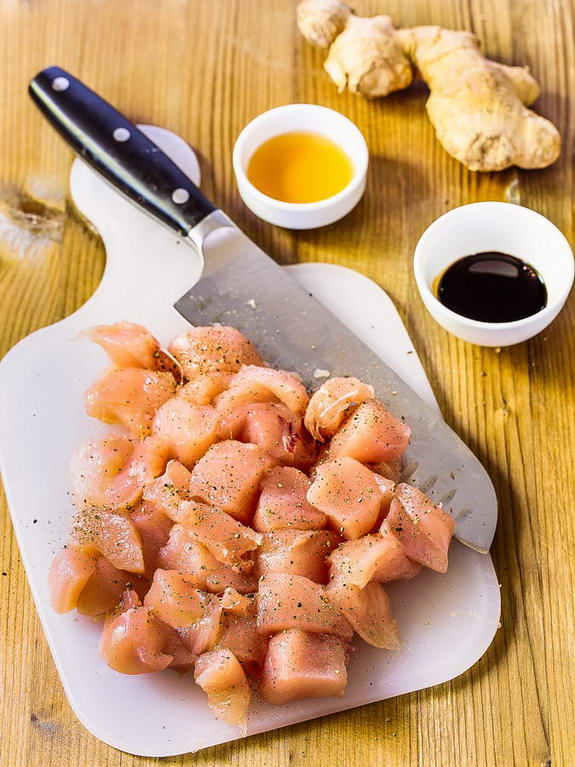 The first substitution in this recipe is using arrowroot flour instead of wheat flour or another processed thickener. The arrowroot flour is optional in this recipe anyway, but I like it because it gives a thin coating to the chicken and helps the sauce thicken a bit. Without it, your sauce will just be a little thinner. But you won’t lose anything in the flavor department at all. Arrowroot flour comes from a starchy root used in Central and South American cooking for hundreds of years. As a bonus, it’s gluten free, for all of you folks who shy away from gluten. 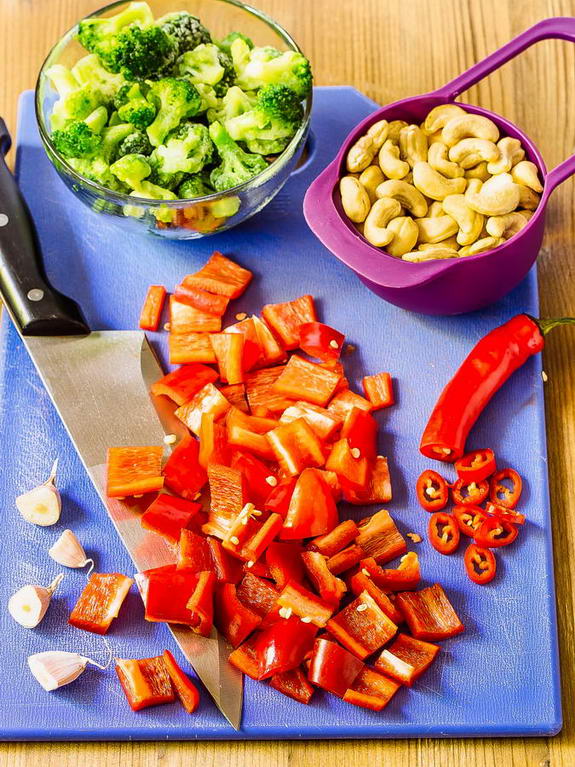 The other major substitution you’ll probably notice in this recipe is that it calls for coconut aminos, instead of soy sauce. Although there’s some discussion over whether or not soybeans are ok on a Paleo diet, that’s not even the beginning of why we use coconut aminos instead. Almost all modern soy sauces sold in American grocery stores are made with some wheat, instead of only with soy. And of course we all know that wheat is not Paleo-friendly. Most soy sauces also have some added sugar. And plenty of them are not slowly fermented, like traditional soy sauce would be, but instead are given the characteristic soy sauce taste and color through a process that involves soaking the soybeans in hydrochloric acid and adding coloring and flavoring. It is much faster and therefore cheaper to make soy sauce this way, but it means that the result is far from Paleo. 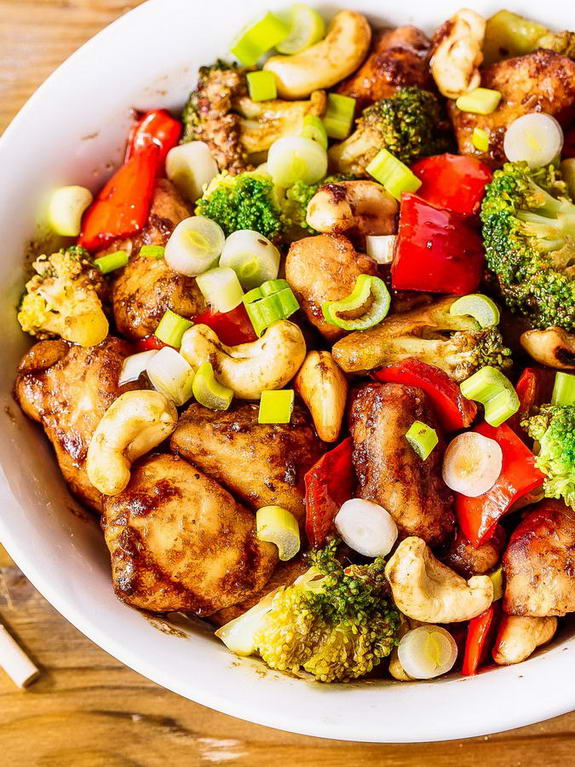 If you can find a soy sauce that is made the traditional, slow fermenting way and that has no added wheat (soy sauce without wheat is usually labeled as tamari), sugar, colorings, or flavorings, and you’re ok with a touch of soy in your diet, I’m not here to stop you. But, if you really want to be a Paleo purist, I do recommend coconut aminos instead. Coconut aminos are made from the sap of coconut trees. It’s wheat and gluten free and yet still tastes surprisingly similar to soy sauce.

A bottle of coconut aminos can be a little pricey, so I’ve toyed around with creating substitutes from other ingredients, but I have to be honest: all of my trials ended with me going out to buy a bottle of coconut aminos. If I want that soy sauce flavor – and let’s face it, if you’re trying to make Chinese food, it’s essential – and you want to be strictly Paleo, coconut aminos has to be on your shopping list. 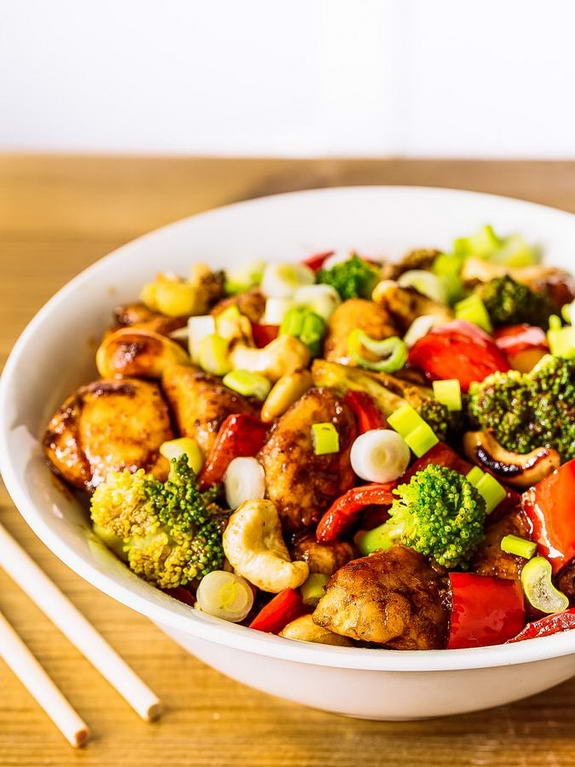 So be prepared for the next time you get hit with a Chinese take-out craving. Keep some of the less common ingredients on hand, put down that food ordering app, and get into the kitchen. And here’s a last little tip: can’t live without the rice? Try cauliflower rice instead! Especially with all the amazing flavors in this dish, you won’t notice the difference and you’ll be all the more pleased with your Paleo progress.