When’s the last time you had a nice cheesy party-time dip? If the answer is “too long ago” it’s time to change that and whip up a delicious yet nutritious dip that’s bursting with protein and healthy fat. 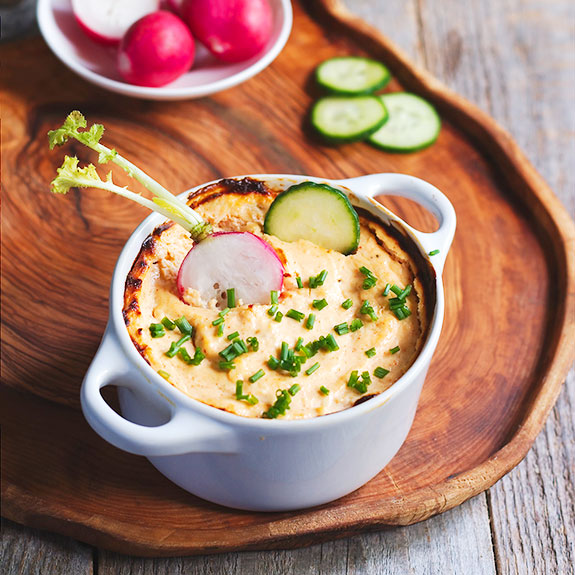 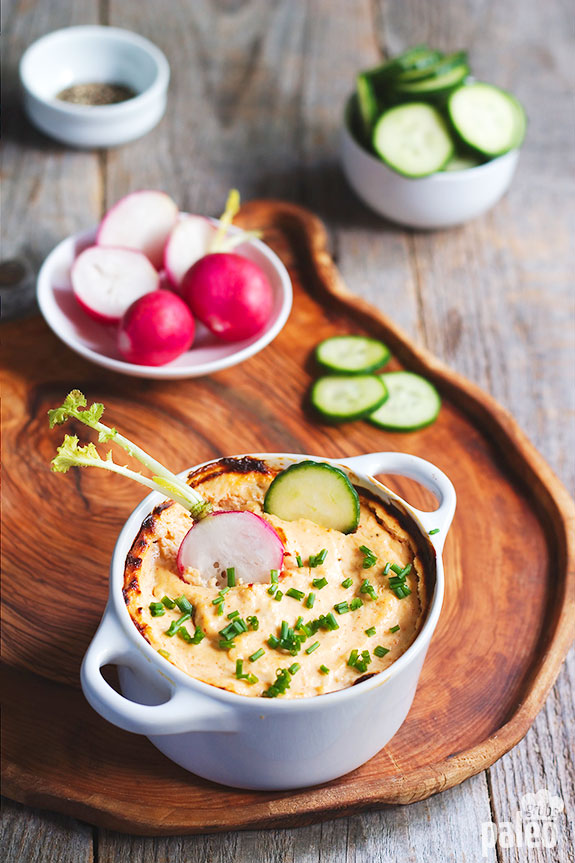 For a long time I thought I couldn’t indulge in things like buffalo chicken dip because of the Paleo rules. I was in the mentality that dieting meant giving up snack foods like this and depriving myself of good times involving food. But you’ve probably noticed that there are tons of recipes out there that allow you to have foods you love but in a healthier way.

It’s no fun going to a party and not being able to eat the food there, so you can either avoid it, bring your own if it’s potluck style, or eat it and then feel bad about it later. You could also host the party to have some quality control over what’s available in terms of food. 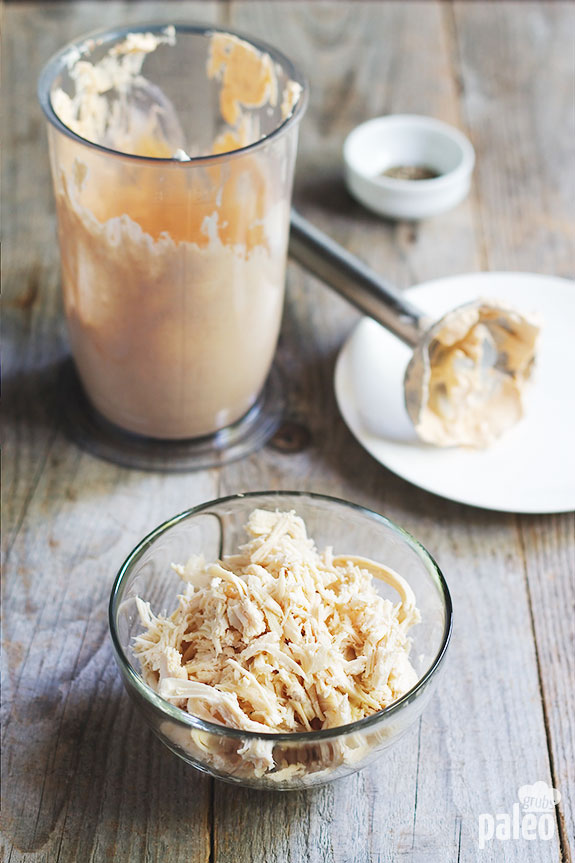 The first time I tried making this I pulled up some traditional recipes in order to find out what absolutely has to be in it. Of course there’s hot sauce, and for that I’ve gone with cayenne pepper rather than trusting what comes in store bought hot sauce bottles. They like to sneak in preservatives and other chemicals that just don’t belong.

Make sure to use some high quality organic chicken, cook it, and shred it up. To save time you can grab a rotisserie chicken and that cuts out a lot of your prep time. You can typically find an organic rotisserie chicken for a few dollars more next to the conventional ones.

A lot of these dips called for massive amounts of cheese, which was disappointing because cheese is a no-go, especially in large quantities like the ones prescribed in those traditional recipes. But you can take a page from the vegan cookbooks and use cashews to replicate the creamy, buttery taste that you just have to have in a buffalo chicken dip.

Plus you get the healthy benefits from cashews instead of the drawbacks of cheese. Cashews are a rich source of healthy fat, protein, and also contain a fair amount of fiber. There’s something about their consistency once they’re soaked and blended up. You don’t get the same texture from other nuts like almonds or walnuts. 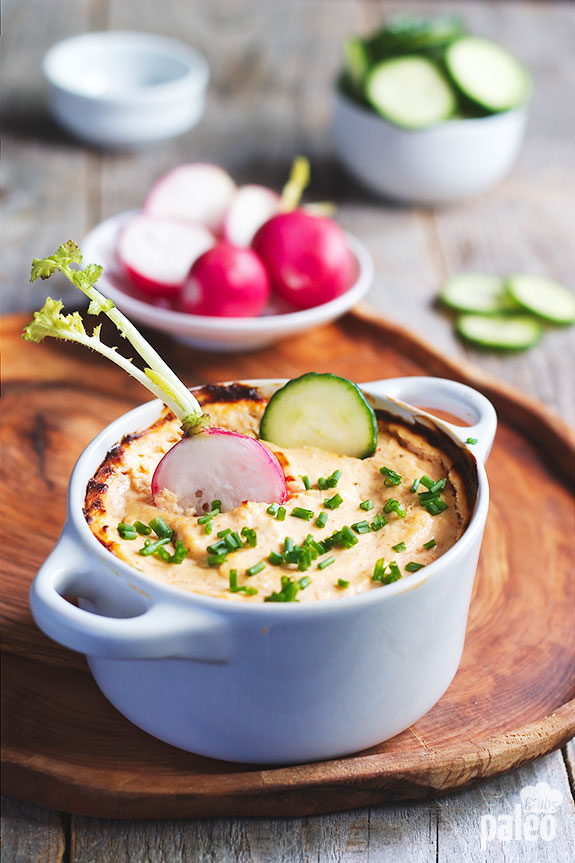 Once you crack the “need cheese but can’t use it” problem the rest is just a matter of getting the right additional ingredients to sync up. I found that a mix of garlic, vinegar, red chili, and lemon juice is just what it needed, and then put the button on the whole thing with some nutritional yeast, which gives it a rich cheesy flavor.

Now you’ll be able to bring a Paleo-friendly dip to all of the big games, potlucks, and other parties and take part in the festivities without any remorse that you’re messing up your progress.