Warm biscuits are smothered in creamy gravy in this twist on a classic Southern breakfast. And don’t worry; it’s easy to add in your favorite breakfast sausage for a heartier option. This filling recipe will definitely become a family favorite for weekend breakfasts. 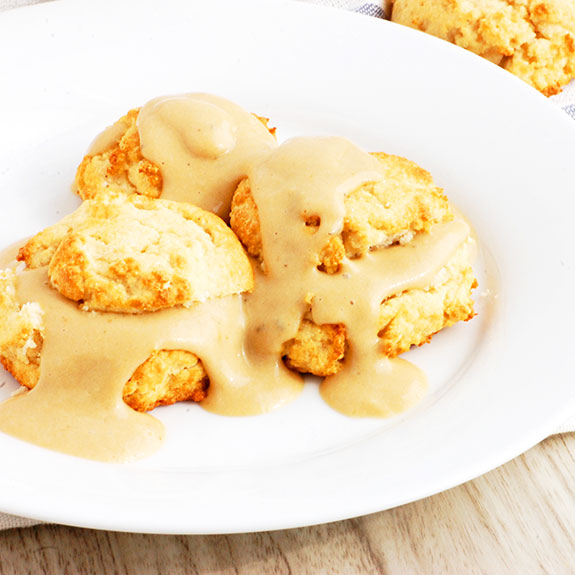 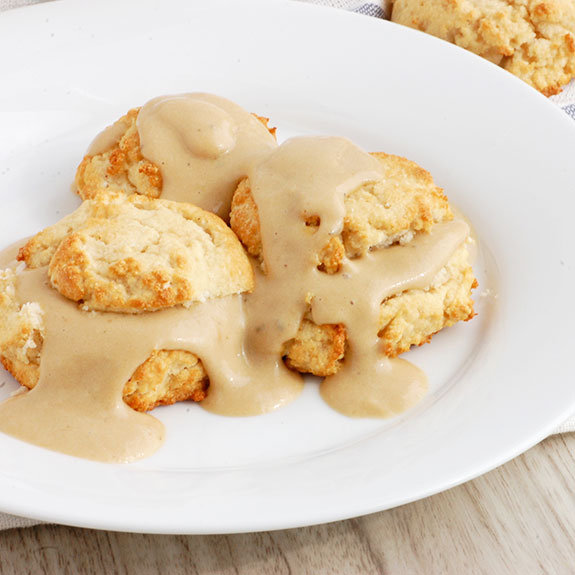 I decided to make a vegetarian-friendly version of gravy, because who doesn’t deserve this wonderful combination? (The sausage can be added later.) Start the recipe by making caramelized onions. The longer onions caramelize, the better they will be, so it’s good to begin cooking them first. This will leave plenty of time for them to turn deep golden brown.

The biscuits can be started next. The dry ingredients are mixed together first, which use a combination of almond flour and coconut flour. Almond milk and coconut oil are then added in. At this point the mixture will still be a little crumbly. 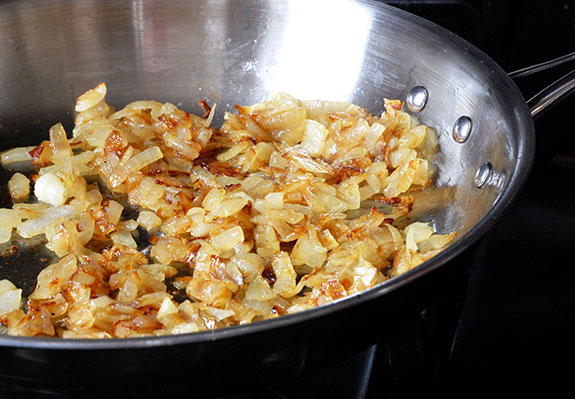 The next step is to whip five egg whites until stiff peaks form. This step can be done by hand but is much easier with a KitchenAid or hand blender! The whipped egg whites can then be folded into the crumbly batter until everything is combined – but don’t over mix. Form as many biscuits as you would like with the dough, large or small – I made 8 small biscuits. Bake for about 15 minutes or until the biscuits are golden brown. 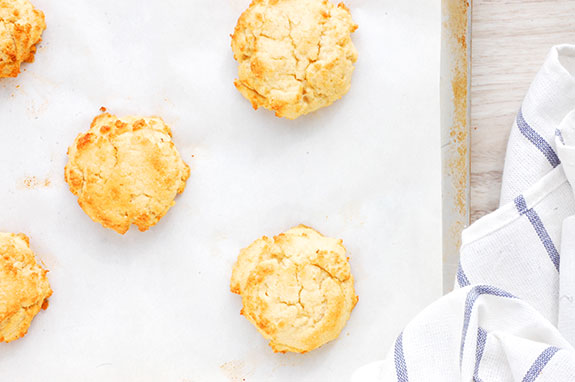 Once the onions are caramelized you can finish the gravy. If you prefer a meat-based gravy, you could easily brown sausage with the onions at this point as well. Otherwise the remaining gravy ingredients can be stirred into the pan and simmered together until thick. The gravy does thicken further as it cools. You can leave the gravy chunky or blend it in a food processor until smooth, like I did with the gravy pictured. 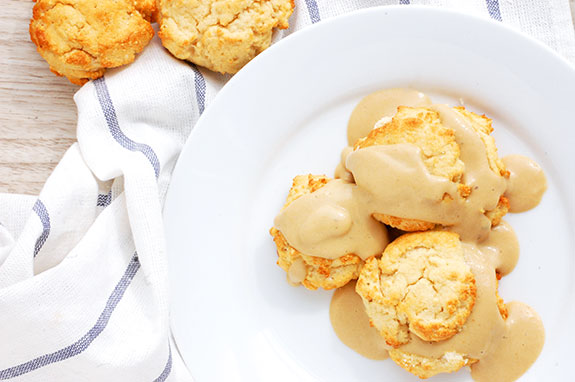 The last step is to drizzle the creamy gravy over the warm biscuits, and sit back and savor. The biscuits are best when they are still warm from the oven. If you have any extra gravy it can be slathered over chicken, sweet potato fries, or your next batch of biscuits.