Why have an ordinary waffle when you can have a Belgian waffle? Thick and hearty, these waffles are satisfying without weighing you down. 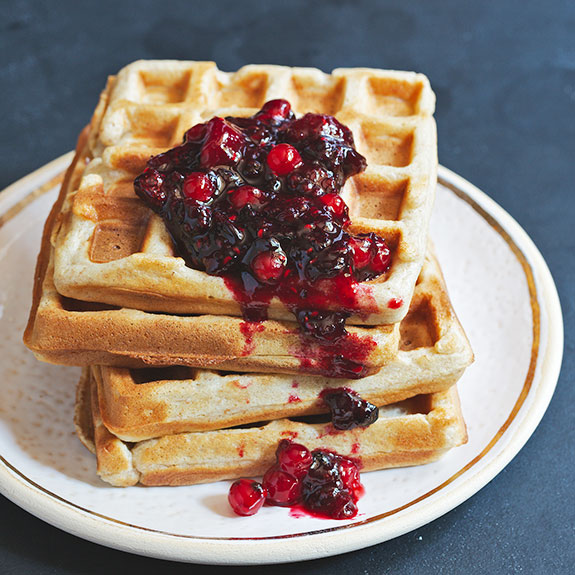 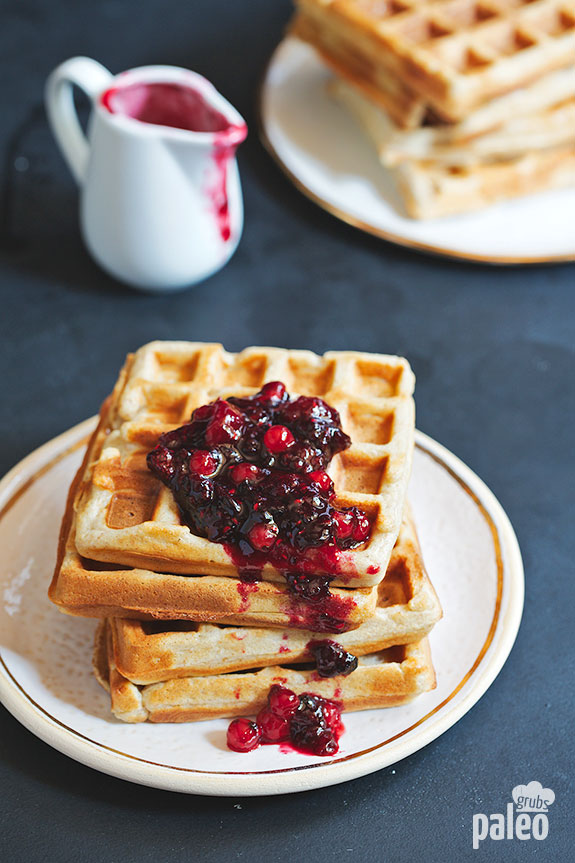 Whoever said “bigger is better” was probably eating a Belgian waffle at the time. But it’s not just the novelty of its size that makes it preferable over a regular waffle, it’s the crispy outer coating and soft steamy inside that makes it winner.

Top that off with deep pockets that do such a great job of holding the syrup and any sauce you put on top.

Keep in mind that in Belgium they don’t refer to these as Belgian waffles. There are so many variations of waffles there that it’s hard to pin down any one as the national icon. What we think of as a Belgian waffle probably got its start from a Brussels waffle, and the recipe was simplified and popularized as a Belgian waffle.

If you were to make Belgian waffles according to one of the most popular recipes out there, you’d be using tons of all-purpose flour, milk, and sugar. This just doesn’t fly with Paleo, so it’s a matter of coming up with delicious alternatives that make the finished product taste just as good as, or better, than the regular recipe. 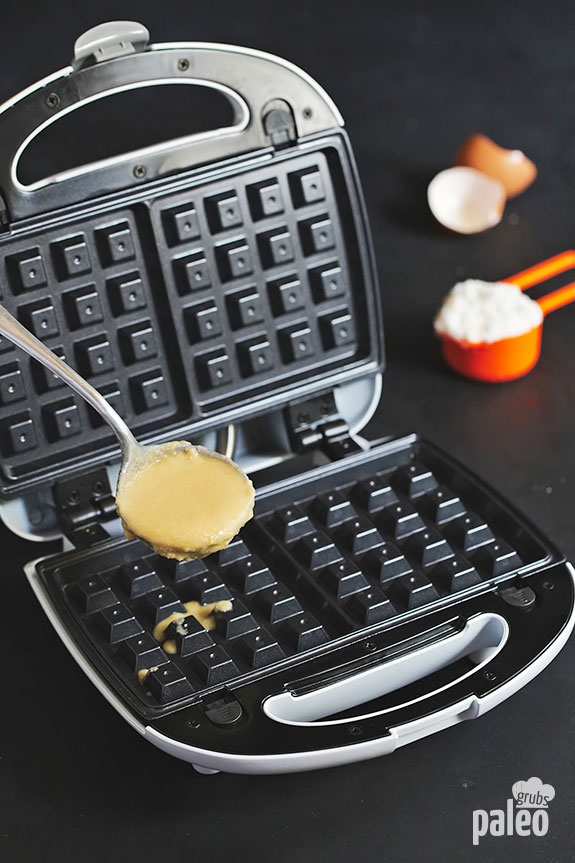 The neat part about these waffles is how they’re made. There’s coconut flour instead of all-purpose flour. Coconut flour gives it that light and crispy texture that Belgian waffles are known for. But in order to give them the heft that they’re also known for there’s raw cashews that have been blended up right into the batter.

Few waffle recipes out there include raw cashews, which shows just how fun and healthy Paleo is and how creative you can get with your ingredients. Not only do cashews improve the taste and texture, they’re full of healthy fat, protein, and fiber that supercharge these waffles and turn them into a healthy breakfast.

Let’s talk fruit sauce. There’s a lot of ways to top a waffle, but in my humble opinion a fruit sauce and a little warm maple syrup are the best way to go. Fresh fruit is alright, but when you heat it up and make a warm sauce it becomes something special. And really, if you’re going to make Belgian waffles it’s a good idea to have a nice sauce to fill up all of those pockets.

These are great for feeding a crowd, you just make enough batter for everyone to have one and then start the waffle factory going. Before long everyone has a nice steamy waffle and is on the way to having a great start to their day.