My beef teriyaki noodles are so good they will keep you from ordering from your local take-out restaurant. Ready in no time and super delicious, they may even make it onto your regular rotation. 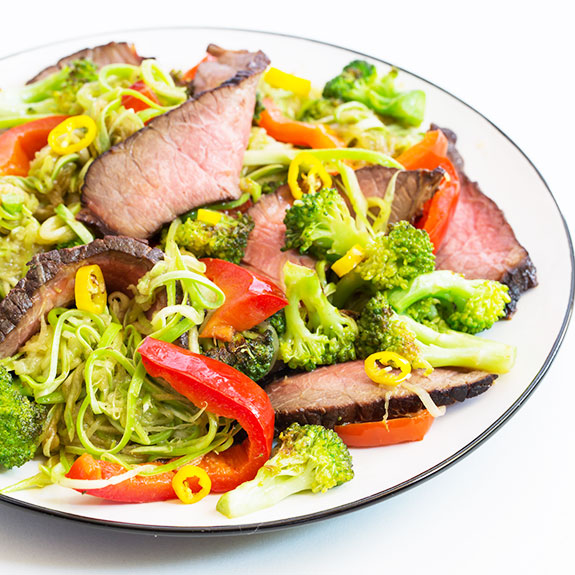 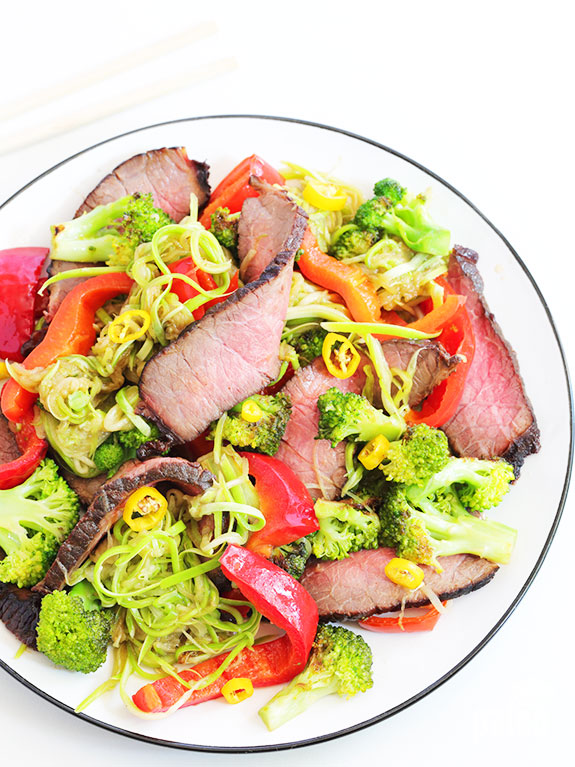 I have a friend who is in the midst of starting his own business. It’s a great company – they’re going to sell athletic apparel that is 100% organic, made out of recycled materials, and is completely Fair Trade. I really admire what Steve is doing – but, boy, watching him work at this will keep me from ever attempting something similar. He’s always working. Always.

He came over to my place the other night to get my help writing his first blog post. At about 9 o’clock, he announced that he hadn’t eaten all day and was starving, so he was going to order Chinese. 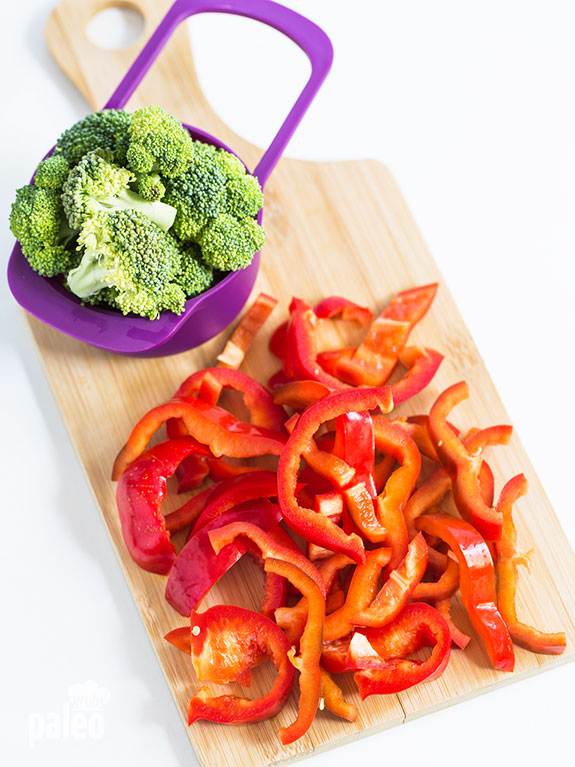 After I got over the shock of someone not eating all day until 9pm – I mean, that never happens to me. He said he was “so busy he forgot to eat.” Again: I do not understand this. I NEVER forget to eat! Anyway… after I got over that shock, my next thought was “how is he going to eat all that heavy Chinese food, full of sugar and preservatives, this late at night without feeling sick?”

That’s what you get when your friend is Paleo. I kill your late-night Chinese binges. But, stay with me, I think even Steve would agree that this was for the best. 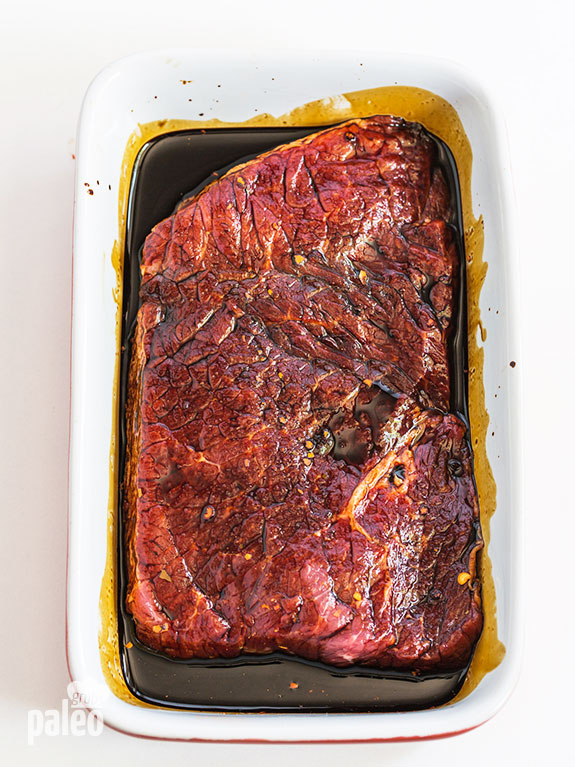 Steve was resistant to my suggestion that I could make him something at first – he thought it would take me longer to make something than to get delivery. But I know better…

I bet him $25 (which is what he would have spent on delivery) that I could make him a Chinese dinner that was healthy and would leave his tummy happy in less time than the estimated 45 minute delivery time. He took my bet.

And I got to work. 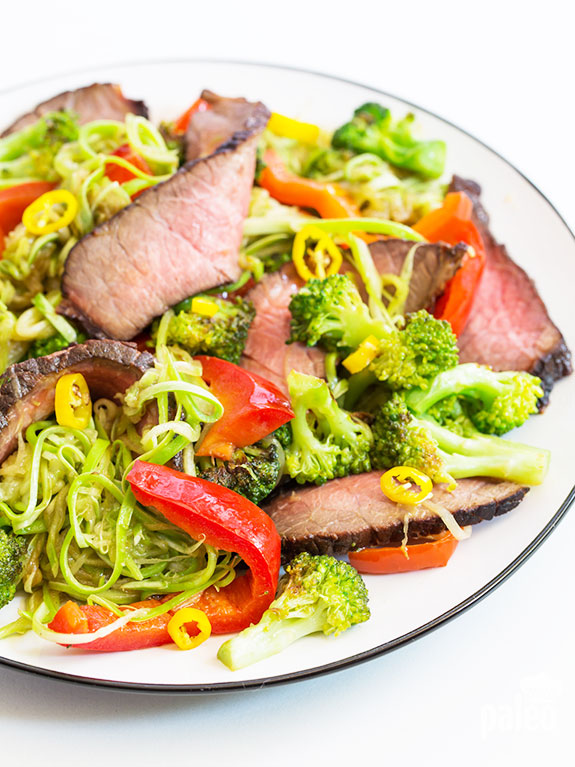 The noodles were easy – I had zucchini and a spiralizer – one of those nifty gadgets that makes fruit and veggies into noodle like curly-Q’s. If you don’t have one, just cut the zucchini in thin little strips. But if you plan on eating Paleo, a sprializer is a good investment. You can get my favorite spiralizer here (it is the perfect tool to make low carb zoodles).

So the noodles were done. Now, for what would go with them. I knew I had a recipe for Paleo teriyaki (which can be loaded with sugar when you buy it at the store or get it at a restaurant) and I had some beef steak in the fridge that I didn’t have immediate plans for. So I go to chopping.

Meanwhile, Steve regaled me with the horrors of trying to start a business. I don’t think he stopped talking the entire time I cooked.

Less than a half hour after I started, I presented Steve with a Paleo version of beef teriyaki and noodles, beating the delivery estimate by over 15 minutes.

The $25 was mine, which I promptly reinvested in Steve’s awesome new business. And he was satisfied and impressed by my efforts. In fact, he said next time he’s going to order in, he might just call me…hmmm…maybe I’ll start a new business too!