Imagine yourself in the desert of North Africa, sitting around an evening campfire and enjoying the exotic aromas of spices and beef slowly stewing on the fire. This recipe – beef tagine with squash – brings that experience right into your kitchen. All the exotic aroma with none of the airfare or sand in your food! 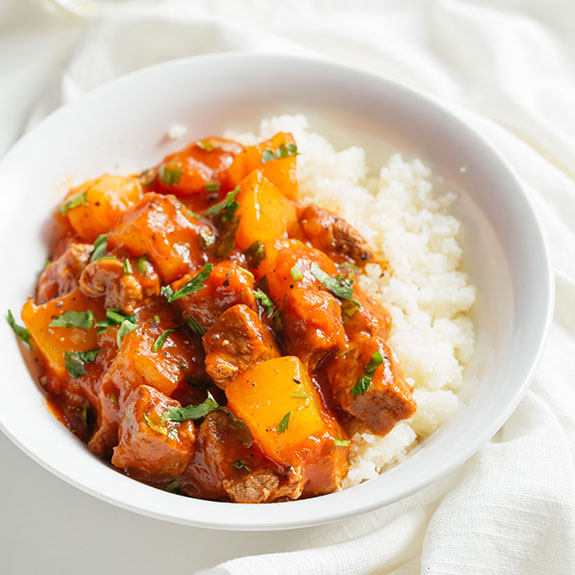 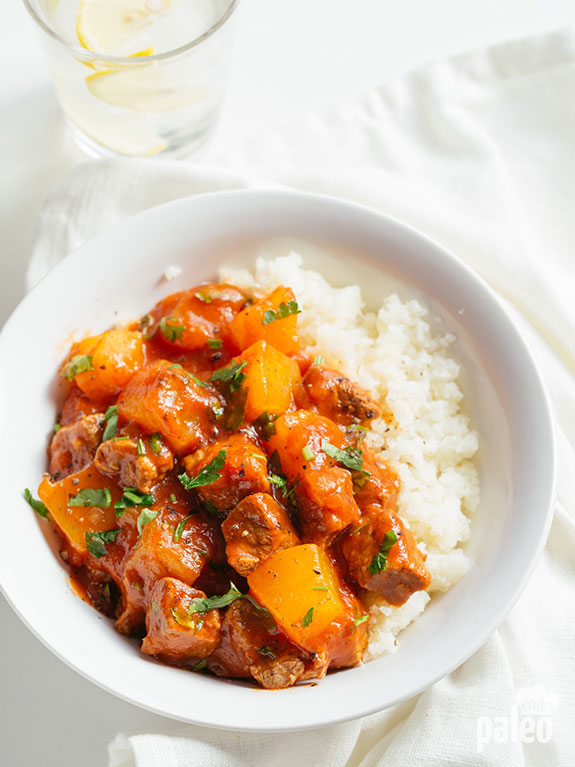 A tagine is a North African cooking vessel, known for its wide base and its funnel-shaped lid, that is used to cook a dish that goes by the same name. But lucky for you, you get to skip not only the airfare to North Africa, but you also don’t have to go out and spend money on a tagine just to make a tagine…if that makes sense.

The tagine as a cooking vessel is used to cook food slowly over the fire and its funnel shaped lid traps the moisture so the meat and veggies being cooked remain moist and tender throughout the cooking process. But you can achieve the same result by using a Dutch oven and cooking your meal low and slow for a few hours. 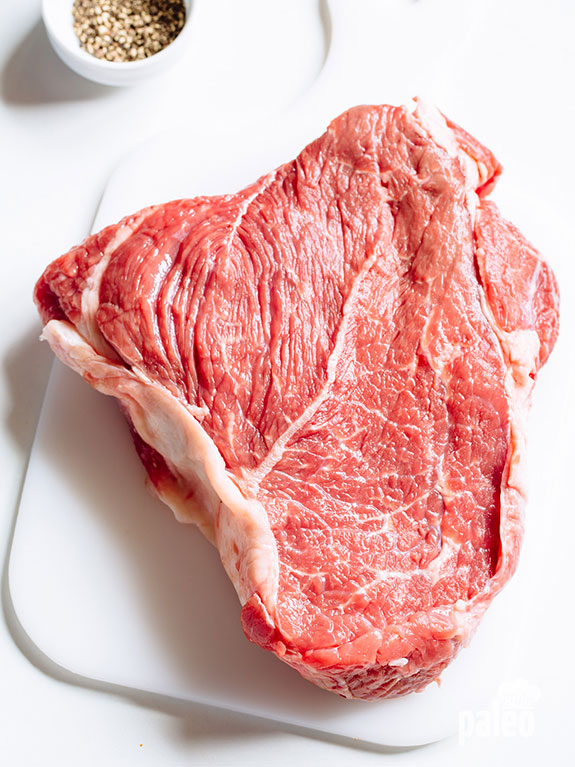 A tagine is essentially a stew. It generally contains a protein – in our case, we’re using beef shoulder – vegetables, and plenty of herbs and spices. In this recipe for beef tagine with squash, the recipe calls for cinnamon, a common spice in North African savory dishes. If you’ve never used cinnamon in a savory dish, you’re in for a treat. I guarantee you that you’re going to enjoy this dish!

After stewing for three hours in your Dutch oven, the beef will be fall-apart-in-your-mouth tender and the butternut squash will have absorbed the flavors of garlic and cinnamon and onion and tomato. These flavors all blend together to make an exceptionally complex and wonderfully tasty flavor profile for this warm-hearted stew.

This is one of those traditional recipes that doesn’t even need tinkering in order to be Paleo. It features a lot of protein and plenty of vitamins and nutrients from the veggies. Traditionally, tagine are served with bread, so that’s where I depart from the norm a bit. Instead of bread, I make up a batch of cauliflower “rice” to go with my tagine. The cauliflower stands up to the stew nicely, providing the chewy texture of rice, with none of the carbs. Who wouldn’t love that? 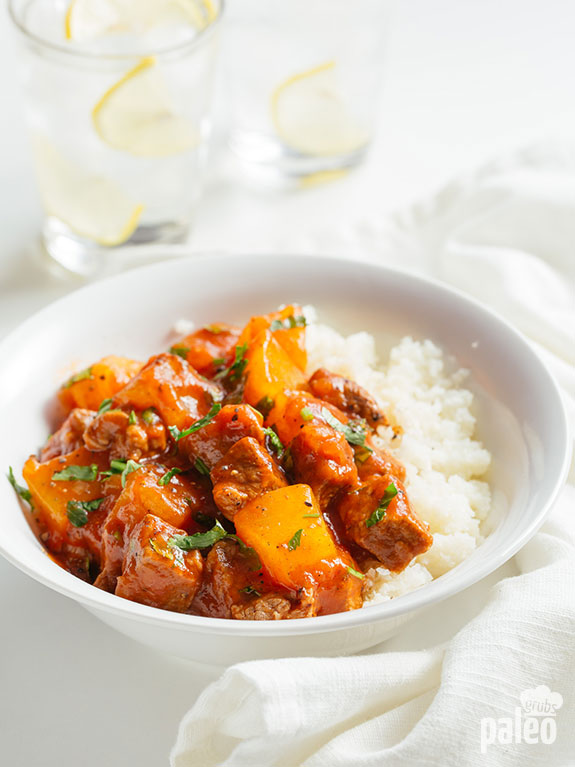 As an added bonus, like a lot of slow-cooked dishes, this one will fill your home with the warm aroma of garlic and cinnamon while the tagine cooks, and your appetite will certainly be whetted by the time your dinner is ready.

This tagine also makes really great leftovers. In fact, I think the flavors get even better after a day in the fridge. So, I usually make it over the weekend for dinner, and then toss some in a small bowl with a lid, along with more cauliflower rice, and bring it with me for a yummy, warm lunch the days I’m in the office. And as I chow down, I think about how neat it might be to one day enjoy a tagine under a sky of North African stars.