With a bit of quick preparation in the morning, this hearty beef brisket recipe will be ready to enjoy by suppertime. Made in the slow cooker, you simply add the ingredients to the crock pot and walk away until dinner. The flavorful, tender meat falls apart and can be enjoyed on its own, in sandwiches, or even on tacos. 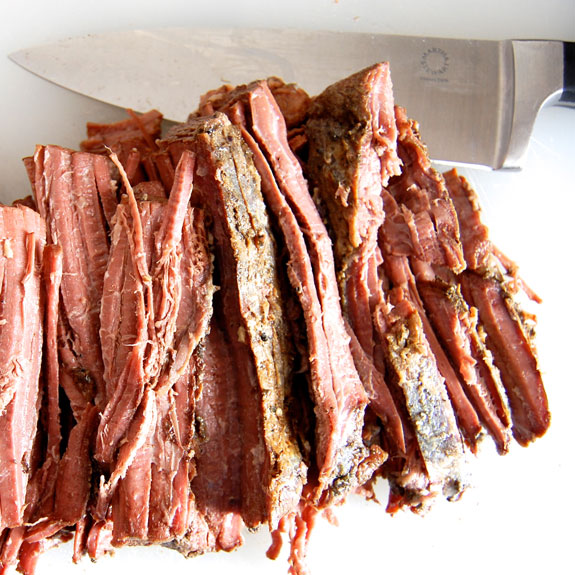 One day, I hope to have a smoker to cook meats such as brisket. But right now I don’t even have a balcony, so…slow cooker it is. I do love the smell of it cooking in the kitchen throughout the day. And the recipe itself is simple, one of the best for any cooking-challenged people out there. Because of the simple preparation, I spent a little extra money to purchase a higher grade of meat from our local butcher. Locally raised is the way to go in terms of flavor and quality.

After the brisket was done cooking, I added a bit of chopped parsley and served it alongside the carrots, onions, and mushrooms that were made with it in the slow cooker. The liquid from the slow cooker can be used and transformed into gravy as well. The leftovers taste amazing as well, which is why I have no reservations making so much meat for only two people. 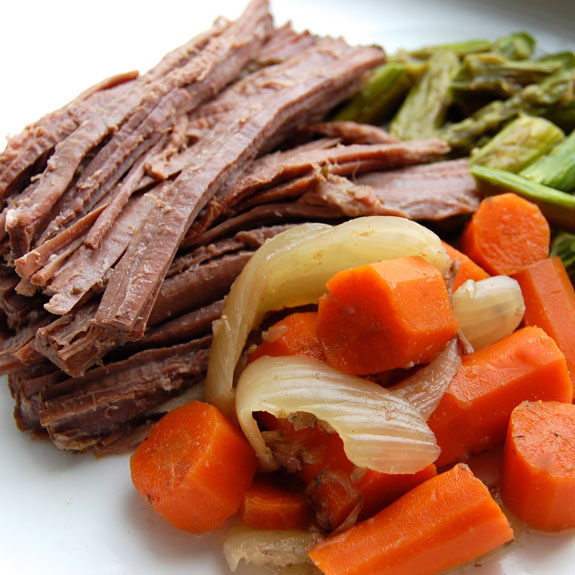 I know that normally large, hearty meals such as this one are good for enjoying during the cold months, but brisket really reminds me of summer. Perhaps it’s because I have always associated it with barbecue brisket, which is great for summer cookouts and picnics. For the Paleo diet I might mix some barbecue sauce with the brisket and serve with a side of sweet potatoes and slaw, or enjoy it in a sandwich. I have also been told about an idea to use the brisket in breakfast hash, which will I definitely have to try next time I make any.