One of my favorite things about my Paleo diet lifestyle is getting to eat avocados as much as my little heart desires. Sometimes I slice one in half, squirt some lime or lemon juice on it, sprinkle it with salt, and sit down with a spoon and have at it. But if you want to dress your avocado up just touch more, whether for yourself or guests, this avocado tomato salad is the recipe for you. 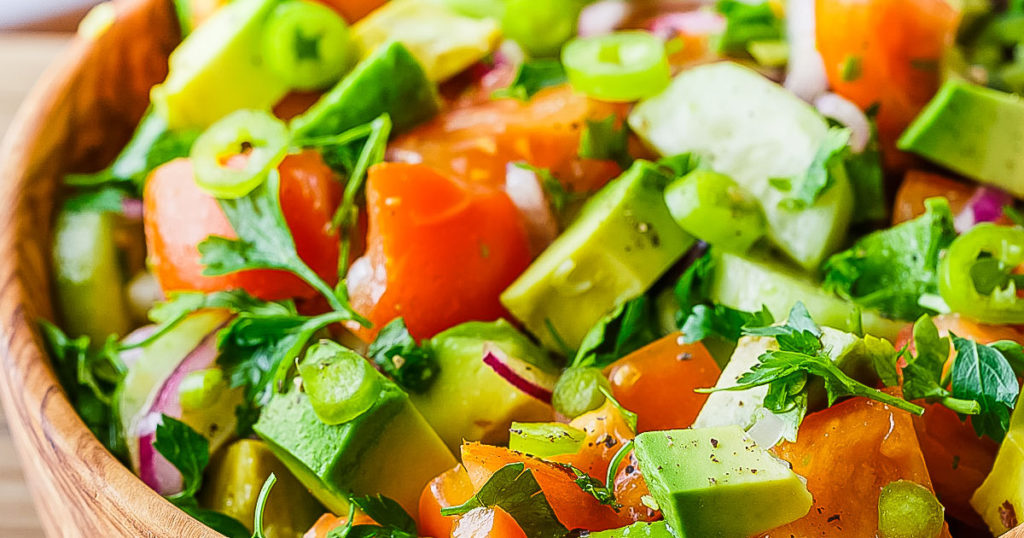 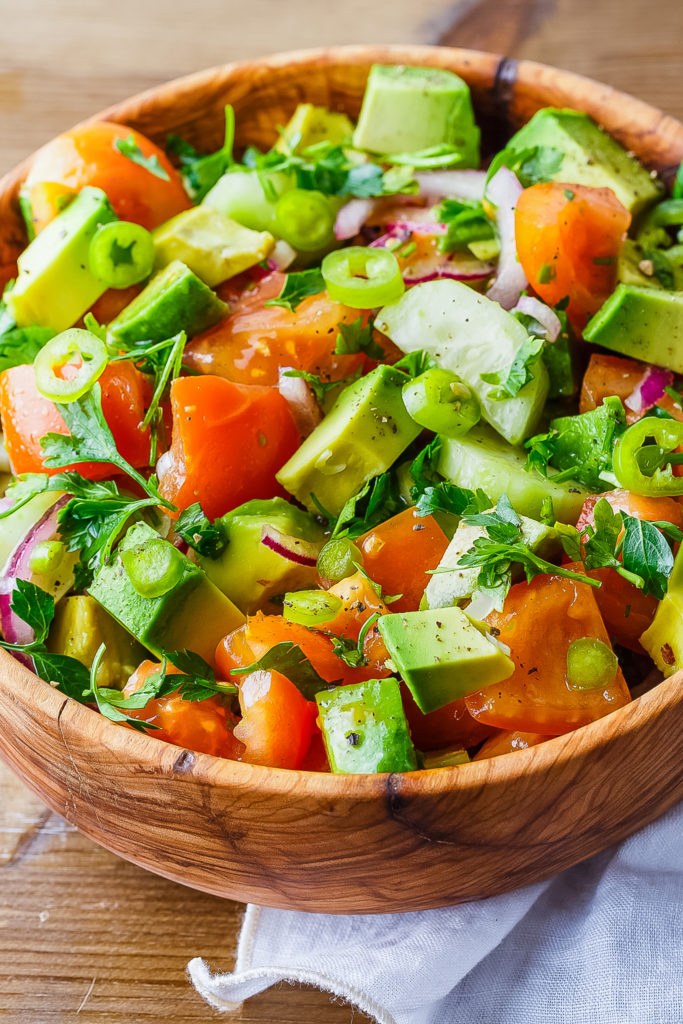 Avocados grow on avocado trees, in warm climates. They are indigenous to the Americas and there is evidence that people have been eating avocados since as far back as 10,000 BC. The English word avocado is a spin on the Spanish – aguacate – which itself is a take on the Native American Nahuatl word, ahucatl. The earliest known mention of an avocado in English dates to 1697, when the writer dubbed it an “avogato pear.” Apparently sometime after that, some English speakers got a little confused and thought “avogato” was actually “alligator” and so for a while, avocados were known in English as alligator pears. It kind of makes sense, actually, because the dark green, tough, bumpy skin of the avocado is reminiscent of the skin of an alligator.

Avocados are tasty, filling, and full of nutritional benefits. But what *are * they?! Believe it or not, an avocado is, botanically speaking, a big fat berry. In other words, an avocado is fruit! That may seem a little confusing because we think of fruit as being sweet or tart, watery, and basically consisting of carbohydrates but avocados are rich but plain flavored, firm, smooth, and almost entirely made of fat. 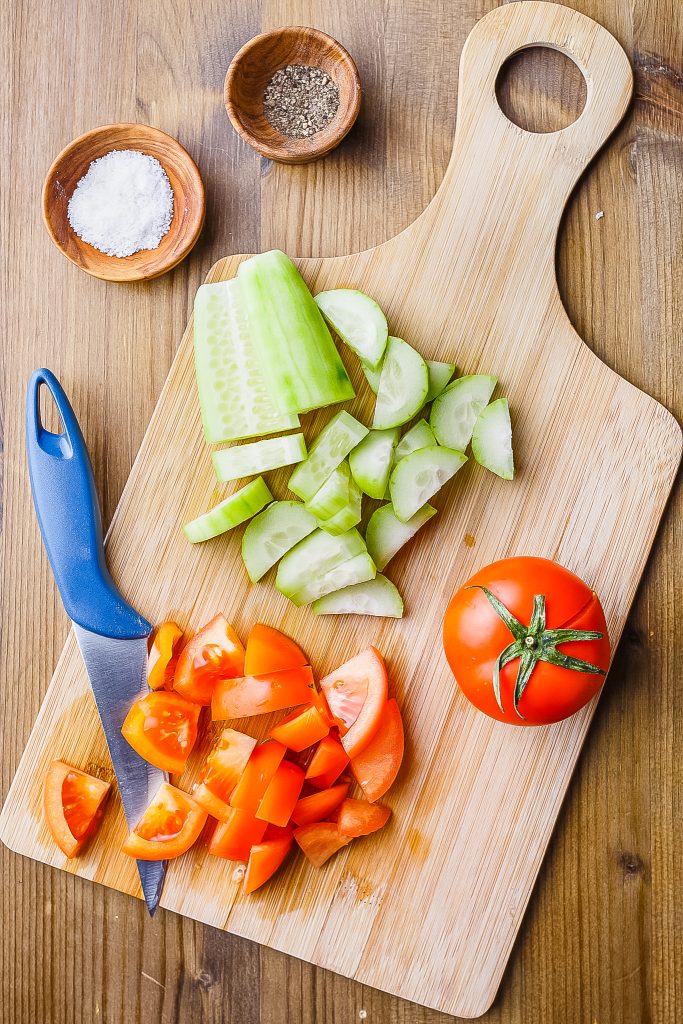 If the mention of a high fat content made you cringe, remember, this is Paleo: we don’t restrict fat because carbs are the real culprits. Our Paleolithic ancestors ate plenty of fat and so the human body developed to be able to process fat – as long as it isn’t paired with all those crummy carbs. And, while the type of fat you eat doesn’t matter a whole lot in Paleo, if you happen to be concerned about that, avocados are the good kind of fat: unsaturated. So chow down! 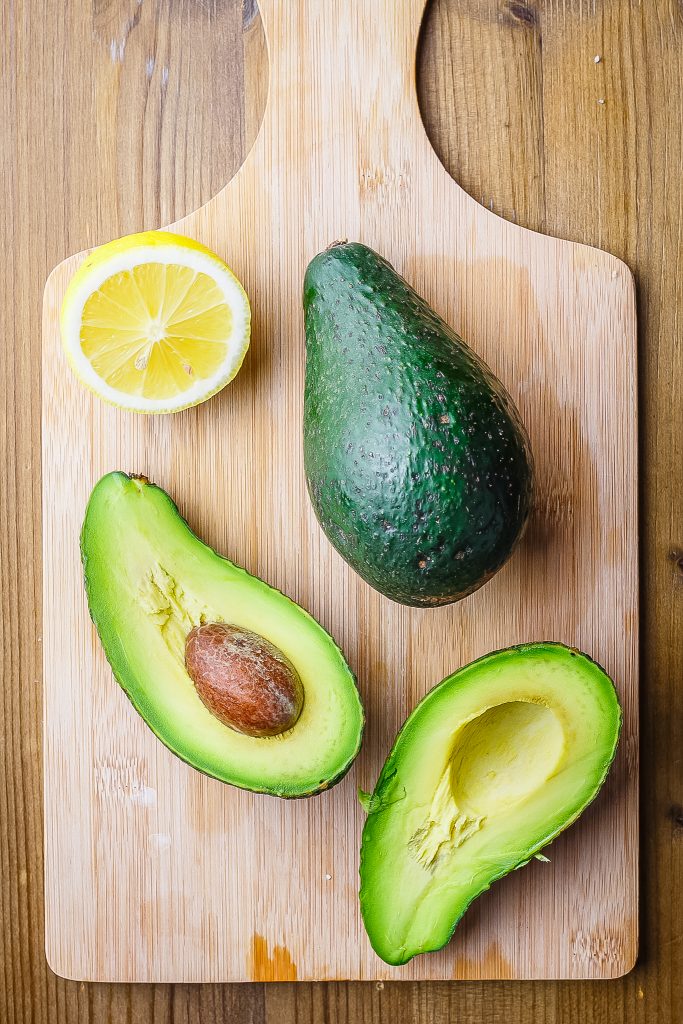 Have a great dose of healthy fat isn’t the only health benefit you get when you eat an avocado. They are high in vitamin K, folate, vitamin C, potassium (more than a banana, actually!), vitamin B6, and vitamin E. Also, the few carbs they have are offset by the gobs of fiber that avocados come packed with. And remember that just getting your vitamins is not enough. Many vitamins – like K and E, actually – are fat soluble, which means that if you don’t take in fat at the same time as these vitamins, your body cannot use the vitamins. So obviously there’s no problem with your vitamin uptake when you’ve got the healthy serving of fat that comes with an avocado. That means that not only are avocadoes themselves healthy, but they actually boost the nutritional value of other foods that you eat alongside of them.

Speaking of which, let’s talk about what else is in this delectable recipe. If you’re a guacamole lover, you’ll regonize a few things: lemon juice (feel free to substitute with lime juice – it’s good either way!), cilantro (if you’re somebody who doesn’t like cilantro, use flat leaf parsley instead), onion, and jalapeño. Yes, this recipe is kind of a riff of guacamole. But I’ve added cucumber and tomato to boost the texture and bulk of this bowl of yumminess a bit. Finally, don’t forget the salt. Salt really brings together the creamy, subtle taste of the avocado with the onion, citrus, and cilantro. 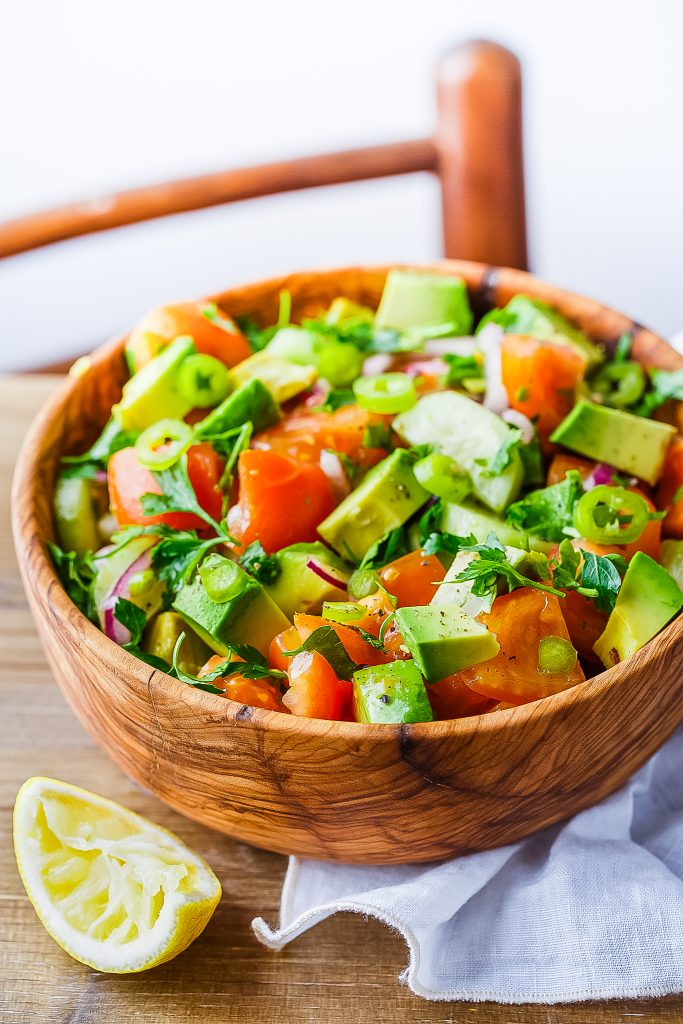 One final tip before I go… if you’ve never learned how to properly get the seed out of an avocado, this is going to change your life. Cut the avocado in half the long way. Twist apart the halves and hold the half with the seed firmly in the palm of your hand. Now, take a relatively sharp knife, like a butcher’s knife, in your other hand and with a flick of your wrist, lodge it firmly in the seed. Once the knife is in the seed, twist the avocado while twisting the knife the other way and pulling up at the same time. The seed should pop out. To get the seed off the knife, do NOT pull the seed – it may cause you to jerk the knife out suddenly and injure yourself. Instead, put your hand over the top of the knife and gently press down on the seed from above with your thumb and forefinger. The seed should pop off.

So now you are all set to make a great side dish or stand-alone salad that is healthy and satisfying and full of the goodness only avocado can bring to your plate.

(Make this next: The Best Cucumber Salad Ever)