Apples are one of the most popular fruits in the western world, and they can be used about a thousand different ways—not to mention that they’re delicious to eat out of hand! These paleo apple recipes cover baked goods like cakes and muffins, ice cream dishes, salads, stews, soups, and anything else you can think of using apples. Try some this apple season! 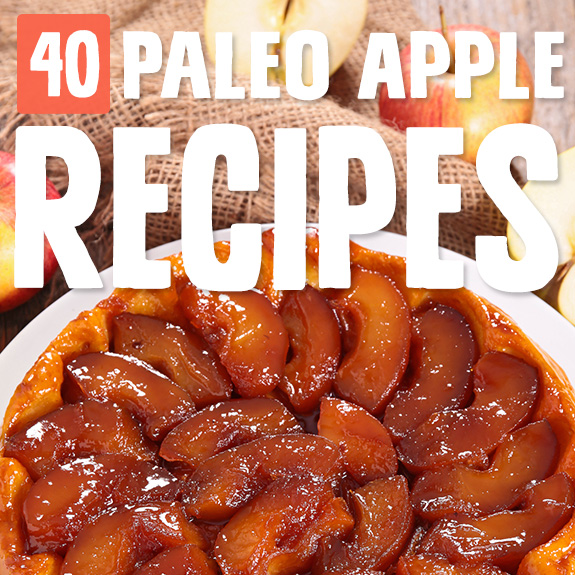 1. Spicy Strawberry Dessert Salsa
This salsa is sweet, crunchy, fruity, and delicious with a bit of a kick from the jalapeno. Strawberries, kiwi, apple, and lime juice make the perfect base for this treat, which you can serve with paleo sugar cookies as a dip! A cookie recipe is linked on the page. 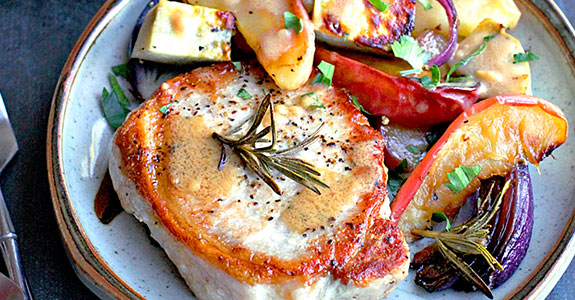 Photo: Two of a Kind Cooks

3. Silky Butternut Squash and Apple Soup
This easy soup is nourishing with rich butternut squash, sweet and tart green apples, bone broth (you could use any broth from the store if you don’t have bone broth), coconut milk, nutmeg, allspice, pecans, and coconut oil. With such simple ingredients, where can you go wrong?

4. Apple Muffins
Apples are great in muffins because they’re a natural sweetener, and they have a flavor that’s very agreeable to most people without overwhelming the lovely flavor of the muffin itself. This version is made with eggs, coconut flour, vanilla, coconut oil, and cinnamon.

5. Cinnamon Apple Noodle Breakfast Bowl With Candied Nuts
This yummy breakfast bowl is crunchy and sweet with fruit and nuts, and you can make it diary free by using coconut yogurt (or your favorite paleo yogurt) instead of Greek yogurt. Adjust the seasonings to your liking—I’d add more cinnamon, I think! 6. Green Goddess Smoothie
This luscious smoothie really is fit for a goddess, with vanilla almond milk, apple, frozen banana, fresh spinach, chia seeds, and avocado. It’s super creamy and the banana makes it both frosty and sweet, with lots of nutrients from chia seeds and the other ingredients.

9. Dijon and Apple Brussels Sprouts
Playing on the bitterness of Brussels sprouts and the sweetness of apples, this Dijon-flavored dish is perfect for Brussels sprouts skeptics. It’s flavored with maple syrup, cayenne, pepper, slivered almonds, garlic, and lemon zest for the perfect blend of flavors and textures. 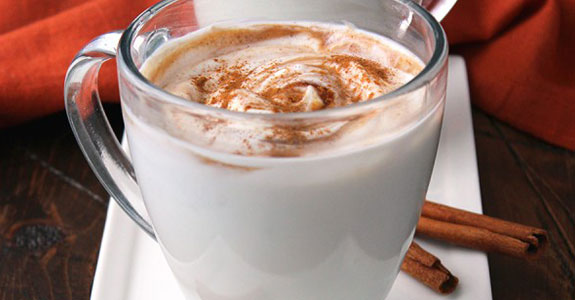 10. Apple Lassi
Lassi is an Indian yogurt drink that’s used as a digestive and also happens to be super tasty. This easy paleo version is made by swirling cinnamon and apple butter into coconut yogurt—if you want it more drinkable like the traditional version, thin it with a bit of almond milk.

11. Sweet Plantain Apple Bacon Hash
Sweet plantains are a great source of healthy carbohydrates, and they add a sweet flavor to this breakfast hash that goes wonderfully with apples and bacon. A touch of cinnamon really plays on the flavors—add lots of protein and nutrients with cooked eggs on top!

12. Cinnamon Apple Streusel Bread
Who doesn’t love streusel bread? It has a gooey, crumbly top that’s better than frosting on cake, and this version is made with dates, grass-fed butter, honey, cinnamon, and apple, so it’ll be pretty difficult not to just eat it with a spoon before you put it on the bread.

13. Cranberry and Apple Stuffed Turkey Breasts
In this recipe, sweet apples and tart cranberries infuse their flavors into the turkey breast, creating a fantastic dish that’s easy to make but impressive to family and guests. You’ll also need bacon, walnuts, mushrooms, fresh rosemary, fresh thyme, and a cooking fat of your choice. 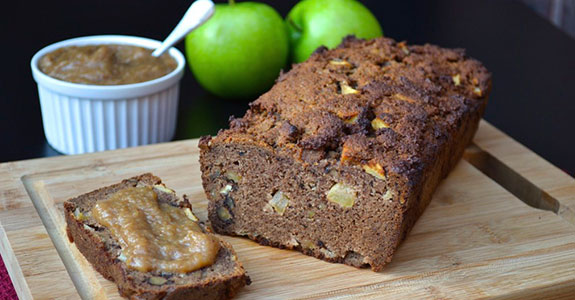 14. Spiced Apple Walnut Loaf With Apple Butter
With ginger, cloves, cinnamon, and allspice, this delicious loaf has bursts of unexpected flavor along with sweet apples and a nutty flavor from the almond flour and chopped walnuts. It’s sweetened with apple juice and a touch of honey—maple syrup would also work well.

15. Rosemary Apple Pork Chops
These pork chops couldn’t be easier to make. All you need is olive oil, salt, pepper, paprika, apple, and rosemary! Top them with an apple cider vinaigrette made with lemon juice, maple syrup, salt, pepper, and olive oil. Serve with your favorite veggie side dish.

16. Fennel Salad With Pears, Apples, and Mustard Vinaigrette
I love apples and pears with fennel because the fruit is so sweet and the fennel as that deeply sweet-savory licorice sort of taste that is so unique. This salad is lovely and simple topped with a dressing made from olive oil, lemon juice, and grainy mustard.

17. Creamy Banana and Apple Butter Parfait
Have you ever frozen bananas and whipped them into banana ice cream? It’s so tasty and naturally sweet, and I love using it in this apple butter parfait with sweet homemade apple butter, vanilla extract, and honey or coconut sugar candied pistachios. 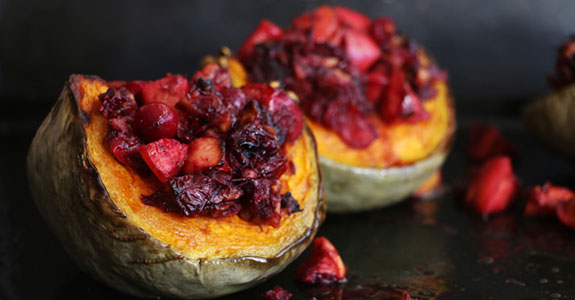 18. Baked Squash With Apples and Cranberries
This baked Hokkaido squash is soft and sweet and filled with apples and cranberries along with walnuts, chewy dates, maple syrup, lemon juice, cinnamon, ground cloves, and salt. It’s so delicious and sweet it’s almost like a dessert squash! Yummy.

20. Plum, Pear, and Apple Grain Free Crumble
There’s no denying that apples were basically destined for fruit crisps and crumbles. They hold their shape when cooked down but are still soft and gooey, and in this crumble with plums and pears and a cinnamon almond flour topping, they are perfectly maple-sweet and amazing with coconut milk. 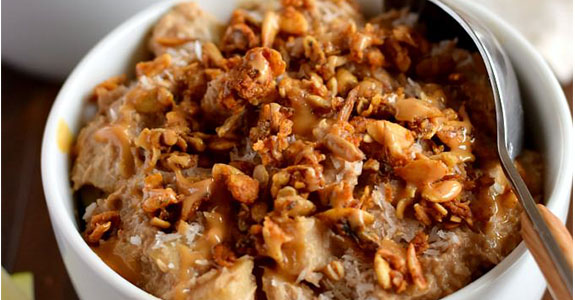 24. Boozy Vegan Salted Caramel Apple Ice Cream
You don’t even need an ice cream maker to make this awesome treat, though you could certainly use one if you have it. It’s hand-churned with chopped apples, coconut oil, cinnamon, coconut milk, maple syrup, and a homemade salted caramel apple bourbon sauce.

25. Fennel Apple Salad
Here’s another take on fennel apple salad with lemon juice, olive oil, chopped walnuts, barberries, chopped dill, salt, and pepper. It’s super simple to make and keeps well enough that you could make it the night before and take it to lunch the next day. 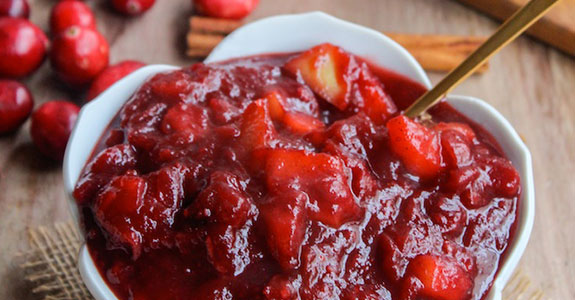 26. Cranberry Sauce
Sweetened with apple and coconut sugar and spiced with cinnamon, allspice, and freshly grated ginger, this easy coconut sauce will blow anyone out of the water who’s used to that canned junk that nobody likes. I’ve converted lots of cranberry haters with similar recipes!

27. Slow Cooker Spiced Pear Sauce
This pear sauce is creamy and delicious, made with both pears and granny smith apples. It’s spiced with star anise, cinnamon, and vanilla bean scrapings for a delicious treat that’s awesome on its own or served with dairy-free ice cream for an extra delicious dessert.

28. Apple Spice Sauerkraut
I’ve been a little obsessed with fermentation lately, so much so that I’ve bought a few books and tried more than a dozen recipes. Most of them have been awesome, and one favorite has been this apple spice sauerkraut that’s a little bit sweet, tart, and cinnamony all at once.

29. Zucchini Apple Spice Muffins
For muffins that are soft, moist, and gently sweetened with honey, these are perfect. The almond butter base ensure that they’re rich with an awesome flavor, while ground ginger, cloves, nutmeg, allspice, and lots of cinnamon add some warmth. Vegan adaptation available! 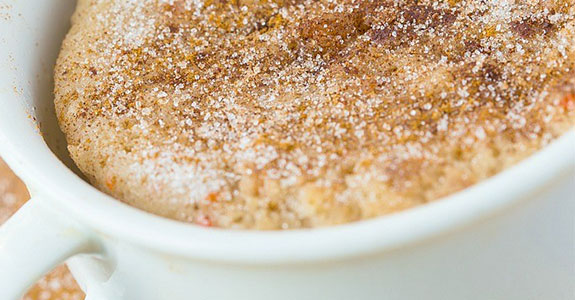 30. Healthy 1 Minute Apple Cinnamon Muffin
This single-serve muffin can be made either in the microwave or in the oven if you’re not into microwave baking. It’s made with applesauce, cinnamon, coconut and almond flours, dairy free milk, and just a few other ingredients. Omit the oat flour for the paleo version.

31. Grain Free Apple Cinnamon Muffins
You can never have too many muffin recipes, and this one makes about a dozen, so you’ll want to keep in on hand. These muffins are made with almond flour, tapioca flour, cinnamon, eggs, honey, coconut milk, coconut oil, shredded apple, and vanilla extract.

32. Roasted Acorn Squash and Apple Soup
Apples sweeten this soup up nicely, but don’t get the wrong idea—this is a very savory dish with onion, carrots, celery, garlic, turmeric, ginger, curry powder, and coconut milk for a bit of added creaminess. I’d like to have this with some warm, grain-free biscuits or rolls.

33. Apple Brussels Sprouts Hash
Hopefully by this point in my list, you’ve now started to appreciate apples in savory dishes if you didn’t already. This is one of my favorites, with Brussels sprouts, garlic powder, balsamic vinegar, chopped hazelnuts, pepper, and if you’d like some extra protein, eggs. 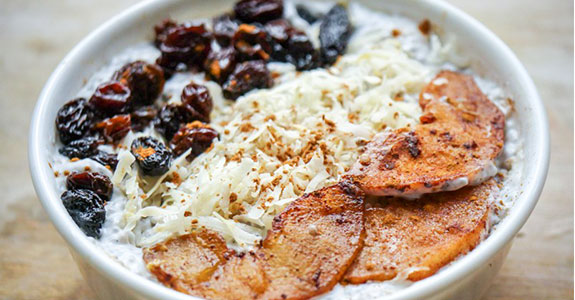 34. Cinnamon Apple Chia Pudding
Chia pudding is a great way to start your morning with protein and nutrients, especially if you aren’t a fan of eggs (sadly, I’m not). This version is made with coconut milk, vanilla bean, ghee, apple, cinnamon, raisins, shredded coconut, and sea salt.

35. Cauliflower Parsnip Soup
Apple really is a great asset in soups because it has a silky texture and gently sweet flavor when pureed. This soup also has parsnips, onion, coconut milk, coconut oil, garlic, cauliflower, and delicious truffle oil to drizzle on top. If you can’t find truffle oil, garnish with olive oil instead. 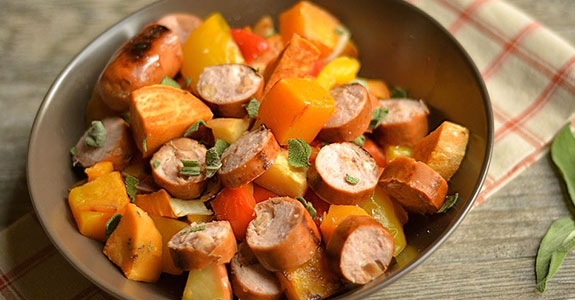 38. Roasted Vegetable, Apple, and Sausage Medley
With protein, veggies, and sweet apples, this medley of chicken sausage, onion, garlic, bell peppers, sweet potatoes, and butternut squash is ideal for any meal of the day from breakfast to lunch to dinner. Finish it off with sea salt, pepper, and fresh sage.

39. Brussels Sprouts Slaw With Cabbage and Apples
Slaws are refreshing any day of the year, especially when they’re filled with flavors like granny smith apple, chopped walnuts, and crunchy (and pretty) red cabbage. This one is made with a lemon-Dijon vinaigrette with honey, sea salt, and ground ginger.

40. Paleo Plantain Apple Cake
This apple cake is dense and fudgy, almost like a brownie but without the chocolate! You’ll need eggs, avocado oil, maple syrup, vanilla extract, ripple plantains (not the green ones), salt, cinnamon, and peeled and chopped apples. This cake is awesome