It’s not too hard to make a Paleo-friendly apple pie once you get the crust sorted out. These apple pies all have Paleo-friendly ingredients throughout, so you can eat them and not get that guilty feeling that you get on other diet plans, because you’re staying on course, not veering off of it. You should never beat yourself up on Paleo, since it’s pretty easy to come up with a delicious and alternative way to enjoy the foods you love, like apple pie and other desserts. 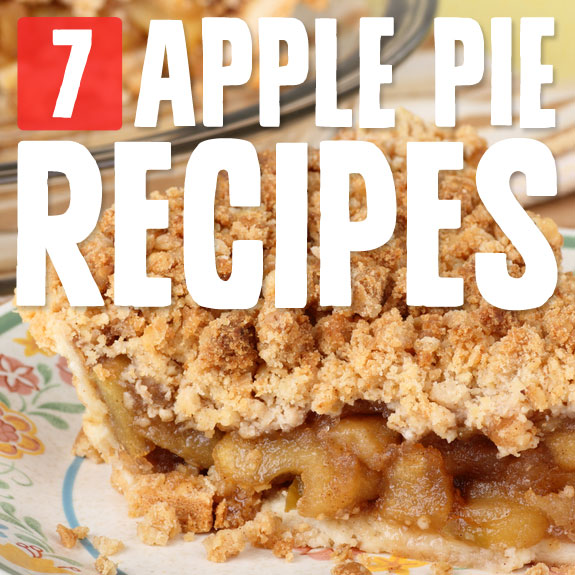 1. Zenbelly Apple Pie
They’ve come up with what we’re calling the quintessential Paleo Apple Pie here. From crust to filling this is going to be your best bet at making a traditional apple pie that will satisfy your craving completely. Many of the times you have to sacrifice a bit of classic flavor when cooking Paleo, especially when baking Paleo. But this recipe has found a way to bridge the gap better than anything else we’ve seen to date. The crust is made from almond flour, and the insides use all Paleo-approved items, so you’re good to go and can enjoy this without any mental drama going on. 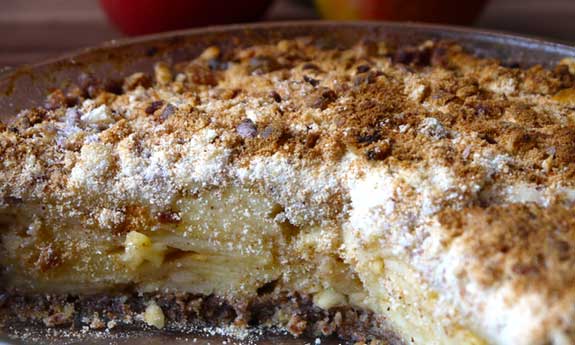 2. Apple Pie Crisp
One way to make apple pie taste even better is to add an additional element to it. In this case they’ve added a top layer of crisp to it so you’ll get a crunchy sweet crumble in each bite of pie. Perhaps when you think of apple crisp you think of an entirely different type of dish, similar to an apple pie, but made in a casserole dish and served in what amounts to a pile. This pie is taking the two worlds and combining them, giving you the presentation of a pie piece, and all the flavor of both desserts. Add some Paleo ice cream to this and you’ve got a slam dunk of a dessert.

3. Simple Mini Apple Pies
These mini apple pies are perfectly portioned, and require no slicing, everyone gets their own mini pie. Usually what happens when you go to serve a slice of pie you end up crumbling up the piece and it ends up looking not so good. When everyone gets their own pie you don’t have to worry about serving mishaps, and they look really good for presentation. You also don’t have any arguments over who gets the last piece. This is an apple pie you can feel good about, because it’s vegan which means it doesn’t contain any animal by-products even. This is a grain-free and dairy-free way to get your dessert.

4. Deep Dish Apple Pie
You’ve heard of deep dish pizza, but how about a deep dish apple pie? That’s what’s on deck with this apple pie recipe, that promises an extra thick slice of pie. There are a few extra items used that you typically don’t find in a classic apple pie recipe. They’re using fennel and ginger, so there’s a lot going on in this one. If you’re up to trying new things, and you should learn to be if you’re going to do Paleo long-term because a lot of it involves broadening your food horizons, this is a fun pie to try. 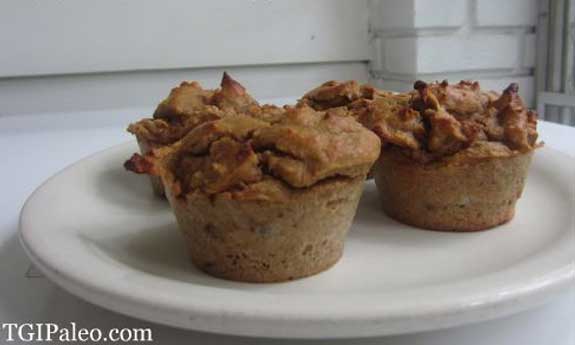 5. Apple Pie Muffins
Take your apple pie on the run with these apple pie muffins that capture 100% of the taste of an apple pie and put it in muffin form. You won’t miss the fact that this isn’t a pie, since it will be all nicely packaged for you and ready to eat. The best part is that you can make a full batch of these at night for a dessert, and then have another one in the morning for breakfast. It’s nice to have something to look forward to on Paleo, since it doesn’t involve any cheat meals or free days, you have to build yummy Paleo-friendly treats at regular and strategic intervals.

6. Paleo Caramel Apple Pie Bars
These apple pie bars will definitely get your attention and test you on your ability to eat just one. They say these are raising the bar, a cute pun on the fact that they are bars, but we’d have to agree that they’ve taken the concept of apple pie a step further with the addition of caramel. And before you get too worked up about having caramel on a “diet” plan, it’s made from wholesome ingredients. This doesn’t mean you can overdo it, it just means that a reasonable portion won’t thwart your weight loss efforts because it’s made with real food.

7. Apple Pie Nachos
Here’s one of the most creative ways we’ve seen for coming up with a dish that tastes like apple pie, but doesn’t resemble it at all. These are great for serving up at game time when you want to switch over from salty snacks to something sweet. The ingredients list includes most things you’ll find in an apple pie, along with some new additions, but that shouldn’t take away from the apple pie taste you’ll get from this. It’s a great way to work dessert into your game day snacking, and is sure to turn some heads when you first present it.