In a nation of immigrants, most dishes are twists on the cuisines of other countries, and we love to adapt them and make them our own. Try out some of these classic “All-American” dishes made paleo! 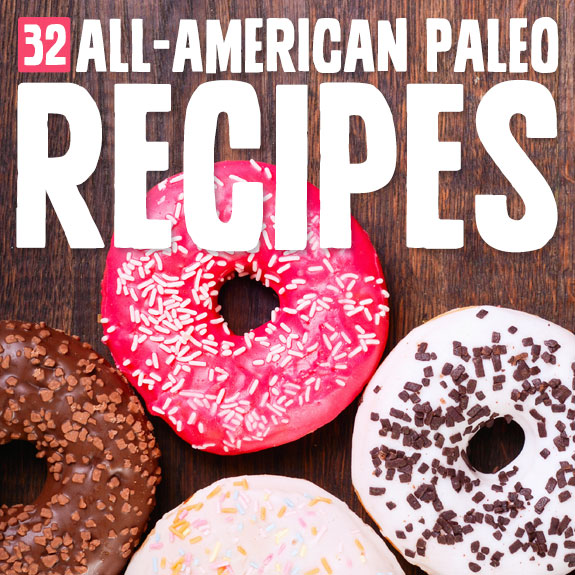 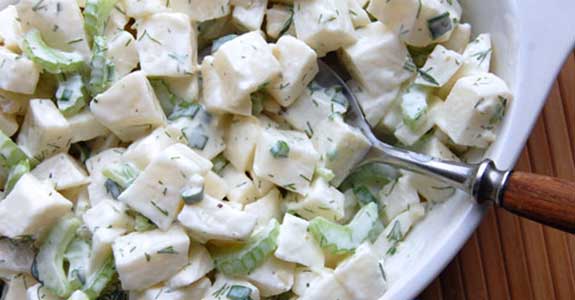 This healthy and unique twist on classic potato salad adds jicama instead of potatoes so it’s 100% Paleo and still tastes like the original. The best part is you feel great after eating it and you don’t get that overstuffed feeling that comes from eating traditional potato salad.

These apples are the picture of fall and are made with a delicious coating that happens to be completely paleo and also raw! Medjool dates, coconut milk, nut butter, vanilla bean scrapings, maple syrup, coconut oil, and other ingredients make these more than fantastic.

Speaking of apples and fall, who wants a cider donut? Me! These donuts are popular with kids and adults alike for their cinnamon flavor and slight sweetness that’s still dessert without being cloying. You’ll top it off with an amazing caramel made only from apple cider. Wow!

A Southern classic, cornbread is usually way off limits to paleo folks—being made of corn and all. This version tastes remarkably like the cornbread you used to enjoy, but has no corn, and is flavored with rosemary, pumpkin, and maple syrup. 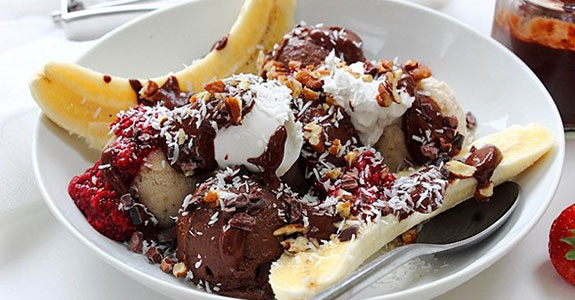 This banana split has “the works”—every topping you could ask for! If you’re not in the mood to spend quite as much time working on this, feel free to just include your favorite toppings. My favorite parts of this are the banana soft serve ice cream and the chocolate sauce.

Headed to a picnic with family and friends? Don’t go without a potato salad—in this case, a healthy one that’s mustard free. Basil, walnuts, red wine vinegar, Dijon mustard, garlic, and other ingredients will leave you with the best darn potato salad you’ve ever had.

These donuts are super easy and have a lovely chocolate glaze made with my favorite sweetener: maple syrup. It’s a 2 ingredient glaze that makes these donuts birthday-worthy. Now if I can just convince my husband he needs a birthday donut tower instead of a cake…

This burger is the epitome of an American classic dish. It’s a tender and juicy beef burger topped with bacon strips, tomato, onion, fresh lettuce, and homemade paleo-friendly ketchup. Instead of a flour-filled bun, stick it between two Portobello mushrooms caps and dig in. 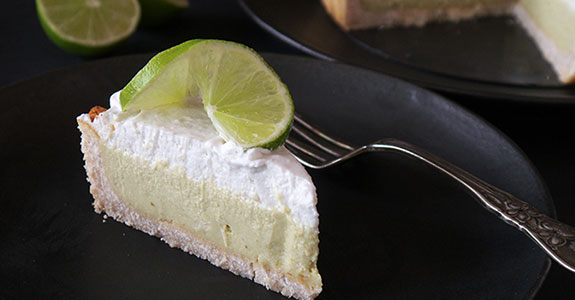 This key lime pie has a crust made with coconut flour and tapioca starch, and a maple-sweetened raw cashew and key lime filling with coconut oil and avocado. Top it with a cream layer featuring full-fat coconut milk and vanilla extract. Yummy.

This chocolate mousse is a fluffy, nutrient-dense twist on pudding made from hemp seeds, raw cacao powder, ripe avocado, banana, maple syrup, cayenne, ground ginger, and sea salt. You won’t even believe there’s avocado in this bowl of chocolatey goodness.

To quote the cliché, what’s more American than apple pie? This one is beautiful and unique in shape, and features a crust of almond and coconut flours with arrowroot powder and coconut oil (or you could use butter). The filling is sweet and lightly spiced with cinnamon, vanilla, and cloves.

This tomato pie is made with beautiful heirloom tomatoes, a rustic almond flour crust, and a cashew herb filling flavored with garlic, lemon, basil, parsley, and salt. You’ll use various tomatoes and herbs to crate the topping—if you don’t have heirloom tomatoes, just use what you can find. 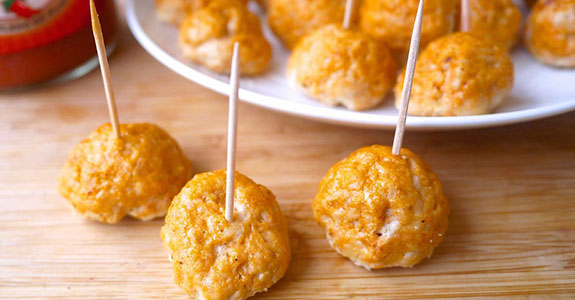 Everybody loves a good meatball, and everybody loves buffalo sauce. So where can you go wrong with paleo0friendly buffalo turkey meatballs? This recipe uses Frank’s hot sauce, garlic powder, onion powder, and other flavors to mix up some meatball magic.

This pizza is made on a crust of spiralized potatoes and features avocado, tomatoes, zucchini, kale, garlic, basil, and other toppings and seasonings. If you avoid white potatoes completely, you could also make it with sweet potatoes (as long as you’re okay with that flavor!).

As a kid, I remember being jealous that I lived on a street that rarely saw the ice cream truck. To make me feel better, my dad would make homemade pudding pops! This healthier version of that treat uses chia seeds, natural sweeteners, and bananas or other fruits.

While we’re talking about puddings, I might as well give you a more classic version of chocolate pudding that doesn’t use chia or any other unusual ingredients—a pudding that your grandmother wouldn’t be an eye at. This more traditional version uses arrowroot and egg yolks. 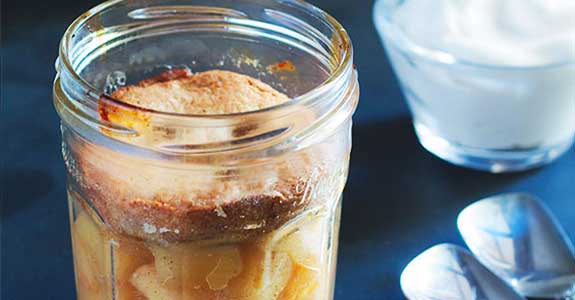 This jello recipe is a kid-friendly favorite dressed up with coconut cream and basil leaves for a treat that’s grown-up friendly, too! I recommend using grass-fed gelatin for this recipe—Vital Proteins or Great Lakes are great.

Honey mustard is an American favorite, and this chicken recipe uses homemade honey mustard flavors and herbs to create a tender chicken dish with garlic, rosemary, and other flavors that’ll satisfy your cravings all in one bite.

Deviled Eggs are a popular food at picnics and other gatherings, and they’re also a protein-rich snack that can be made healthy with the right ingredients! This recipe uses coconut oil mayo, Dijon mustard, smoked paprika, and French-style Gherkins.

Remember those orange smoothies from the mall? Yes, delicious. But not so healthy for you—they’re loaded with sugar and artificial ingredients! Try this healthy version with orange juice, coconut milk, honey, vanilla, orange zest, and just a pinch of sea salt. 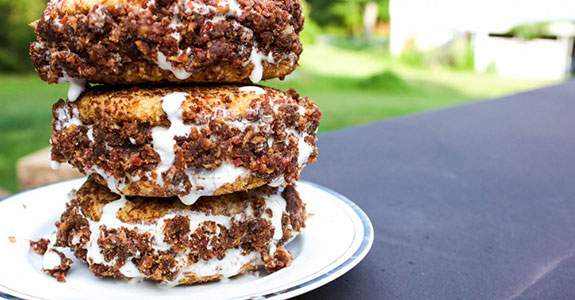 While I didn’t have ice cream truck access as a kid, I had a sleep-away summer camp with the best (packaged) ice cream sandwiches we could buy from the shop after swimming. They were made with chocolate chip cookies and chocolate chips, and didn’t have bacon. But this recipe DOES.

After you got your Orange Julius in the food court, you probably headed over to Auntie Anne’s for your pretzel. Don’t deny it! But what if I told you that there’s a better version—one that’s paleo?! This recipe uses cassava flour and tapioca starch, and is everything you miss about soft pretzels.

These fun tarts are made with fresh fruit and life-changing “1-2-3” custard. This is the first I’m hearing of the stuff, and you can bet I’m making it for dessert tonight. In three steps and with just three ingredients, you’re on your way to naturally sweet pudding goodness!

This recipe doesn’t use nutritional yeast or anything fancy like that. You can make a cheesy sauce without cheese by cooking vegetables in coconut milk until they’re soft, and then pureeing them with an egg yolk. Perfect, right? Try this recipe that uses cauliflower as “noodles.” 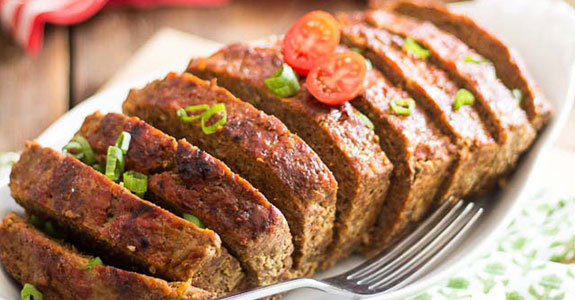 This meatloaf isn’t stupid, but it’s so easy that it’s stupid-easy. It has tons of flavor and uses cauliflower in place of bread crumbs, which acts as a binding agent and keeps the meatloaf nice and moist. The Dijon mustard gives this meatloaf an amazing flavor!

Here’s another take on potato salad, and this one uses grilled veggies with a scallion pesto made from green onions, olive oil, tahini, garlic, and Dijon mustard. The recipe calls for parmesan, but offers nutritional yeast as a non-dairy substitute. I’m going to make this one for dinner tonight!

I’m including this recipe as a substitute for mashed potatoes, the ultimate comfort food. While white potatoes are allowed on a paleo diet, it’s recommended that you limit them to an occasional treat. So try this cauliflower version, which tastes remarkably like potatoes and is made with bone broth.

These cookies taste like the class chocolate chip cookie you grew up eating as a kid, but they’re free of grains, dairy, refined oils, and refined sugars. Instead, they’re made with almond butter, coconut palm sugar, and Enjoy Life chocolate chips. 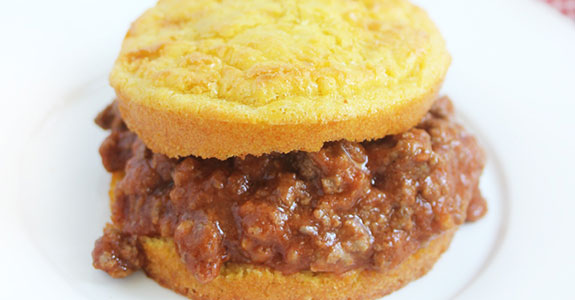 As a kid, I love Sloppy Joes on potato rolls. Now, I’ll have them on grain-free rolls and seasoned with mustard, vinegar, chili powder, tomato sauce, and other healthier and more natural ingredients than whatever’s in the pre-made seasoning envelope from the store.

Pumpkin bread is as much a fall favorite as caramel apples and apple cider donuts, and now you can make a paleo version, too. This bread is made with coconut flour and starches, and it’s sweetened with maple syrup and seasoned with cinnamon, ginger, and vanilla.

I wish I had a dollar for every friend who’s ever told me they “don’t like cranberry sauce,” and then I’ve found out they’ve only ever had it from a can. Do people really still eat that stuff? Yuck! Homemade cranberry sauce is fantastic, and I love this recipe with orange and ginger.