I’m a summer baby so when the air starts to chill, it gets me a bit down. But there’s always one thing that comes around this time of year that cheers me up right away: pumpkin! I used to head straight to Starbucks to get my pumpkin spiced latte on the first day they served them, but they’re loaded with sugar. So, now that I’m Paleo, I’ve found a bunch of new fun ways to get my pumpkin fix and what’s better than starting the day with pumpkin pancakes and caramel sauce? (It’s not a bad end to the day, either, by the way…) 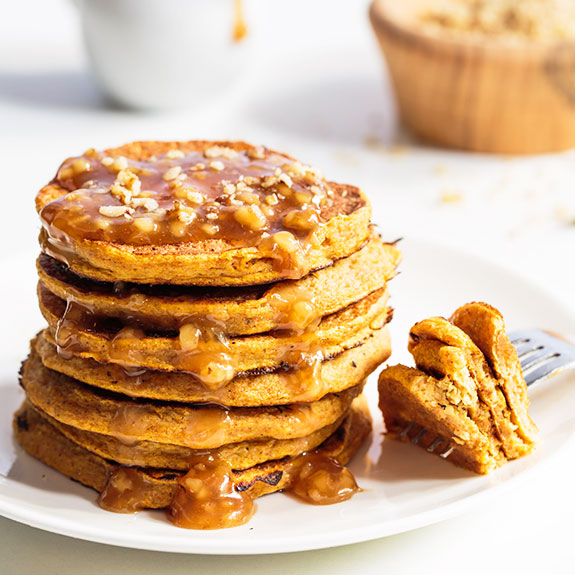 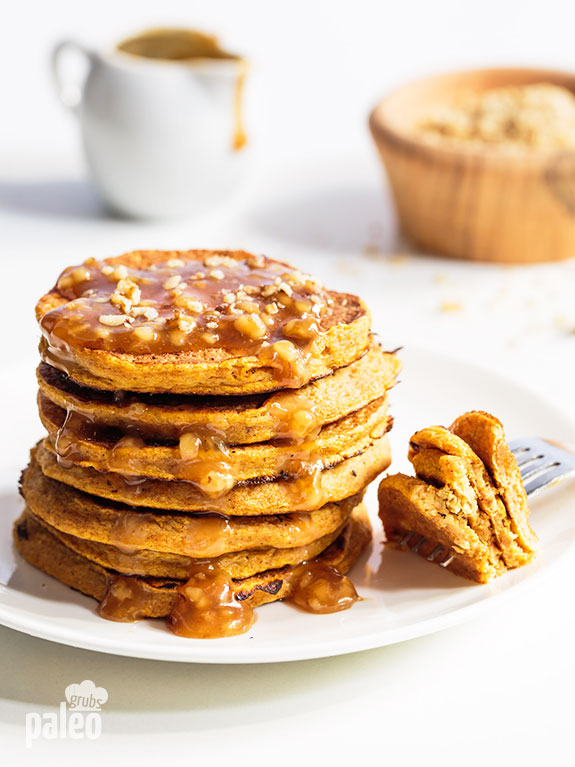 And yes, I’m about to tell you how to make pumpkin pancakes AND caramel sauce in a Paleo-friendly way!

These pancakes are super simple – easier than regular pancakes, I think, because there are fewer ingredients. And, they only use a small bit or almond flour (perfectly paleo itself) because the pumpkin puree needs just a bit of flour to help it come together as a pancake. As an added benefit, these pancakes will never be icky and dry like some regular pancakes. They are always moist and chewy because of the pumpkin puree. 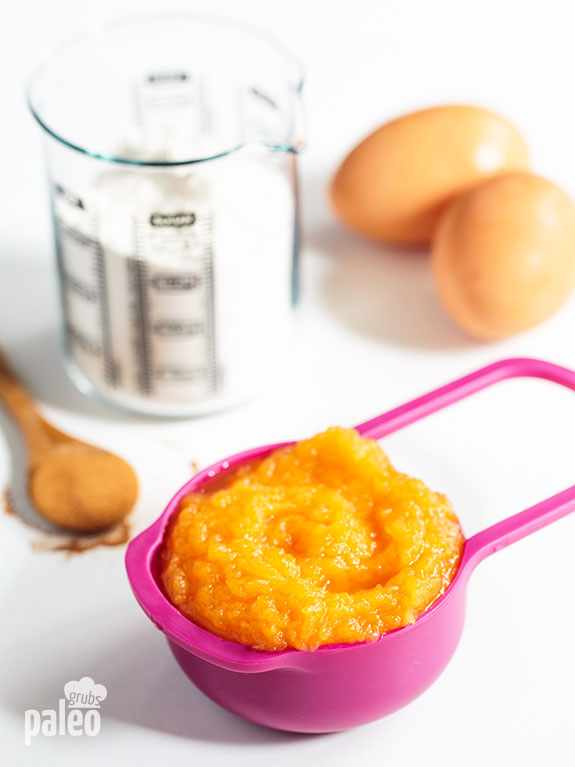 Now don’t get me wrong. These pancakes are perfectly yummy all on their own. But if you want to have an extra special treat, you absolutely have to try this Paleo caramel sauce.

Regular caramel is usually made from sugar, cream, butter, and vanilla, but the first three ingredients on that list are generally Paleo on-nos. But when you get used to cooking Paleo style, you begin to be able to see where you can replace certain non-Paleo items with more Paleo-friendly things. And this is an easy recipe to do that with. 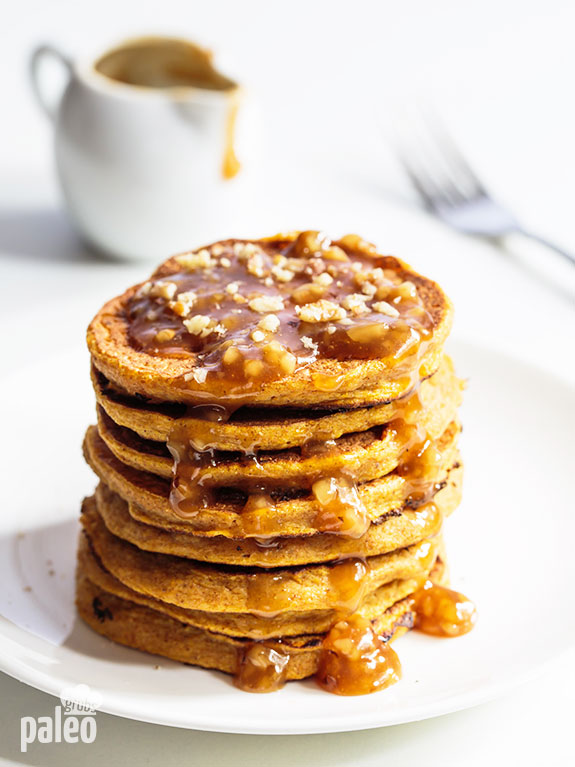 First, we use honey instead of sugar. Honey metabolizes slower than sugar, meaning that it won’t spike your blood sugar in same way sugar does, even though it lends sweetness to your recipe, just the same. Honey is also reported to have antibiotic properties and oftentimes has nutrients that sugar doesn’t. So honey is a great replacement for sugar in just about any recipe.

Instead of butter, we used coconut oil. Some Paleo eaters are fine with butter, or its clarified cousin, ghee, and you could use ghee for this recipe. But, coconut oil adds flavor and is, in fact, better for you than butter, so why not use the fat that’s healthier with more flavor? That’s an easy choice.

Finally, although coconut isn’t dairy, it substitutes just perfectly for the cream, and, just like the coconut oil, adds flavor to your caramel, while still being Paleo friendly. 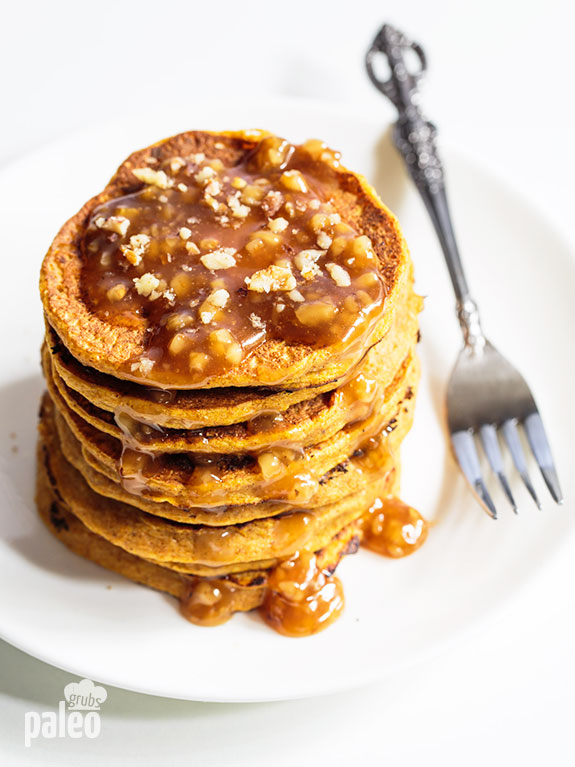